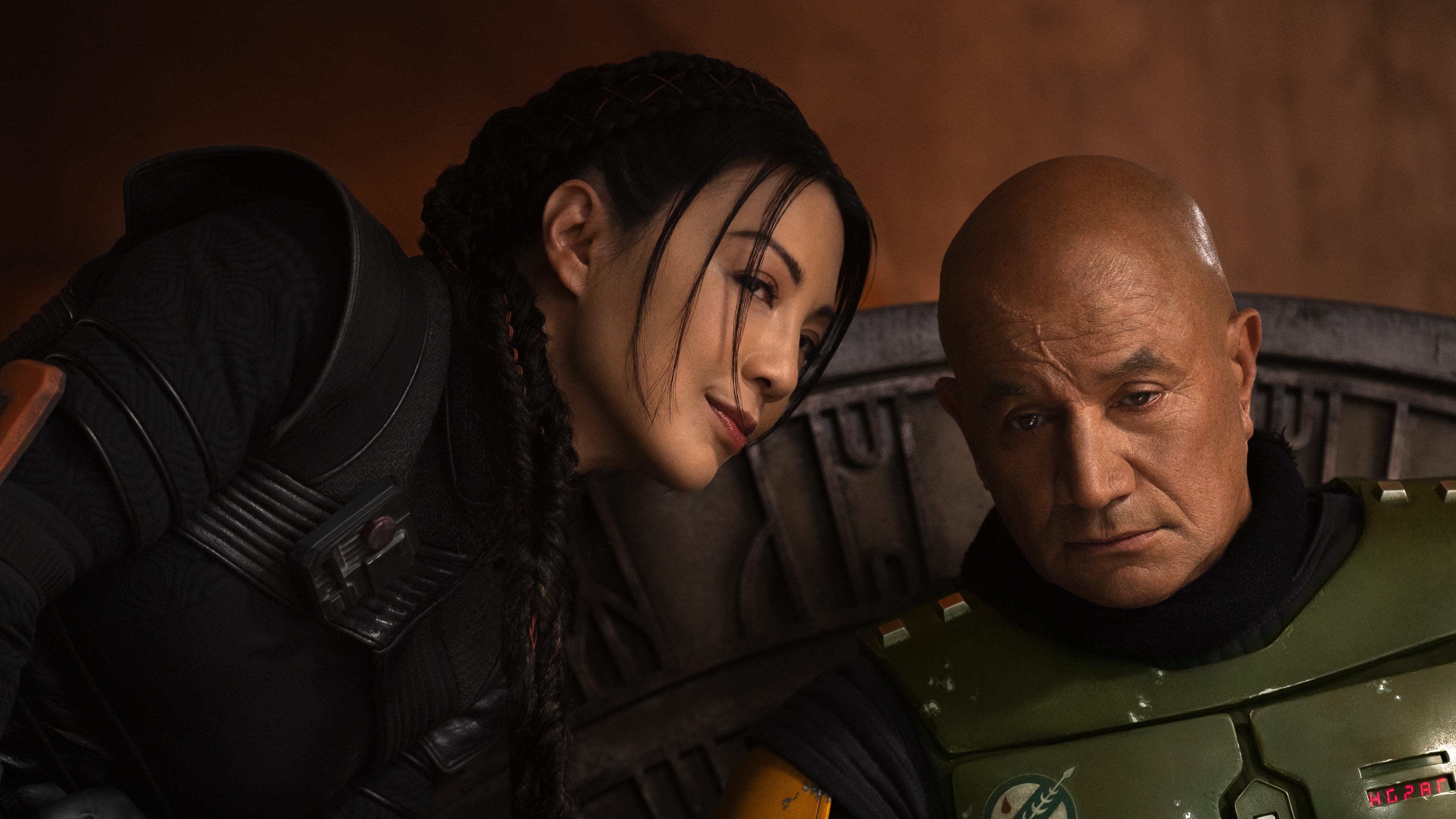 Fett is asked by water-monger Lortha Peel to punish a gang of cyborgs who are stealing his water in Mos Espa, claiming that the citizens of Tatooine do not respect Fett yet. Upon seeing that the gang has no work, Fett employs the cyborgs as enforcers and demands that Peel reduce his prices. In his bacta tank, Fett recalls seeking the toll from the Pykes on behalf of the Tusken tribe, only to find the tribe destroyed by the Nikto gang on his return.

His memories are interrupted when Fett is attacked by Krrsantan. Fett, Shand, the guards, and the cyborgs fight off and capture the Wookiee. The Twins soon apologize for sending Krrsantan, claiming that Shaiz has promised Jabba’s territory to another syndicate. The Twins vow to leave Tatooine, and gift a rancor to Fett. After releasing Krrsantan and resolving to train the rancor, Fett goes to Mos Espa with Shand and the cyborgs to question Shaiz.

They find the mayor absent but chase down his majordomo who reveals that Shaiz is working with the Pykes. Later, the Pykes begin arriving in Mos Espa and Fett decides to prepare for war.