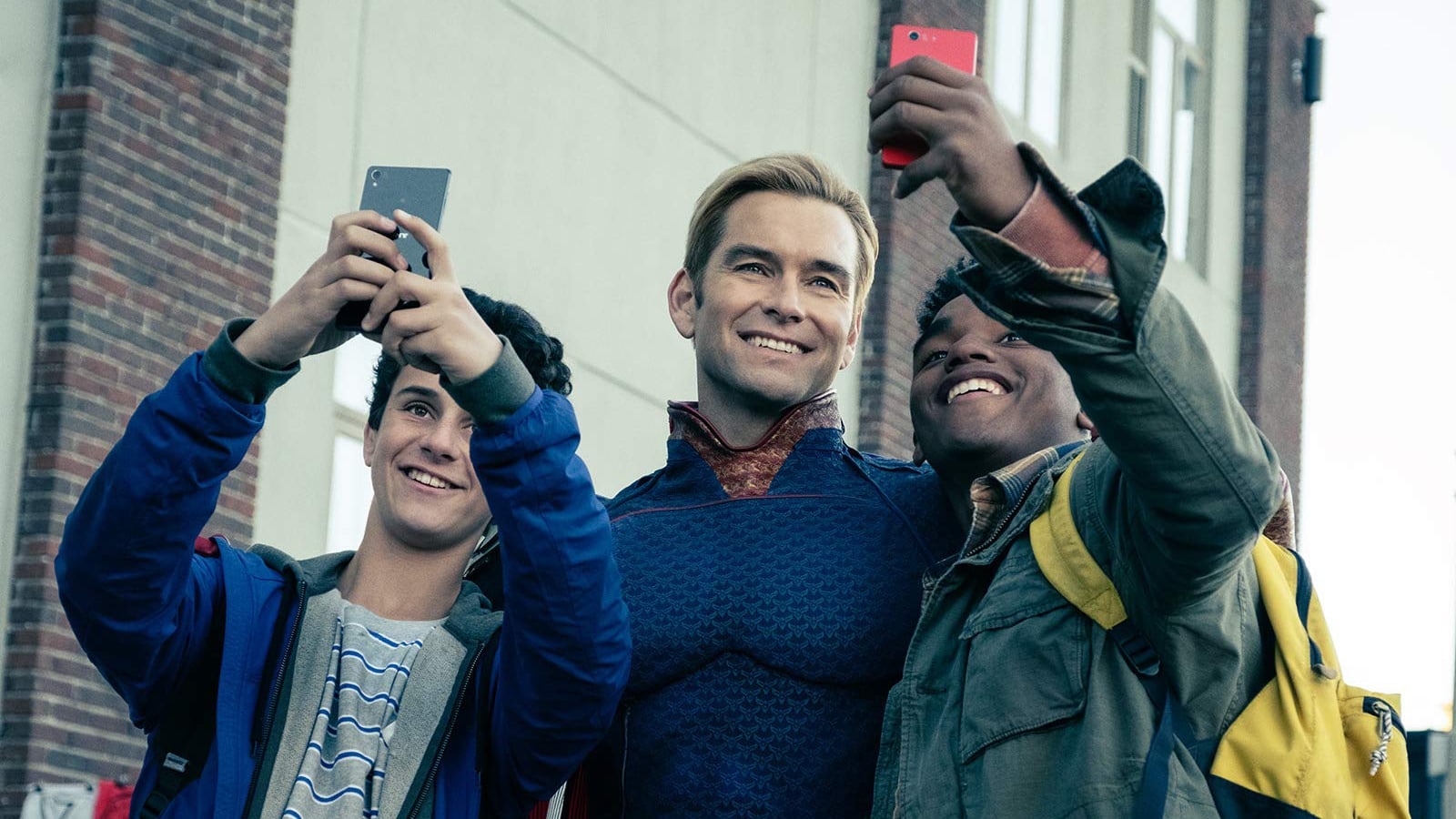 
Plot : The Name of the Game

Downtown, two kids discuss who would win in a fight between the Deep and Translucent. A large van transporting money, which has been hijacked, speeds towards the kids, who try to run, but are unsuccessful. Just before the van hits the kids, it is stopped by Queen Maeve, who fights off the assailants with Homelander’s assistance. News agencies report that Homelander and Queen Maeve never miss a chance at publicity, with Homelander taking photographs with nearby pedestrians.

At Bryman Audio, Hughie Campbell tries to talk to his manager, however, is shut down immediately. He meets with his girlfriend, Robin, having arranged to have lunch together. After leaving the shop, Robin asks if he asked his manager, Gary, for a raise. Hughie jokes that he couldn’t just kick his door down like Homelander. Robin and Hughie discuss them living together, when Robin suddenly explodes, having been in A-Train’s direct path while he was running. Hughie is left on the roadside, covered in Robin’s blood and holding her severed hands. After stopping for a moment, covered in blood, A-Train, with a red duffel bag slung across his chest, zooms away.

In Iowa, Starlight auditions for the Seven, where she partakes in an interview and shows her ability to project blinding white light from her body. Meanwhile, Hughie watches the news, in which A-Train “regrets” the death of Robin, telling the whole world that she stepped out into the middle of the street while he was chasing bank robbers. A representative of Vought International arrives at his door, revealing that Vought would like to offer him $45,000 if he signs a non-disclosure agreement — he asks for time to think about it and has visions of himself attacking the representative.

Back in Iowa, Starlight receives a call from Vought, announcing that she has been accepted to join the Seven. She and her mother are ecstatic. Hughie attempts to pull a lawsuit case together against A-Train, but is shut down by his father, who tries to convince him to take the deal as they could use the money. Hughie refuses.