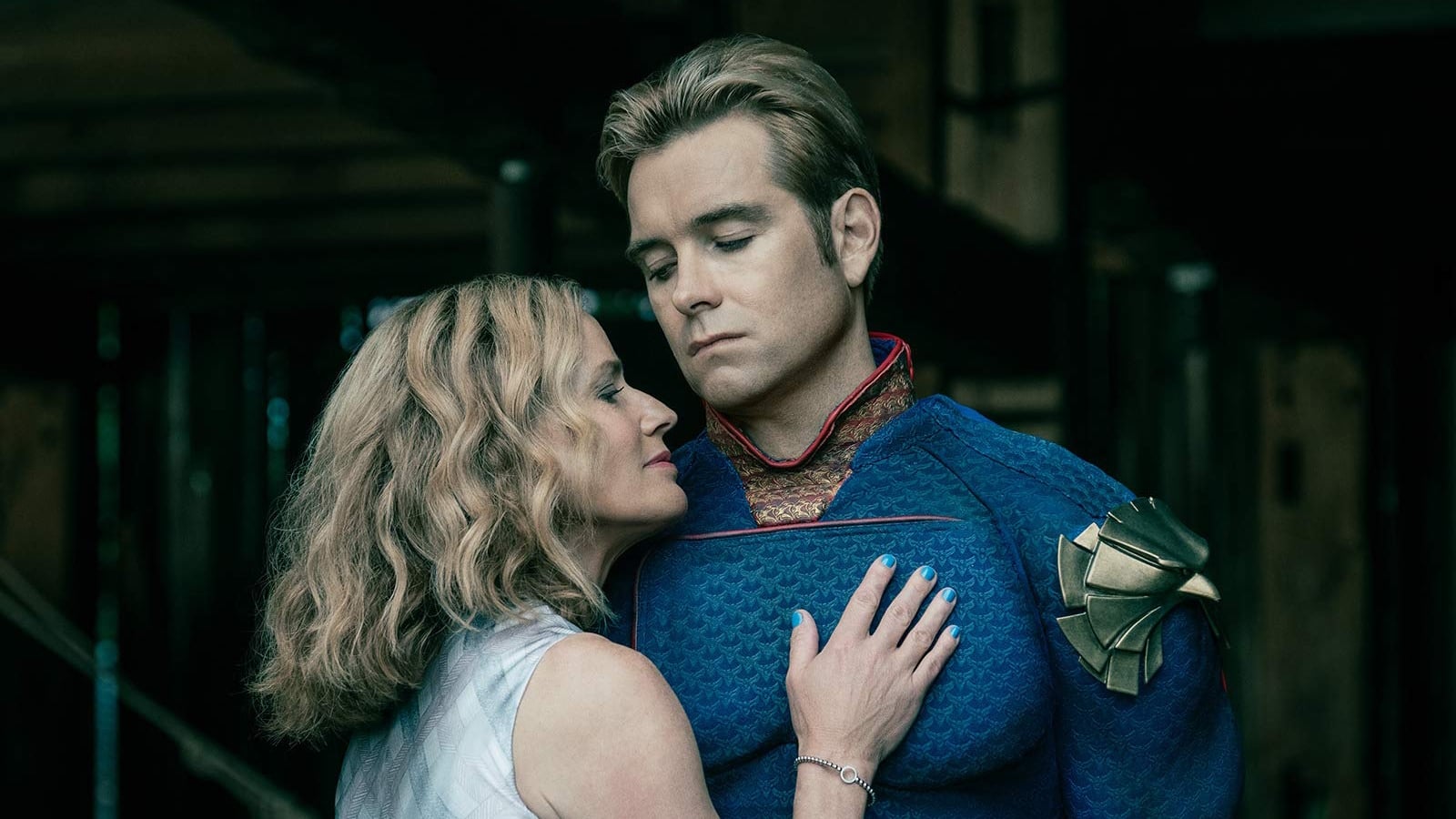 A Vought Industries promotional video titled “Super in America” is shown to Courtenay. The video introduces The Seven, showing kind acts they have done with underprivileged people. Courtenay, however, is very critical of the video, saying that it’s supposed to be for support of their presence in the military.

Starlight and Hughie participate at the local pub quiz. Hughie’s friend, Anthony, joins them. Anthony reveals certain stories from Hughie’s past to Starlight, much to his embarrassment. Anthony admits he has been worried about Hughie since Robin’s death; however, Hughie deflects, saying that he wanted a fresh start.

Mother’s Milk reveals to The Boys information he has found about shipments of Compound V. He reveals that Samaritans Embrace is a company bankrolled by Vought Industries that ships the compound to hospitals around the US. He reveals that no Supe is born, simply injected with Compound V as a baby. Butcher admits that they have many charges to take to Raynor.

At Seven Towers, Starlight approaches Stillwell’s office just as she hears the last words of Ashley Barrett being fired due to Starlight’s Believe Expo breakdown. Ashley tells Starlight that it was her idea to book Starlight for the Believe Expo, because it would play to her base. Starlight meets with Stillwell, who expresses her anger that Starlight isn’t following the rules; perhaps that she has been influenced by Queen Maeve’s reckless history. Starlight refuses to obey Stillwell, demanding that she be allowed to save people and follow her own rules. Stillwell contemplates firing Starlight; however, Starlight threatens that firing her will tank Vought Industries stock price considering that she just proclaimed she was the victim of a sexual assault. She also threatens to reveal that it was the Deep who harrassed her and points out how she’s aware she’s not be the first victim, precisely because Stillwell keeps covering for him. Should Stillwell fire Starlight, she will sink as well; angry but with no other options, she dismisses Starlight without further threat.

The Deep and A-Train film their respective parts of the promotional video. A-Train is questioned about knowing Popclaw; however, he replies that he hasn’t seen her in years.

Queen Maeve runs into Starlight at Seven Tower. Starlight admits that she was a fan of Maeve as a child, wanting to be exactly like her, having memorized much of her autobiography. Now, she assumes that it was more likely written by marketing.