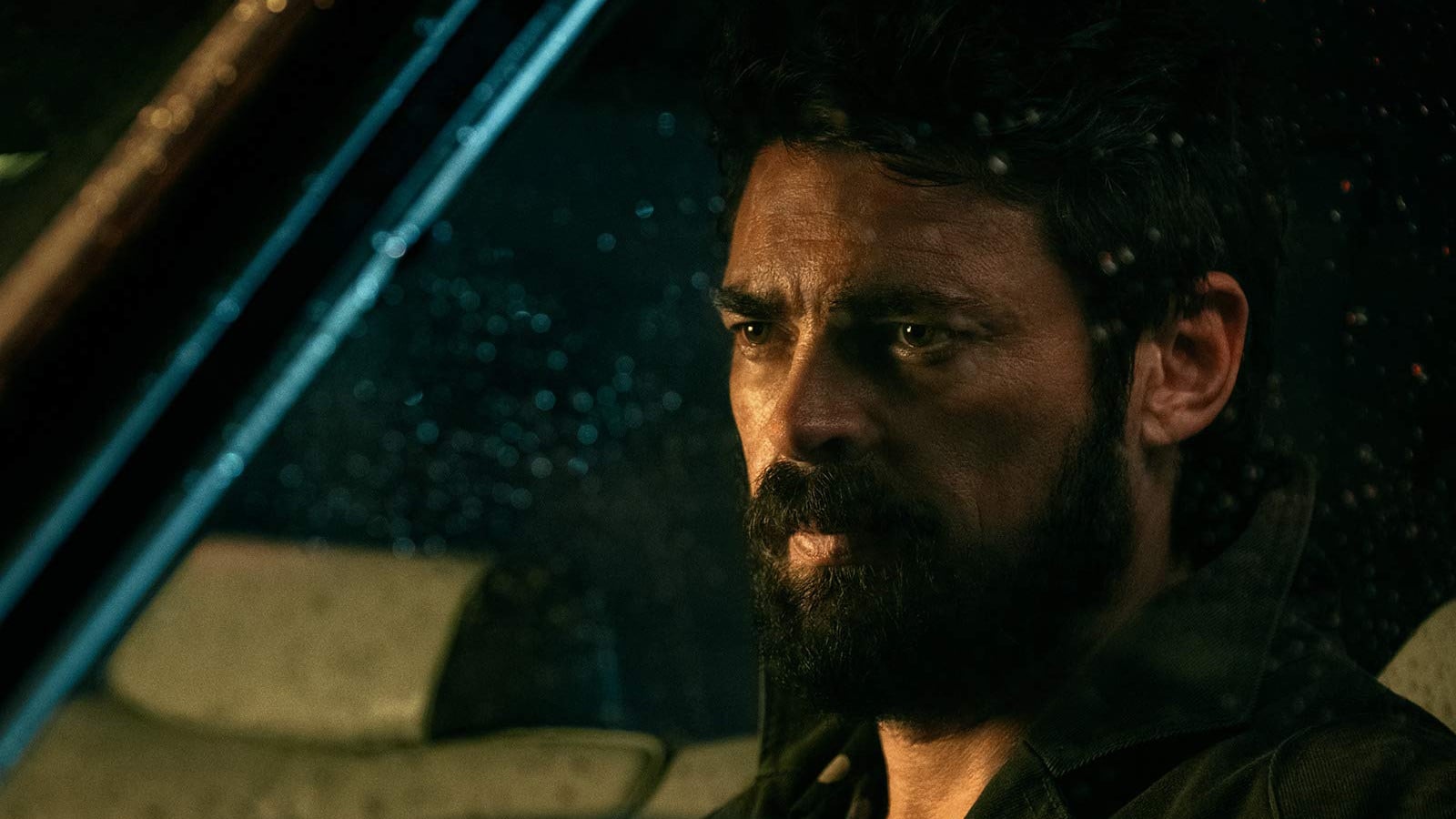 In a flashback 8 years ago, Butcher and his wife, Becca attend a Vought International’s Christmas party. Homelander thanks Becca for handling his Twitter take-over, much to Billy’s chagrin. Back in the present, Butcher watches as Hughie and Starlight meet at a hotel.

At the hotel, Starlight and Hughie have sex. Afterwards, Starlight questions why they are at a hotel, not at his place. Hughie confesses that it would perhaps be humiliating for her to meet his father, Hugh. Hughie admits to quitting his job after Robin’s death.

The Deep checks himself into an apartment in Sandusky, following orders from Stillwell. The Deep questions if he’ll be fighting crime, however is dismayed to find the lack of crime in the town. The Deep begins trying to write his memoir titled “Deeper: A Memoir”.

On the track, A-Train is told to quit taking Compound V, with his coach revealing that his bone density is suffering, along with many other vital measurements. A-Train receives a message from Homelander to meet at Seven Tower. When he arrives, Homelander criticizes The Seven for having been unreliable and sloppy recently. Homelander shows The Seven a picture of Hughie, declaring that Hughie is responsible for the death of Translucent, blackmailing Mesmer, Ezekiel, and Popclaw. He throws it over to A-Train, who doesn’t recognize Hughie … until the photo is zoomed out to show that it was from when they shook hands in that very room. Homelander also says that Hughie is targeting The Seven following Robin’s death. Homelander begins to suspect Starlight for any possible involvement in aiding The Boys. Maeve is able to calm an angry Homelander, promising to take responsibility for Starlight and her future actions.

Hughie says that what The Boys are doing with Vought needs to stop, however, Butcher forces him to admit that his change of heart is due to Starlight. Billy becomes angry after Hughie mentions Becca. Hughie receives a phone call from A-Train who threatens his father, which leads to the rest of The Boys figuring out they’ve been caught out thanks to Mesmer.

At his house, A-Train discovers that Hughie was once a fan of The Seven and mocks Hughie that it was stupid to come alone. Hughie is able to negotiate his father’s release from A-Train in exchange for a dose of Compound V. The two begin to debate over who was worse, with A-Train expressing his anger at Popclaw’s death, retorting that Robin’s death was accidental, whereas Hughie blackmailing Popclaw was on purpose. In a flash, The Female arrives, breaking A-Train’s leg with a crowbar, with Hughie sarcastically remarking that it would have been stupid to come alone. The two then leave A-Train on the floor with a shattered leg.

At their home, Monique and Mother’s Milk argue about M.M.’s involvement with Butcher, with Monique eventually agreeing to evacuate to a safe location.