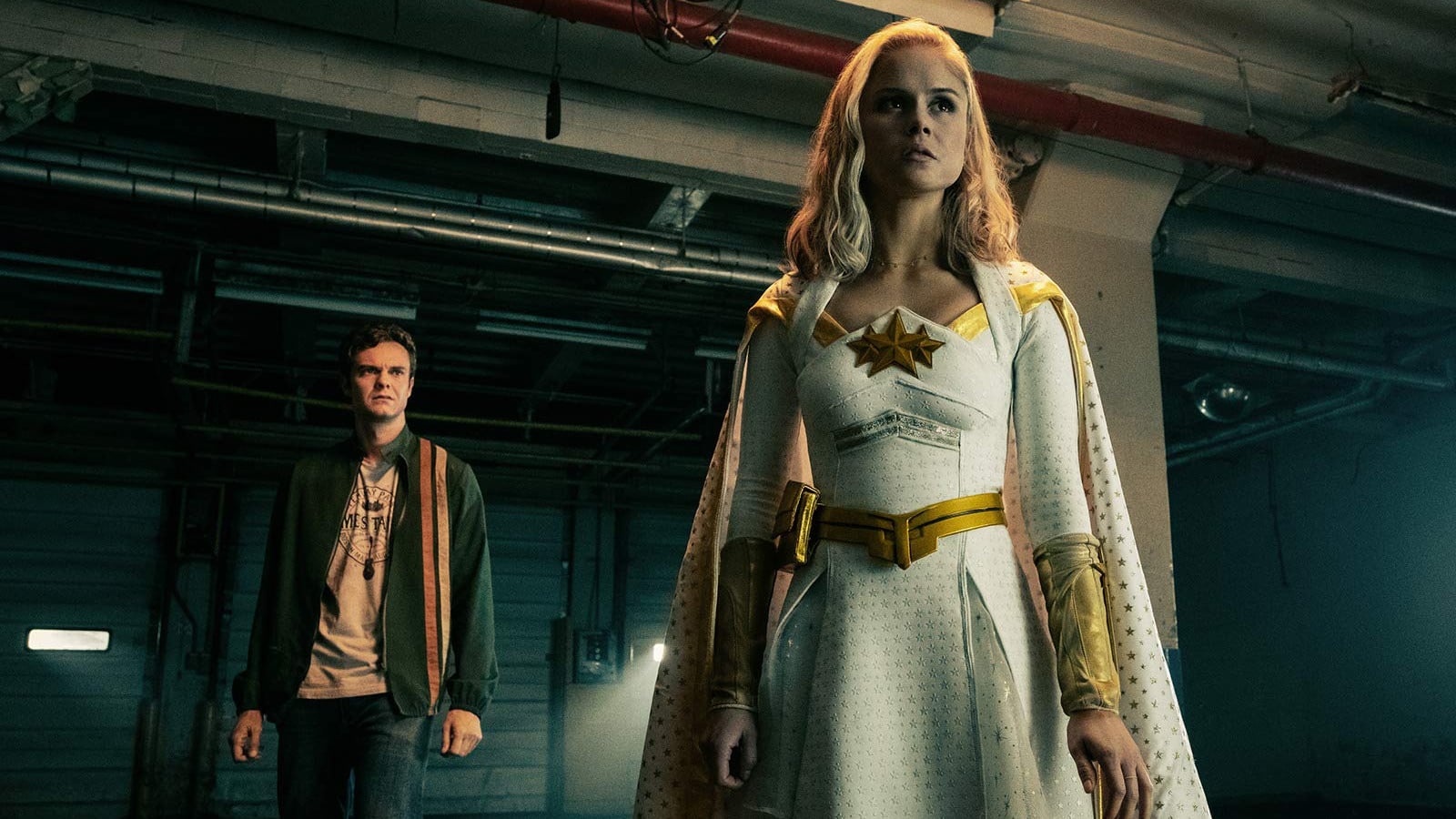 In Syria, US troops approach a drug warehouse under cover of darkness when Homelander arrives. Homelander tells the troops to go for a break, as he will handle the search. Inside the building, Homelander uses his laser eyes to kill the assailants; he exits the building with a vial of Compound V.

In a meeting with Stillwell, Jim Beaver questions how a Syrian gang have gotten hold of Vought’s compound, which she stonewalls. However, Stillwell admits that given the power of the Supes, Compound V is the only way to beat them.

On a call with Raynor, she reveals to Butcher that the CIA has decided to keep the existence of Compound V classified to keep Vought happy. Mother’s Milk tries to sell the story to a newspaper, but gets turned down. Raynor reveals that The Boys are wanted fugitives now. M.M. and Frenchie decide they need to split up and go their separate ways, but Billy has other ideas.

Starlight returns home, reminiscing about her father. She questions her mother about her knowledge of Compound V and what it does. Initially, her mother denies knowing about its existence, but eventually reveals that Vought promised that Starlight would have an extraordinary life as a result of the experiments. This angers Starlight who is upset that she never got to choose who she was. Much to Starlight’s dismay, her mother reveals that her father left because he no longer agreed with what they had done.

The Deep and Jeff drink and the Deep questions when he ships out, however, Jeff congenially reveals that Vought doesn’t want the Deep to leave Sandusky, and that the marketing department has created new promotional material based on him staying there.

Billy introduces Hughie to Grace Mallory, the founder of The Boys. Billy reveals that The Boys are back together, however Grace refuses to help them, but Billy says that she owes him.

Frenchie, The Female and Mother’s Milk are ambushed in their motel room by commandos. The Female initially fights back and tries to escape, but is tranquilized by one of the assailants. They’re all loaded into a van.

Grace refuses to help The Boys, revealing that the promise between them ended when The Lamplighter incinerated her grandchildren. Grace admits that she regrets training Butcher and aiming him at Homelander, but is begged for help from Billy. Grace agrees to reveal that Homelander and Stillwell have a complicated relationship and perhaps she may know his weakness. With this, Billy agrees not to return in the future.