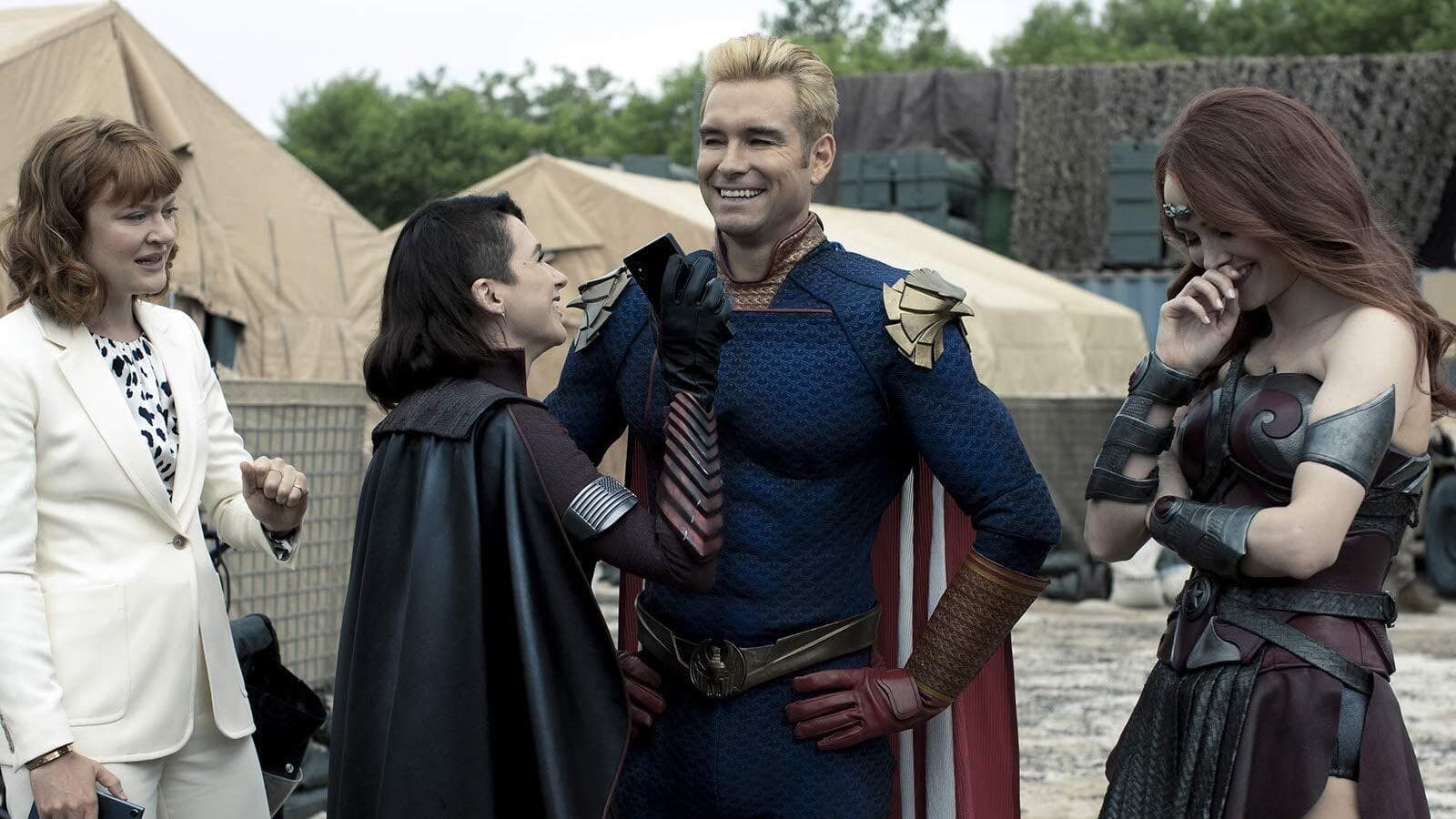 In a meeting, Stan Edgar, CEO of Vought, discusses the incorporation of the Supes into the military. He talks logistics and explains that they are prepared for a 34% casualty rate, in a worst case scenario.

Black Noir goes on a secret mission to kill the super terrorist known as Naqib. Meanwhile at home, Homelander holds the funeral for Translucent, along with Translucent’s family and his son Maverick. Homelander lies to the nation that Translucent was killed by the Supe Terrorists and that he will kill them to avenge his death. Starlight sings a song at his funeral.

Meanwhile, A-Train is hooked up to tubes at a hospital and appears to be in a coma, unable to talk or move.

In Sandusky, The Deep watches the funeral from a T.V. and tears up. He gets enraged when he sees that they cut him from a photo of him with Translucent. The Boys have gone into hiding with “associates” of Frenchie’s, the (Clarkson Avenue) Haitian Kings. Frenchie and Cherie deal with the gang business, MM works as medic to treat wounds, and Hughie as a supply man. Hughie leaves lying that he’s going on a supply run, and instead secretly goes to meet Starlight, who is back in her normal clothes and trying to be under the radar since Hughie is a wanted criminal. Hughie hands Annie a paper with a photo of a Supe named Gecko on it, hinting that he is the target for a secret mission and Annie needs to track him down. She recognizes him from her childhood, but she takes the paper and agrees to find him.

The Boys watch the news and see their faces still splashed across the media as “wanted”. They brainstorm what to do – run, find Compound V and tell the media, or stay and hide. Butcher is missing and is being blamed for Madelyn Stillwell’s murder, leaving Mother’s Milk as the defacto leader for the time being.

Homelander walks around Madelyn’s empty office and chugs a bottle of her breast milk. Ashley walks in on him awkwardly and thanks him for helping her get Madelyn’s old job. She says she’ll fill her shoes as best as she can. She says that they found them a new hero to replace Translucent. She introduces him to Blindspot, a blind superhero, and explains that he fits a specific demographic that will really serve The Seven’s image.