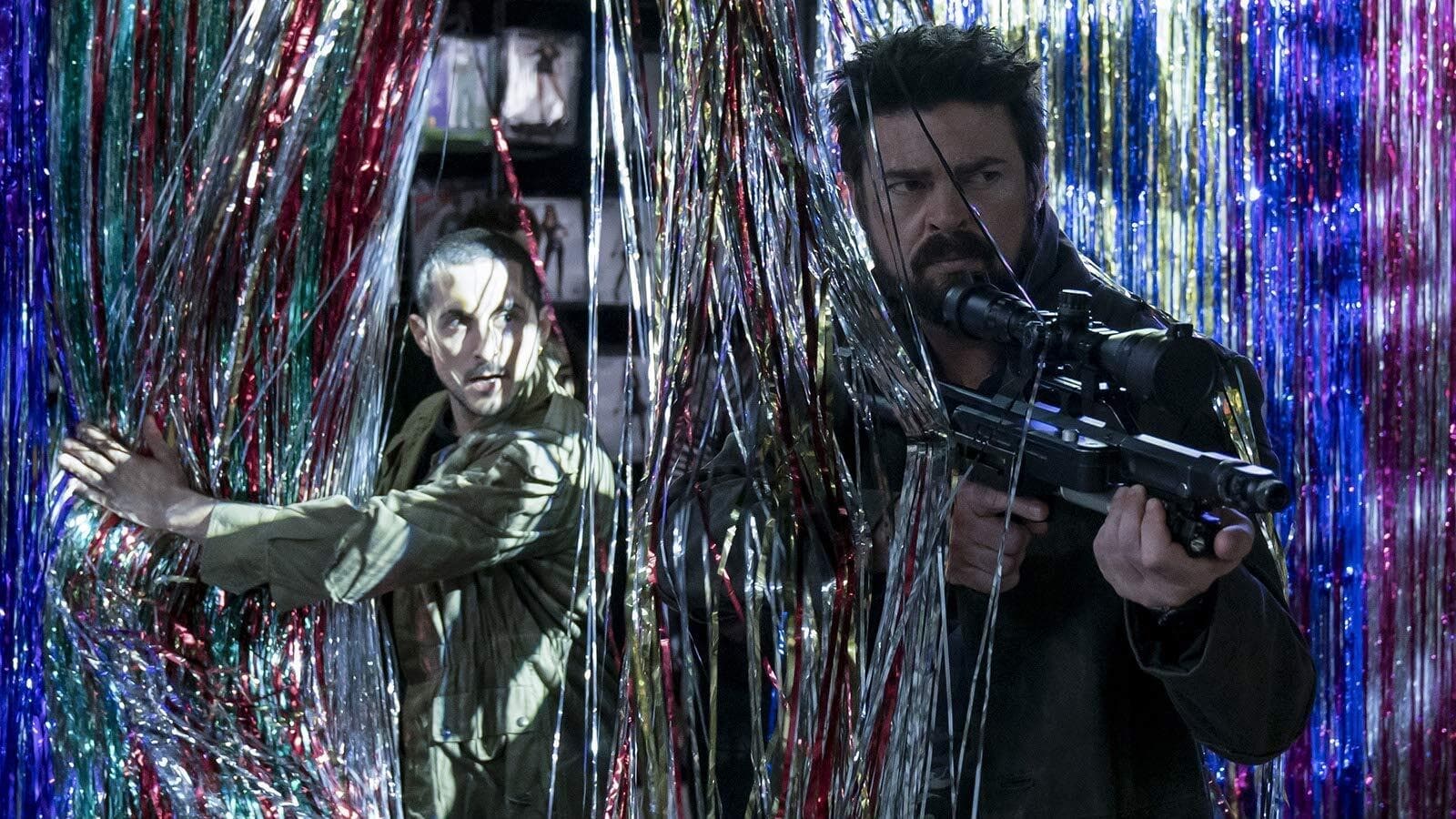 Butcher looks at a list of notes, “yellow ranch”, “big pines”, which are recollections of Becca’s house so he can find his way back there. In a flashback, Billy wakes up in a parking lot after seeing his missing wife at her house.

In present day, The Boys are in their hideout. Kimiko is desperately writing the word “Boy” but Frenchie doesn’t understand what she’s trying to say. Hughie is furious because Butcher abandoned all of them.

Homelander plays ball with his son, Ryan. Becca calls for him to go inside and do his homework. He leaves and Homelander argues with Becca because he thinks he should learn how to use his powers better but Becca just wants him to be normal.

Carol works with The Deep in therapy, helping him but is having difficulty reaching him. Eagle gives The Deep a special drink made from shrooms, telling him this is “his journey” to take.

Ashley leads the female heroes in a press day, where they introduce Stormfront to the world. Maeve has to leave all of a sudden, explaining “family emergency.”

Grace Mallory attends Susan Raynor’s funeral. After leaving, she goes to her car and sees Butcher sitting in the backseat. She tells him that she’s going to turn him into the feds but he stops her by telling her he knows how to find out who killed Raynor. He says if they find the Supe Terrorist, they’ll be one step closer to finding out.

On shrooms, The Deep has a “heart to heart” with his gills. He admits his embarrassment about his own body. The gills tell him he violates and humiliates women as a defense mechanism for his own insecurity. The Deep screams and tries to escape the room but Eagle and Carol don’t open the door.

Maeve goes to visit her ex-girlfriend, Elena at the hospital after her appendix burst.

Starlight and Stormfront give a series of interviews, getting a repeat of questions about if female heroes make better heroes than men. Stormfront says that the job shouldn’t matter if a guy or a girl does it. She’s very blunt with the interviewer, to everyone’s surprise. Starlight gets asked about A-Train’s secret mission, and she says she prays for him every night. Then, she gets a surprise when A-Train pops out and says that he’s back. Starlight is nervous and shocked, knowing that he could blow her cover at any moment.

In private, Starlight reminds A-Train that she saved him with CPR, hoping that he won’t tell anyone about her helping Hughie escape. She asks if he’s told anyone and he just walks away.

Butcher comes back and says that Mallory told them that if they get the super terrorist, she’ll tell the FBI to wipe their records clean. The Boys have doubts that he’s telling the truth, Hughie in particular.

On drugs, The Deep talks more with his gills who tell him that he deserves to be loved. They ask him to take a real look. He does and then he apologizes to them, claiming that he is the ugly one. His gills sing “You Are So Beautiful to Me” to him. The Deep joins in on the song.