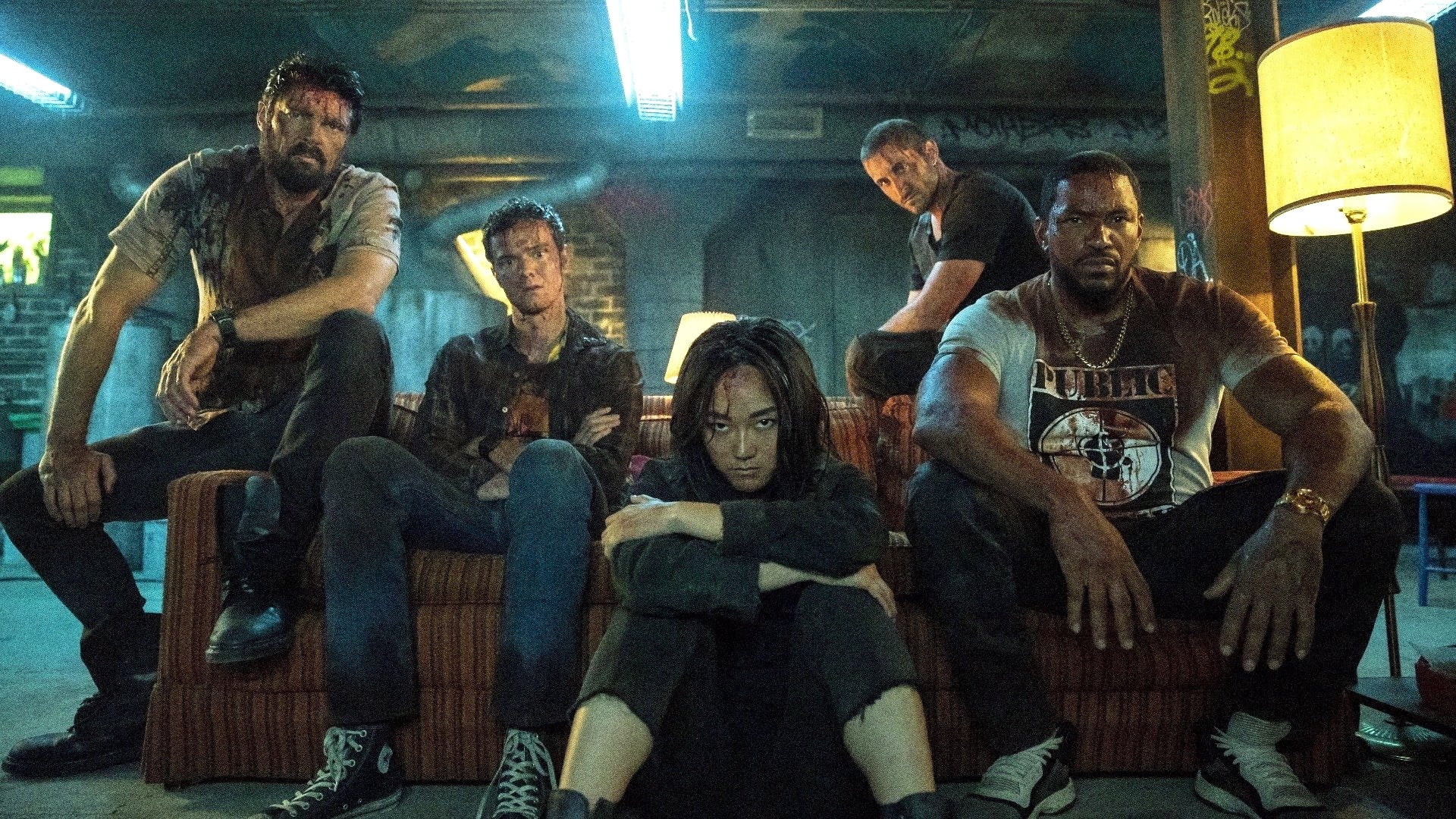 
Plot : Over the Hill With the Swords of a Thousand Men

The Boys are on a yacht sailing in the ocean. Butcher apologizes to a moping Hughie for punching him. Hughie just punches him back.

Butcher calls Grace and assures her that the target is 3 miles offshore on the boat and reminds her of their deal. Billy says that if Kimiko changes allegiances, he’ll neutralize her.

Kimiko sits with her brother and tells him that she will protect him if needed. He asks her to free him and she tears up and says sorry.

Becca makes breakfast for her son and Homelander imposes on the meal, to her discontent.

A writer pitches the plot of the new “A Dawn of the Seven” movie and Stormfront verbally rips him apart for his sexist portrayals of women. Ashley runs away after reading a worrying message on her phone. She talks to Stan Edgar, and insists that they must tell Homelander. Edgar tells her that Homelander isn’t as important as this crisis.

The news about Compound V hits the news stations. Starlight watches the news happily and A-Train comes to confront her, knowing that she is up to something.

The Deep opens up to Eagle and Carol about his life of hearing the fish, lobsters, and other sea animals beg for their lives in restaurants and pet stores. He’s devastated when he hears the news that he wasn’t born that way.

Black Noir cries in a corner after hearing the news. Hughie is elated after seeing that they did actually something. Mother’s Milk jumps for joy when seeing what Hughie did, along with the rest of the group. Butcher reminds them to stop celebrating and keep their eyes on the ball because they still have a lot at stake.

Homelander takes Ryan to jump off of a house, assuring him that he can fly. Ryan tells him he doesn’t want to so Homelander pushes him off and he falls to the ground. Becca rushes out to help him and Homelander insists that he’s fine because he’s his son. He tells Becca she isn’t raising him the right way and he grabs her wrist. Ryan intervenes and pushes him to the ground, telling him to get his hands off of her. His eyes glow red as he screams at Homelander to go away and to leave them alone.

Frenchie talks to Kimiko’s brother and asks him to help him understand her. He explains that her sign language is their own special language. Frenchie asks to learn but he refuses, so Frenchie walks out and leaves a bag of chips and a soda. The Supe Terrorist manages to use one finger, even though his hands are taped together, to float the can of soda towards him and crush it so there is a sharp edge.

A police helicopter approaches that boat and yells out that they are all under arrest. Kimiko’s brother has used a shard of metal from the can to get his hand free and sends the helicopter down to crash with his powers. The group runs, but Hughie is distraught seeing that the people in the helicopter might’ve died.