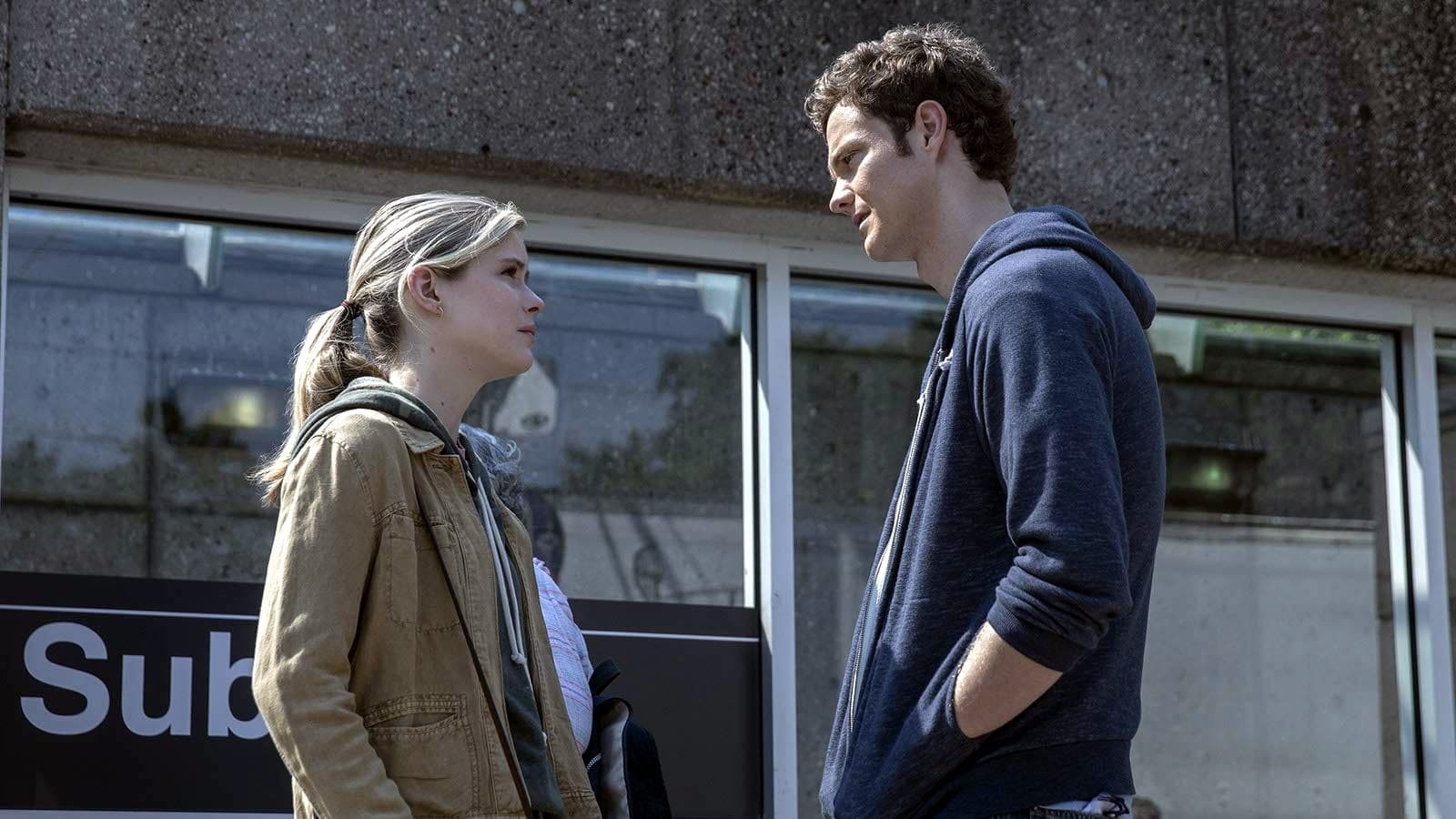 An unknown blonde woman gets interviewed about why communication is important. In the hideout, Frenchie crushes pills and does a few lines. Frenchie comforts Kimiko and tells her it wasn’t her fault. He kisses her and she pushes him off.

Homelander watches a video clip of Stormfront calling out Vought International for doing “jack shit” about preventing another terrorist attack. She invites her followers to Vought Square to do something about it.

Homelander flies to a house where Madelyn Stillwell is there to greet him. She sticks her fingers in his mouth and calls him a good boy. They make out and watch a movie.

Butcher tells Grace Mallory that they hit a dead end on the hunt for Susan Raynor’s murderer. She tells him that’s not good enough and tells him to track down and talk to Liberty, a second class Supe. Mallory tells him that she found Becca in a Vought facility. She gives him the location even though he didn’t hold up his end of the deal.

Homelander complains to Madelyn about Stormfront saving the day and claims that she is the new face of The Seven. She comforts him, then all of a sudden turns into Doppleganger, who is a shapeshifter Supe. Homelander demands him to change back and he obliges.

At their hideout, Butcher plans to break into the Vought compound where Becca is living. Mother’s Milk tells him it’s a suicide mission, but Butcher does not agree. Mother’s Milk is put in charge, and to ease his mind, Butcher advises that Mallory will be able to help find his family provided he finds Liberty for her.

In the elevator, Homelander tells Starlight that he only spared her life because Maeve told him to but that she failed him again because she didn’t murder Hughie. As he holds her throat and prepares to pierce her abdomen, she declares that she hates Hughie for breaking her heart, but will not murder people. When asked if he thinks she’s lying, Homelander lets her go and exits the elevator.

In the Crime Analytics room at Vought, Black Noir hands Anika a piece of paper that says “Butcher” and she looks him up for him.

Starlight meets up with Hughie to talk about what to do next but Hughie gets a phone call and has to run off. Starlight breaks down crying and says she can’t do this anymore. Hughie brings her to Mother’s Milk and asks if she can come along on their mission to track down Liberty.

A-Train sees Shockwave in the hallway and freaks out and runs to Ashley’s office. She tells him he’s there for an event, but Homelander walks in and tells him that he’s out and that they’re going in another direction. Homelander tells him that he can’t run anymore and that it was really hard for him to decide this but that it’s happening.

Hughie, Mother’s Milk, and Starlight go on a road trip to track down Liberty. They witness a car accident, but they won’t let Starlight go to help because they have to keep a low profile. Meanwhile, Butcher scales across a wall in the pursuit of his wife.

Frenchie goes to Cherie’s house and they hook up. He tells her that he tried to kiss Kimiko. She tells him to back off and let her grieve in her own way.