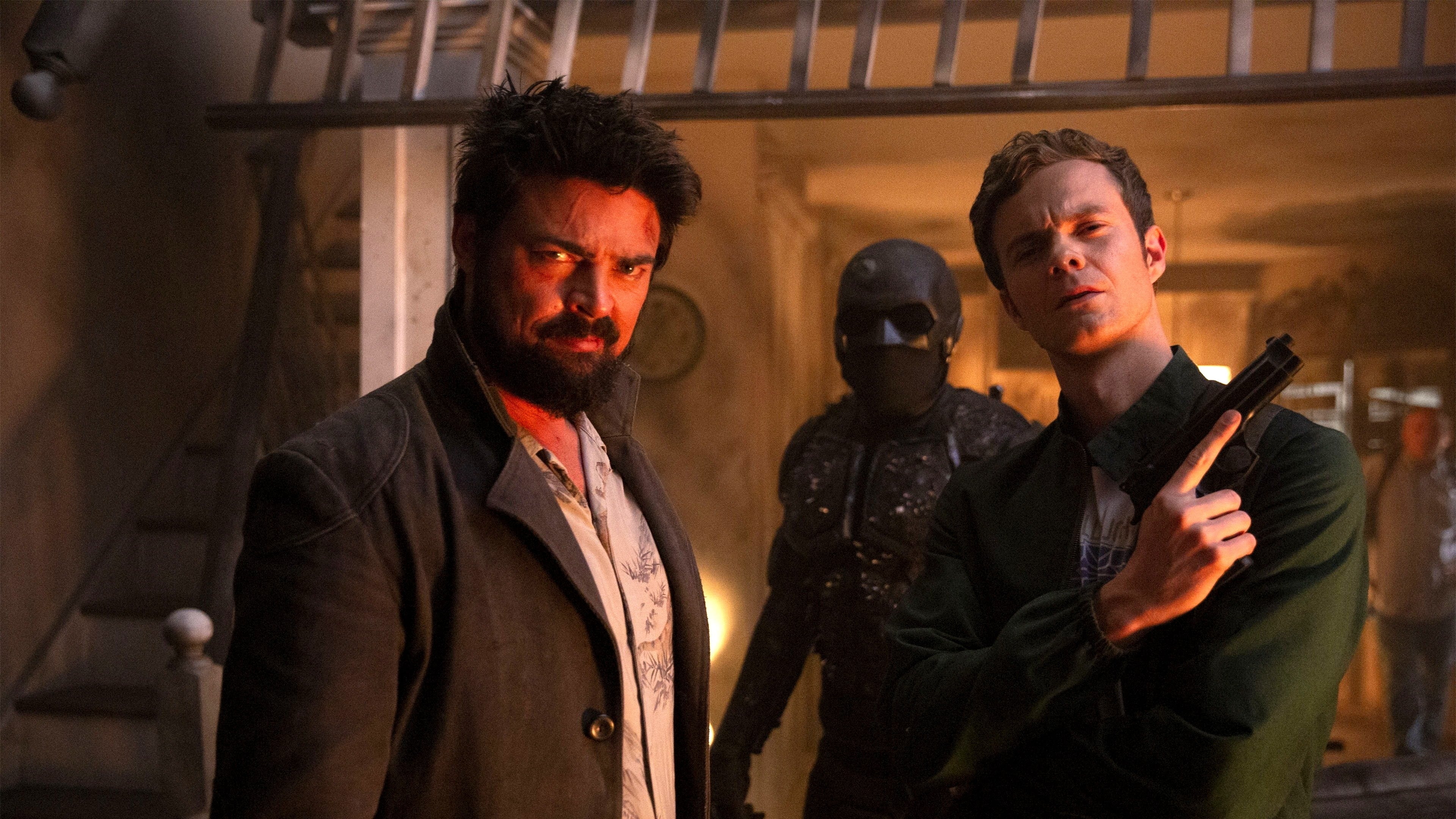 Maeve shoots a Dawn of the Seven scene, where she comes out as gay. She angrily walks away after the scene cuts. She confronts Homelander about Elena and asks him to let it go if she agrees to stop seeing her.

Ashley shows Homelander footage of him accidentally killing someone in a distant village where he went to kill a Supe. She shows him televised protests against him, declaring him a war criminal. Homelander storms off angrily.

Billy goes to a hardcore show and beats up a random guy before getting beat up himself. Hughie calls Billy and tells him that they think Liberty is really Stormfront, and that she’s probably who’s behind Raynor’s death. Billy tells Hughie he’s going off the grid, maybe to Argentina. Billy says that Hughie is his “canary”, then hangs up and takes out his cell phone SIM card.

In a news segment, The Deep’s marriage to Cassandra Schwartz was announced, along with video footage from their wedding.

Billy shows up at his Aunt Judy’s house. She tells him that his father is ill and that his parents are flying to see him. Billy demands to see his boy, aka his dog, Terror.

A-Train tries to change the script for The Seven movie, so that his departure from The Seven is a little less clear and more open ended.

The Deep and Cassandra give an interview about their new relationship and how he’s a changed man, now a part of the Church of the Collective.

Kimiko enters a bar where a group of Russian guys are chatting and she kills them. Frenchie follows her.

Hughie and MM show up at Aunt Judy’s house, much to Billy’s surprise. They confront him about Becca and disappearing. Billy leaves then notices Black Noir on a neighboring rooftop. He comes back in and closes up the house.