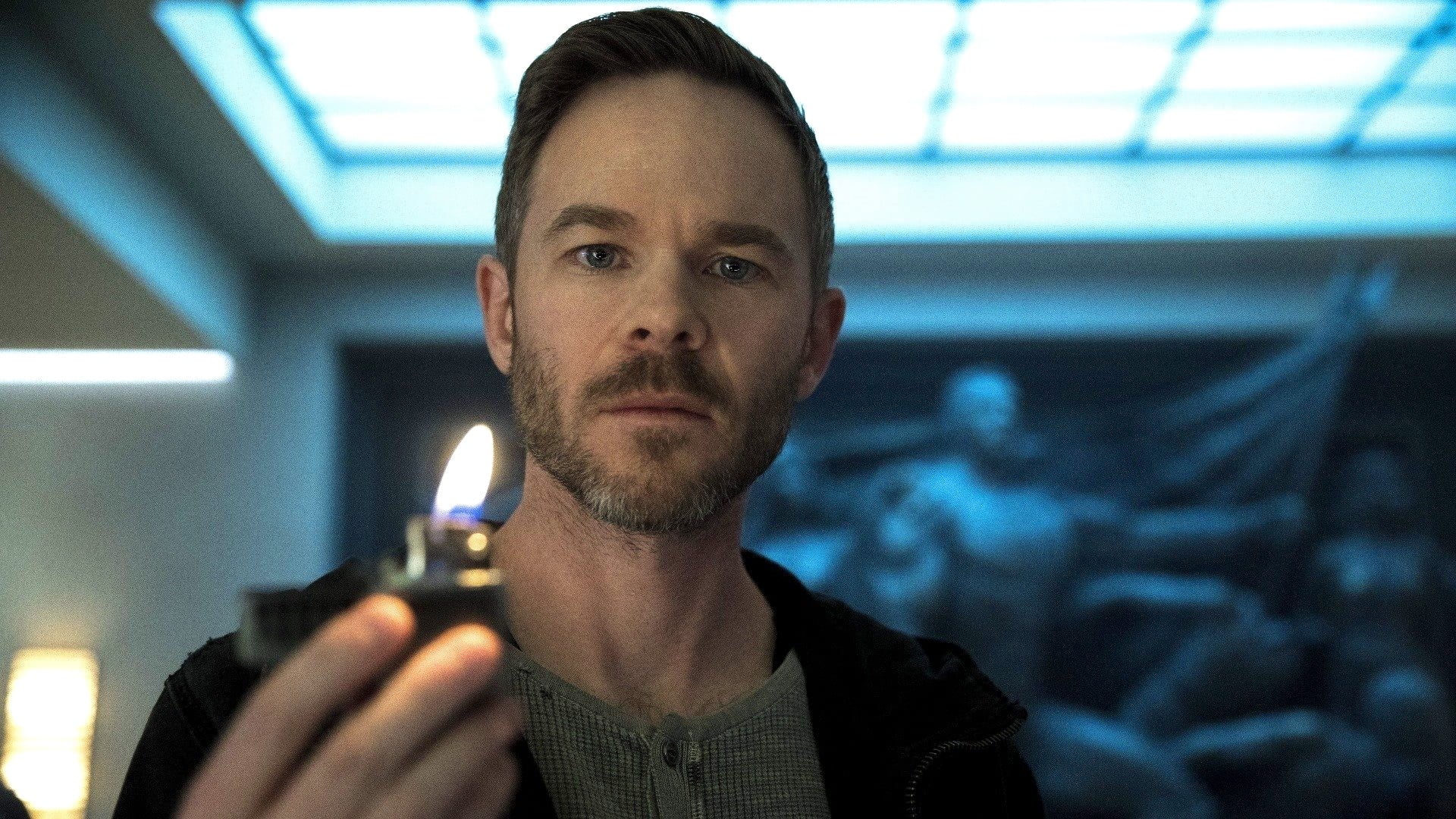 
Plot : The Bloody Doors Off

In a flashback from eight years ago, Frenchie, Cherie, and Jay smoke and laugh together about The Golden Girls. Frenchie asks, “Now, who wants to rob a bank?”

In present day, Starlight talks to Frenchie and Hughie about taking her chip out, fearing repercussions from Stormfront. The process is a success, with Frenchie successfully removing the chip from her neck.

Starlight goes to The Boys’ hideout and tells them about how she broke into Stormfront’s laptop and saw dozens of emails between her and Stan Edgar, specifically about how they’re close to a break through at the Sage Grove Center.

The Deep goes into Maeve’s trailer and tells her that he hasn’t found the black box to the flight that went down (no thanks to Homelander). He does however give her a GoPro camera that he found and she tells him to stay quiet if he wants back in The Seven. On his way out, The Deep runs into A-Train and tells him if he needs help, he might have the way while offering him a Fresca (via the Church of the Collective).

In another flashback, Grace Mallory interrogates an arrested Frenchie at a police station. She confronts him about his armed robbery charges which will land him 25 years in prison. Impressed with his engineering ability to counter a Supe’s power, she offers an alternative- to work for her instead. Frenchie denies the offer, so Grace makes him a new one. She threatens to lock up his friends, Cherie and Jay, at a Super Maximum security prison unless he works for her. He resists but ultimately agrees.

At the Sage Grove Center, The Boys meet out front and put on nurse scrubs to sneak in. Starlight makes a hole in the fence for them to get in while Butcher, Starlight, and Hughie agree to stakeout the place. They sneak in successfully. Billy then aims his rifle a Starlight’s head but ultimately refuses to pull the trigger again. Starlight then incites an argument with Butcher by asking why he hates Supes so much. She then incites him further by comparing him to Homelander, but before the two can continue they are interrupted with the arrival of Stormfront, who flies into the center. MM, Frenchie, and Kimiko kill a guard and break into the surveillance room. There, they see video screens monitoring residents, aka Supes in the making.