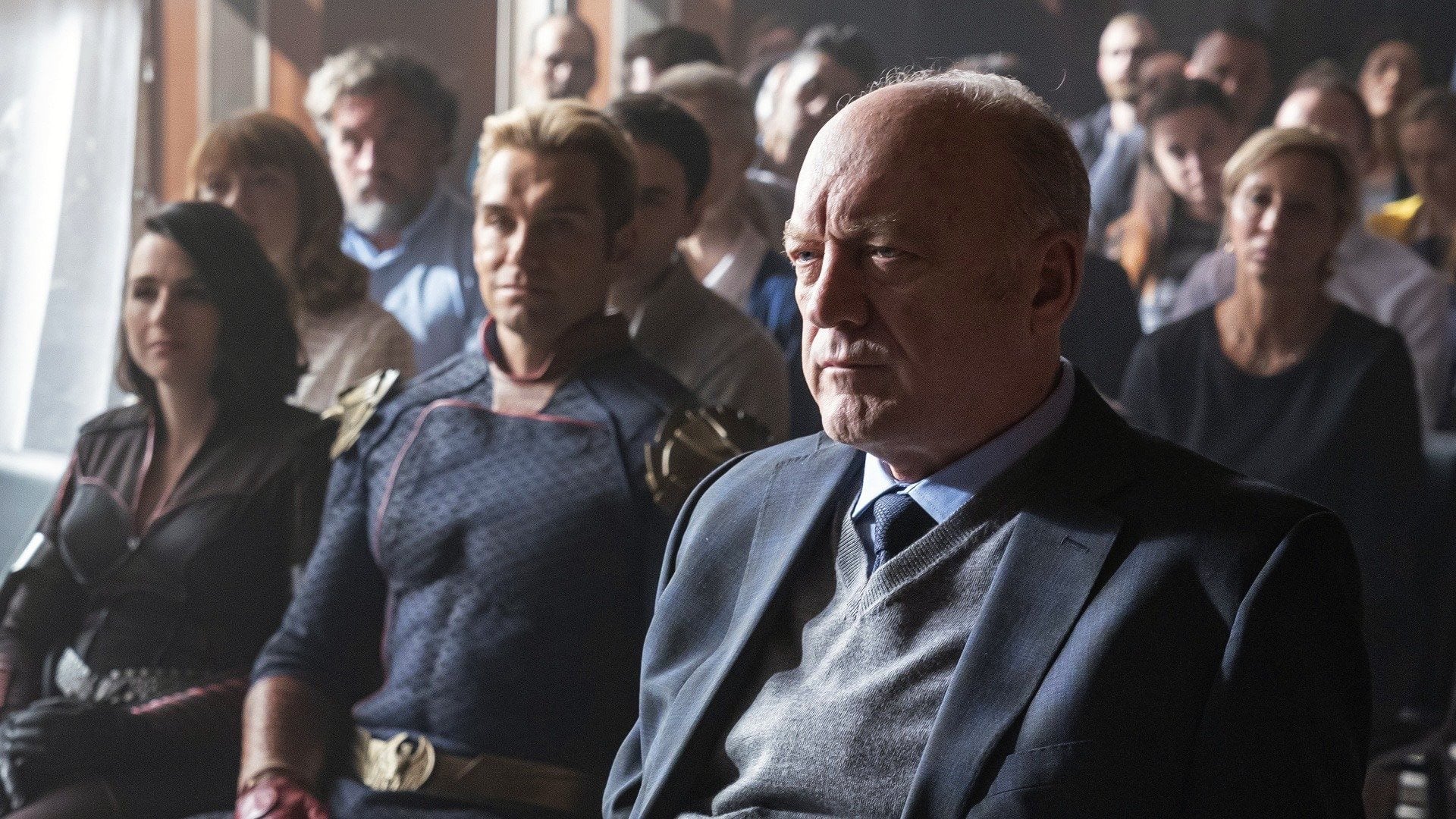 Stormfront gives a speech on the news about how the threat from Super Terrorists is real. On another news channel, Victoria Neuman also gives a speech about protesting Vought. An anonymous man watches all of these news clippings daily. He starts to accept Stormfront’s messaging and mistakenly believes that a man at a drugstore, named Kuldeep Singh, is a supe terrorist because of his skin color and a “glimmer” in his eyes. He brings a gun to the store and as the man begs for his life, shoots him.

Lamplighter meets with Victoria Neuman and Grace Mallory. Victoria wants the full picture of what was happening at Sage Grove Center. Lamplighter makes a good witness, but Victoria wants more information before “taking a shot at the king”. Grace assures Victoria, that she and Mother’s Milk will come back with more information. In the meantime, Frenchie and Kimiko guard Neuman. Hughie gets patched up at Victoria’s house, but still can’t go due to his injury; so he must stay behind and watch Lamplighter. Butcher gets a call from his mother, saying his father, Sam Butcher, finally passed away.

At a cafe, Starlight meets with her mom. Donna admits that she’s been in town this whole time, desperate to reconnect with her daughter and waiting for the right moment. Donna suggests getting a little weekend away and says that she already cleared it with Ashley. Annie realizes too late that Vought tricked her mother. Before she can react, a smoke bomb gets thrown through the window and knocks everyone out except Starlight. Black Noir arrives and knocks Starlight out. She later wakes up in a locked, glow-stick-lit room.

Lamplighter watches a bunch of Superhero inspired porn while opening up to Hughie about how he was a prodigy as a child. The two continue to open up about how worthless they feel. Hughie then changes the channel and sees a news conference, in which Homelander announces that Starlight was a mole in the Seven, but that she has been apprehended.for being a traitor. Lamplighter tells him that there is a special cell for Supes, 42D. Hughie demands that they go to save her, and though initially reluctant, Hughie convinces Lamplighter to be the hero he’s meant to be and help him.

Butcher goes to his mom’s apartment and his mom reveals that his dad is actually alive. His dad just wants to talk and tells him “you’re welcome” for making him the tough man he is today. He accuses Billy of being the one who abandoned Lenny and led him to his death. Butcher puts him in a choke hold and his mom runs out screaming to stop them. Billy backs off as Sam congratulates Billy and expresses his pride, for Billy being able to do something Lenny could never do.

Homelander tells Stormfront he has something he wants to show her and brings her to meet Ryan. He apologizes for screwing up and introduces Ryan to Stormfront, who tells him he’s so special because he is the first natural-born Supe. Becca is reluctant and demands them to respect her wishes of not talking about Ryan’s powers or to call before stopping by. Homelander eases tension and tells Ryan that he really wants him to get to know Stormfront better and that he “wants us to be a family”, insisting that he’ll be around a lot more.