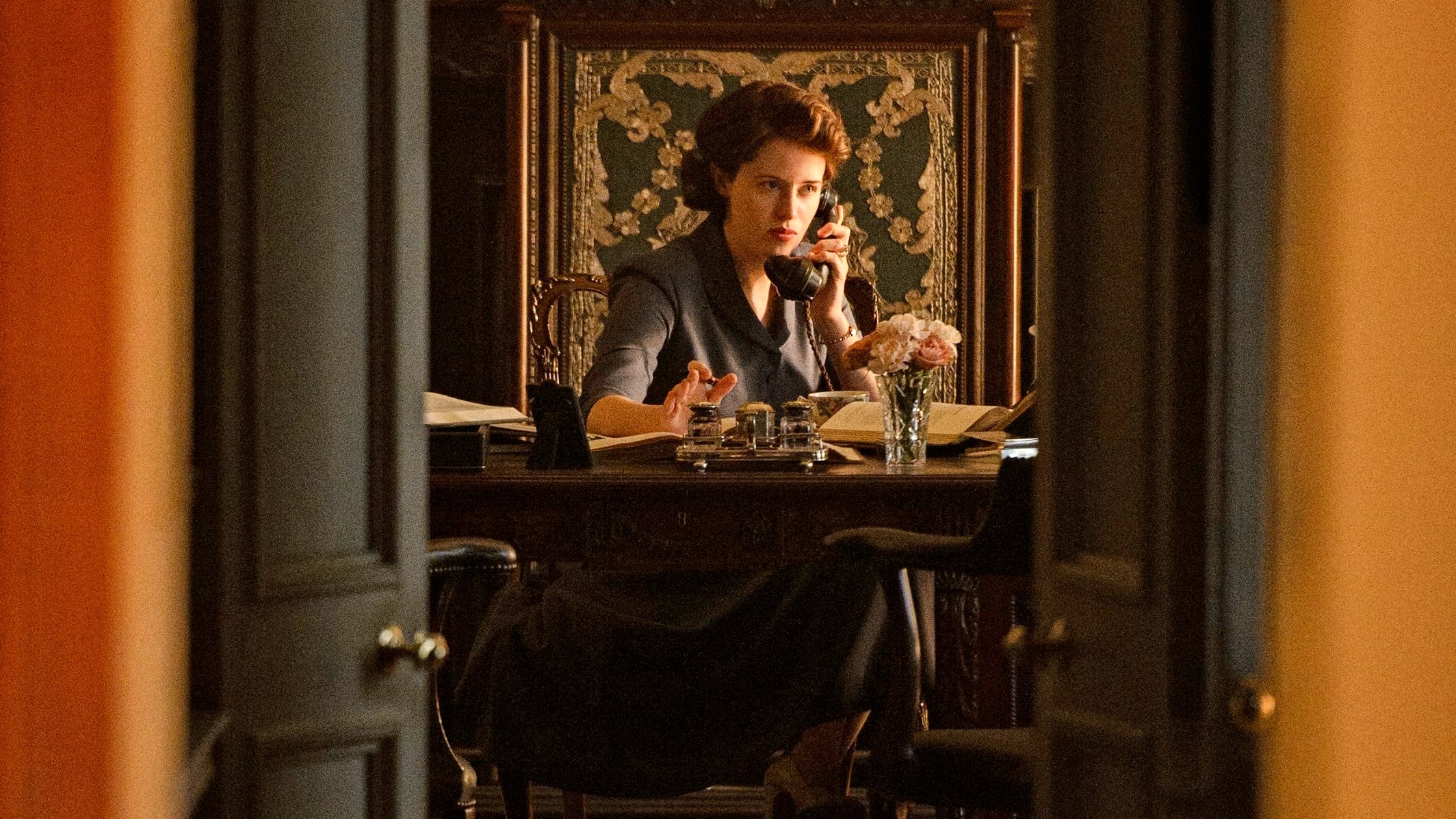 On 5 December 1952, a great smog forms over London, reducing visibility, killing thousands, and hospitalising thousands more over the course of several days. Elizabeth’s advisors pressure her to ask Churchill, who refers to the event as an “act of God”, to step down. Reluctant, Elizabeth summons him for a private audience after he has come under fire for refusing to discuss the smog at Cabinet.

Beforehand, Churchill has learned that his secretary, Venetia Scott, was killed by a double-decker bus. He later makes an impassioned speech, promising a longer-term approach to prevent future smog. Both the speech and the smog’s sudden disappearance prompt Elizabeth to change her mind as Churchill arrives at the Palace. Having colluded with Downing Street staff to use the crisis to attempt to open a vote of no confidence in Churchill, Clement Attlee dejectedly learns of the Prime Minister’s change of heart.