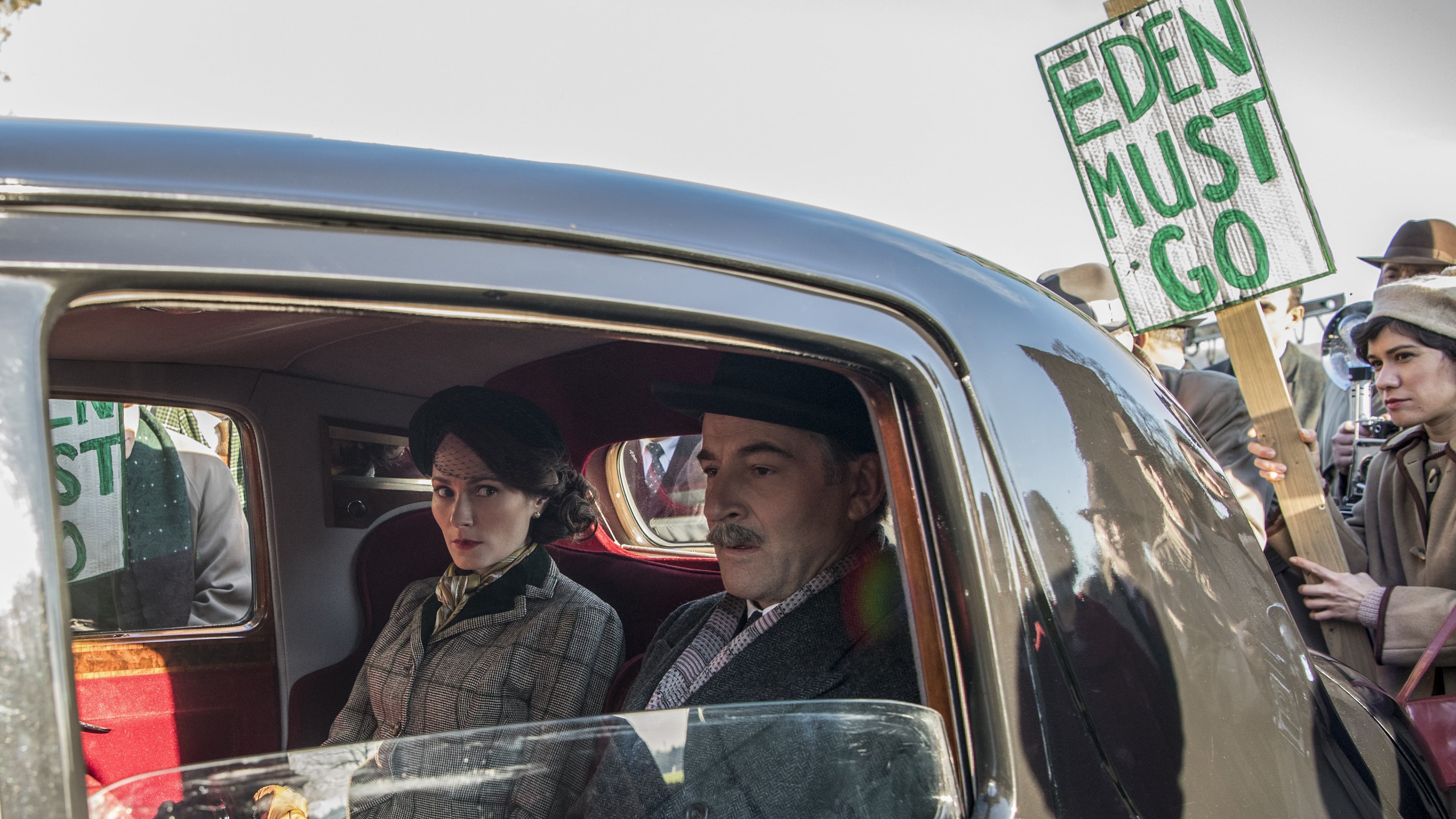 Eden returns from Jamaica and discovers that the Cabinet and the Conservative Party blame him for the Suez Crisis fallout, and have turned against him. As he resigns and Macmillan becomes Prime Minister, Adeane works with Tommy Lascelles to change Eileen’s mind about her divorce. They fail, and Elizabeth, Philip, and Michael learn about the proceedings. Elizabeth’s attempt to speak to Eileen also fails and Philip forces Michael to resign when the divorce becomes public knowledge. Elizabeth brings the royal tour to an end before meeting the Britannia in Lisbon and privately talking with Philip about their marriage. Philip makes it clear he resents Charles outranking him and wants more respect from both the courtiers and the palace staff. Philip is made a Prince of the United Kingdom, with the style “His Royal Highness Prince Philip, Duke of Edinburgh”.