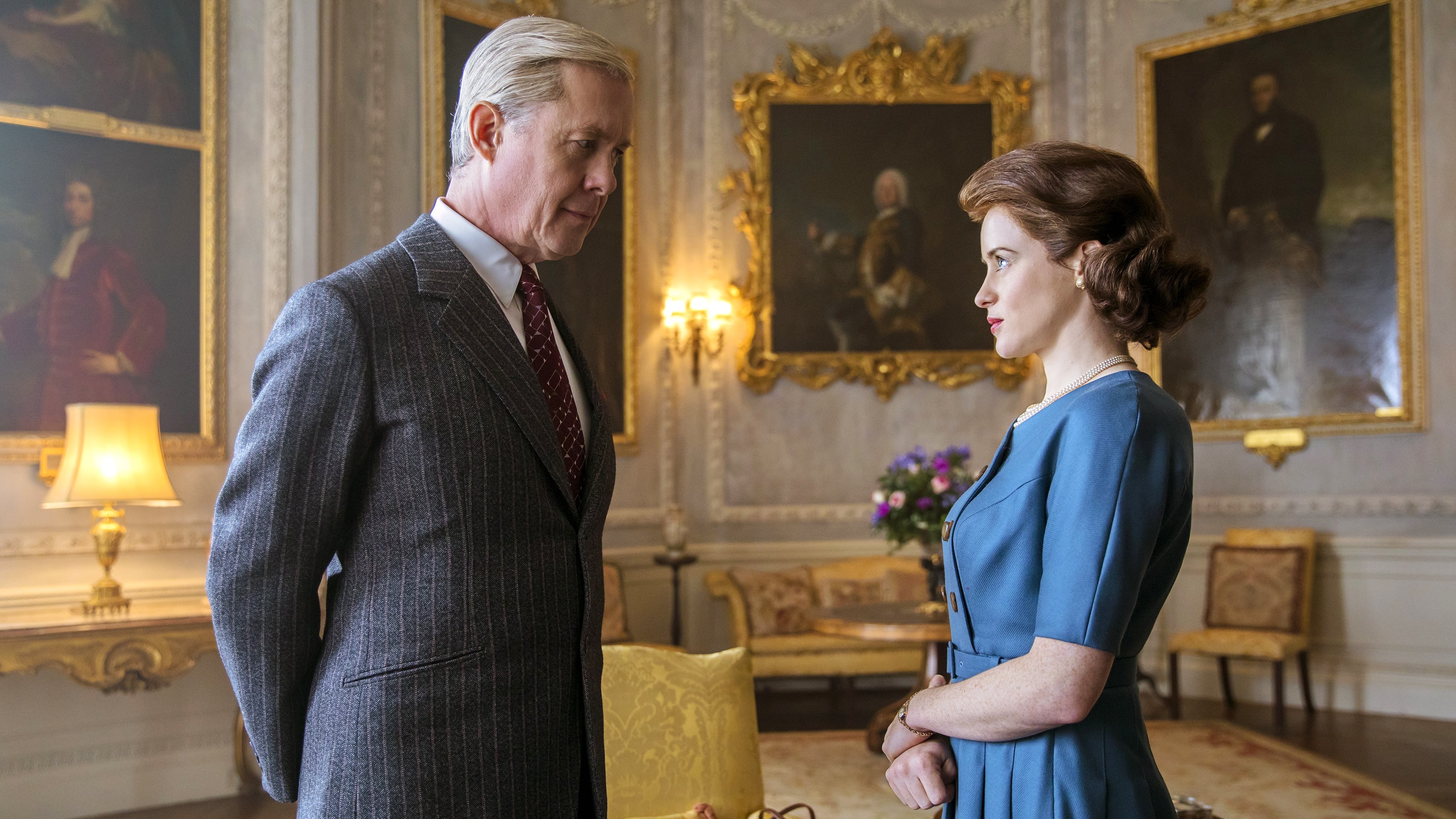 In 1945, a German private leads American soldiers through the Thuringian Forest to a box of classified documents previously belonging to Adolf Hitler’s personal translator. After British translators uncover seemingly damning information, Winston Churchill informs King George and the Queen Mother, who tells him to suppress all knowledge of their existence. In the present, while preparing to meet evangelist Billy Graham, Elizabeth receives a request from Edward to re-enter Britain.

On arrival, he starts convincing former sycophants to support his restoration. Historians unearth the documents, now titled The Marburg Files. Adeane and the Queen Mother bring the matter before Elizabeth, explaining that one document highlights Edward’s past links with Nazi High Command. Elizabeth sits down with Edward, who asks for a public position, and confronts him with what she has learned. He explains that peace between England and Germany was all he ever cared about when he was king, pleading with her to forget what took place in the past.

Elizabeth finds herself torn between what she knows and her Christian belief in forgiveness, to which Philip responds by suggesting she speak with Lascelles. After Lascelles reveals the entire truth, Elizabeth denies Edward’s request, berating him for his betrayal, and later seeks spiritual counsel from Graham, who advises her to pray for those she can’t forgive.