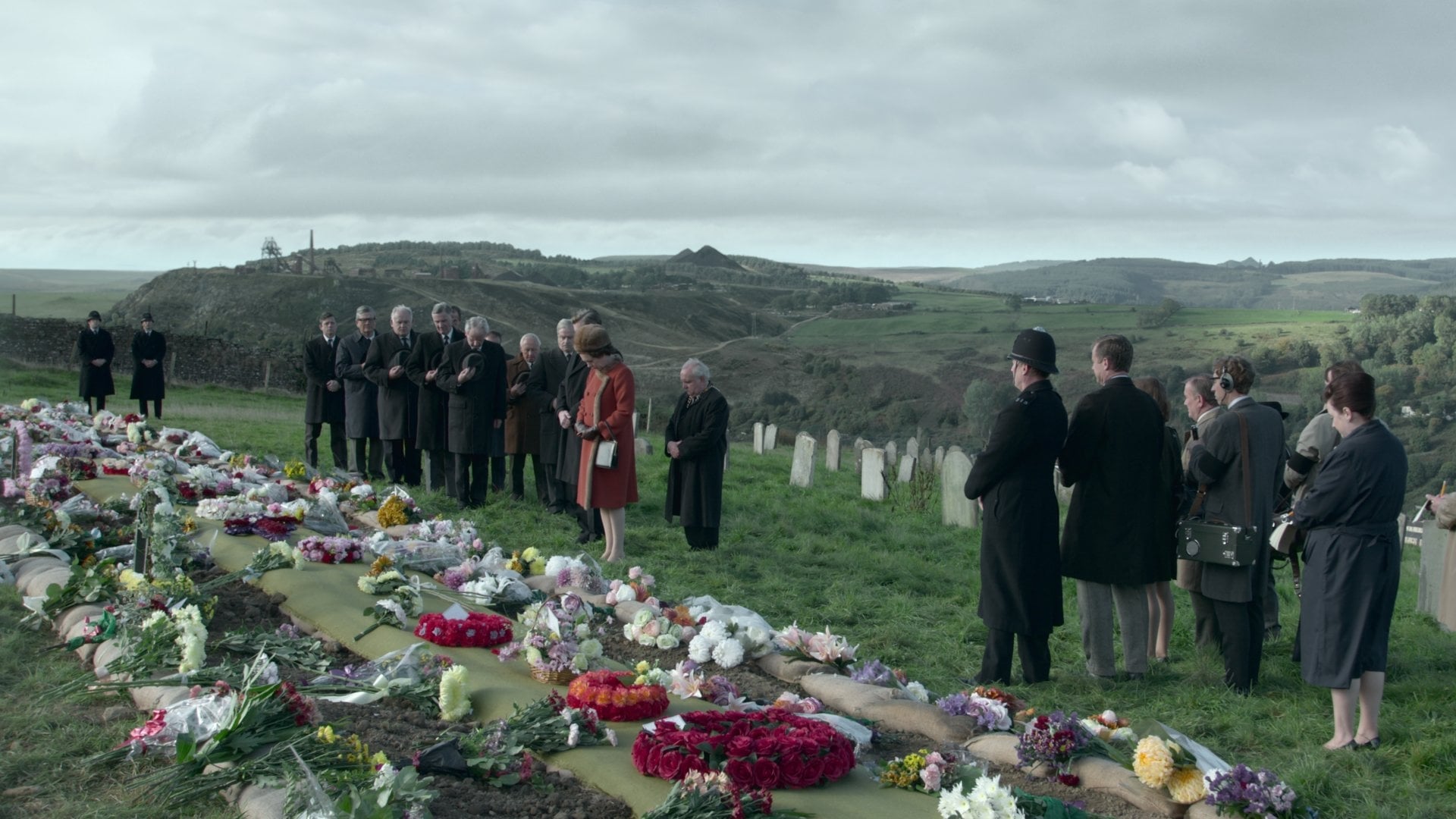 In October 1966, following the Aberfan disaster, Elizabeth decides not to visit the village, despite Wilson’s attempts to convince her to go. Philip attends the funeral of the children who died. The public blames the National Coal Board for the disaster before blame shifts toward the government. Hearing suggestions that she is not being sympathetic,

Elizabeth confronts Wilson, who says this came from someone in his cabinet. Elizabeth later visits Aberfan, laying flowers on the graves and visiting grieving families. In private, she cries while listening to a recording of the hymn sung at the children’s funeral.