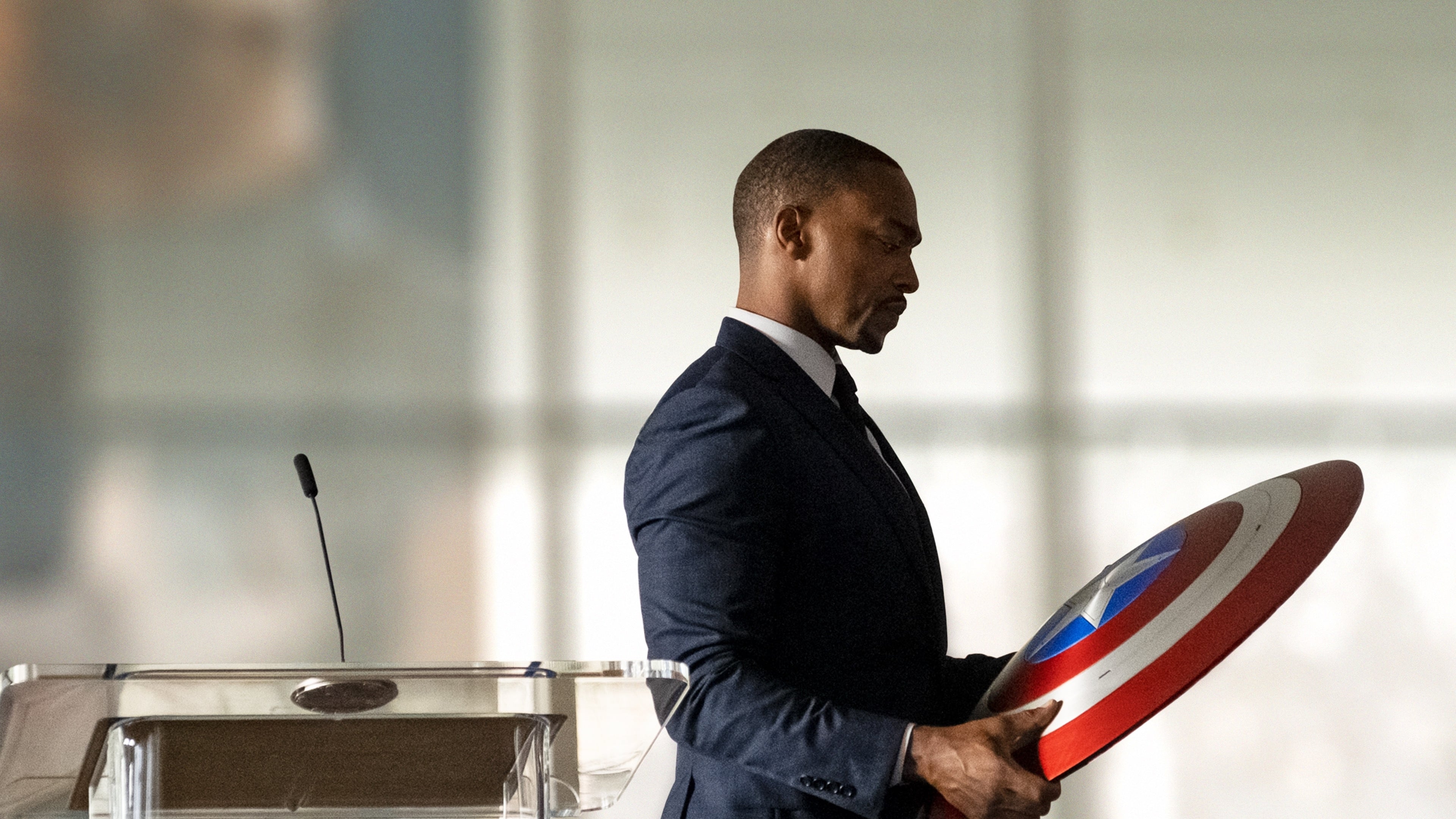 Six months after half of all life returned from the Blip, Sam Wilson stops Georges Batroc and the terrorist group LAF, who have hijacked a plane and taken a hostage over Tunisia, with support from U.S. Air Force first lieutenant Joaquin Torres. Wilson, who was given the mantle of Captain America by Steve Rogers, struggles with this idea and decides to give Rogers’ shield to the U.S. government for a museum display.

Bucky Barnes, who was recently pardoned, attends government-mandated therapy, where he discusses his attempts to make amends for his time as a brainwashed assassin, the Winter Soldier. Torres investigates another terrorist group, the Flag Smashers, who believe life was better during the Blip. Torres is injured by a member of the group with superhuman strength when he witnesses them rob a bank in Switzerland. He later informs Wilson of this, who has been attempting to help his reluctant sister Sarah with the family fishing business in Delacroix, Louisiana. The government soon announces a new Captain America, John Walker.