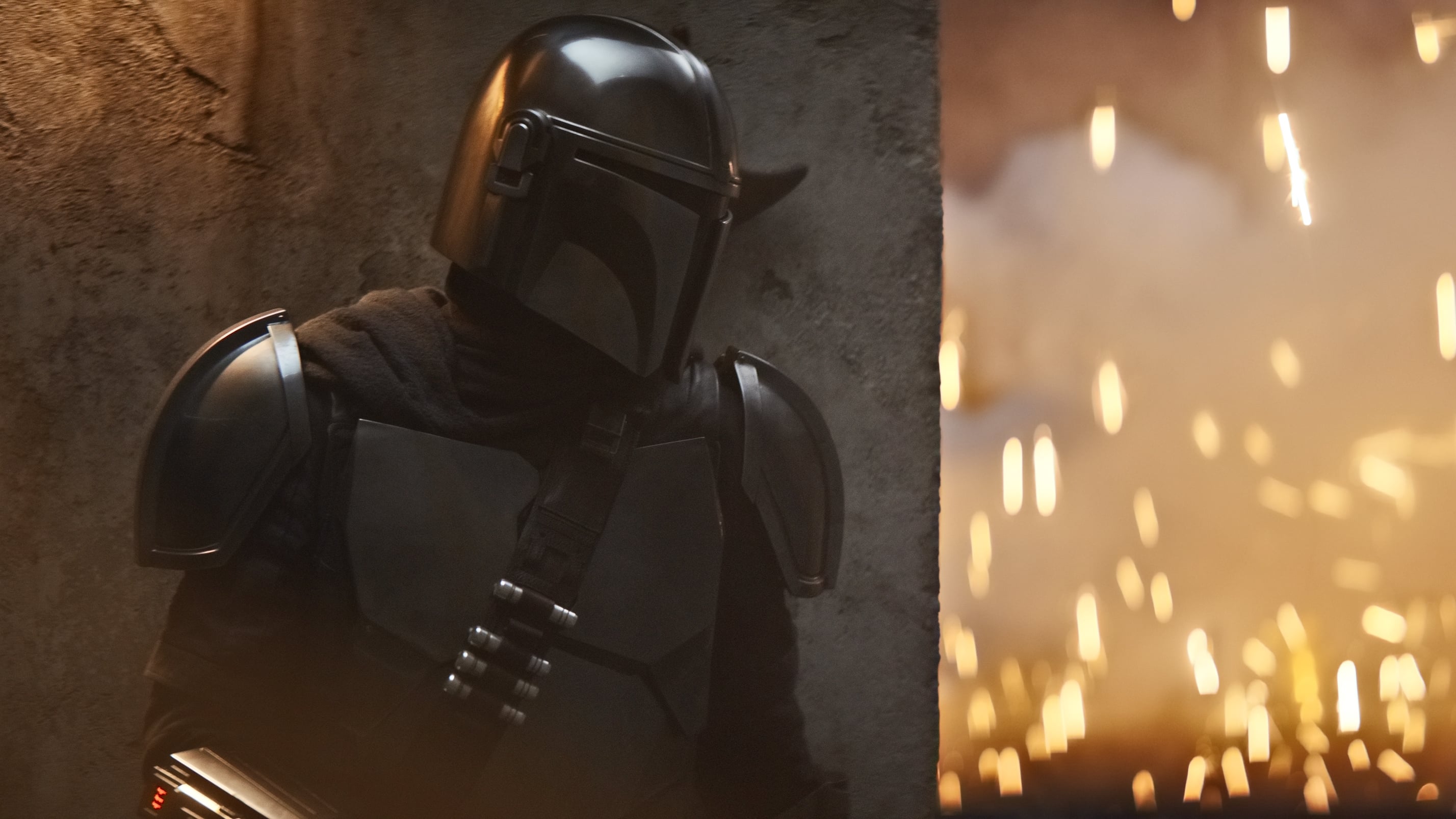 Piloted by the Mandalorian, the Razor Crest exits hyperspace over Nevarro. The Mandalorian flies the starship with Grogu in his cradle. The Mandalorian is contacted via Holographic projector by Greef Karga who has received his transmission. He orders him to deliver his quarry directly to the Client. Karga does not care about what the Client wants to do with it, but says the Client is very anxious. He reminds the Mandalorian about their prearranged venue. The Child picks up a ball but the Mandalorian takes it away, telling him it is not a toy. He puts the Child back in his cradle before taking the ship down to the planet below.

He lands the ship in the settlement’s spaceport and disembarks with the Child in a cradle as another ship lands nearby. The two move through the streets, walking past humanoids, droids and aliens. The Mandalorian takes the Child back to the Imperial remnant facility. They are greeted by the TT-8L/Y7 gatekeeper droid whom the Mandalorian shows a disc as proof of identity. The Child reacts in surprise as the droid retracts.

Pershing remarks that the Child is very healthy. The Client tells the Mandalorian that his reputation is not unwarranted. When the Mandalorian asked how many tracking fobs he gave out, the Client tells him that the Asset was of extreme importance to him. He had to insure its delivery. but promises the spoils to the winner: a container containing several bars of beskar. The Client remarks that the Asset is “such a large bounty, for such a small package”.