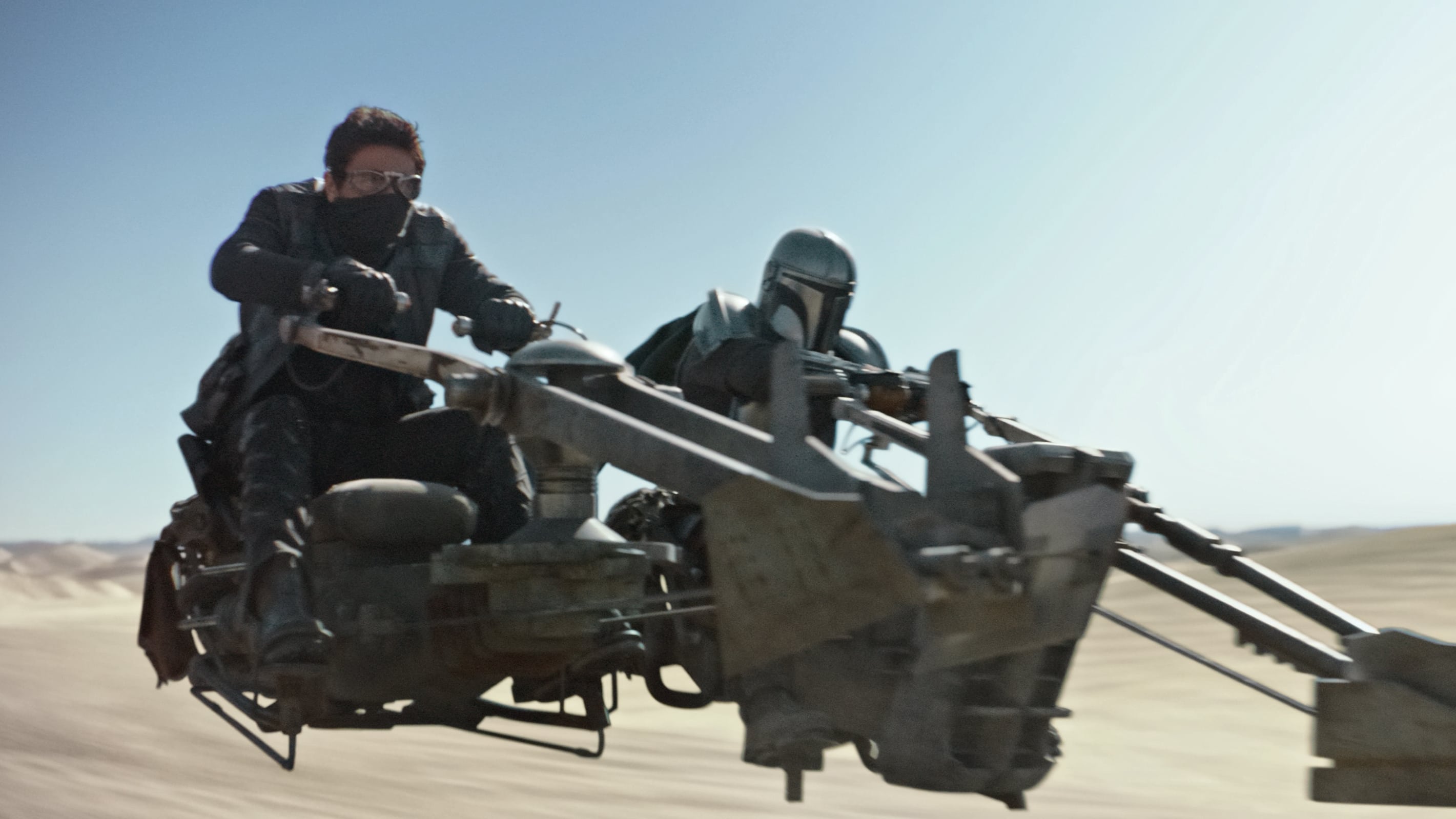 With the Razor Crest’s engines reporting that the starship is losing fuel, the Mandalorian switches off power. The Child sits in his cradle while the Mandalorian starts up the emergency power. The Razor Crest approaches the desert world of Tatooine. The ship is contacted by Mos Eisley control tower, who tells him that he is cleared for hangar 3-5.

The Mandalorian flies the Razor Crest down into the deserts of Mos Eisley and lands at bay three-five. He places the sleeping Child in a safe room. Upon landing, three DUM-series pit droids rush out to service the Razor Crest. The droid hating Mandalorian fires a warning shot, causing the pit droids to retract. His shots anger a curly-haired human woman named Peli Motto, who warns him that if he damages one of her droids, he’ll pay for it.

The Mandalorian tells her to just keep her droids away from his ship. She retorts by asking if he thinks it is a good idea. She has a look at his ship and says that it has a lot of carbon scoring on the top. She realizes the ship has been in a shootout and also finds a fuel leak. She says that the ship is in a mess and asks how he landed it. The Mandalorian say that all he has got is 500 Imperial credits.