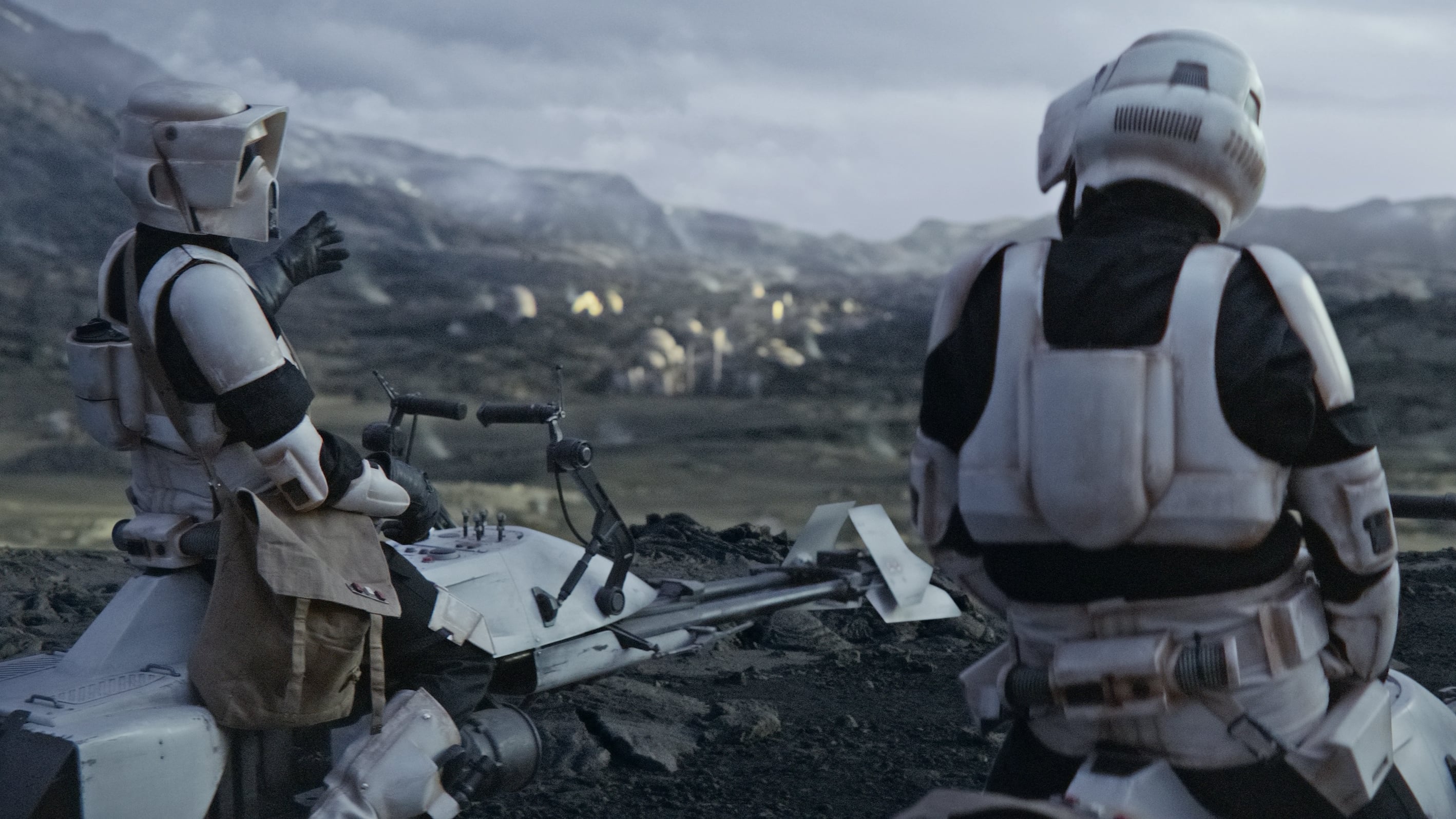 The two scout troopers who have killed Kuiil and captured the Child travel to a rendezvous point near the Nevarro settlement. The first scout trooper contacts his commander via comlink and say they have brought the “Asset” and are awaiting further orders. The Child is kept in a knapsack and tries to peep out but the scout trooper slams him down. A voice on the comlink tells them to double check because Moff Gideon has already landed and taken out a squad of troopers.

The troopers bide their time by shooting (unsuccessfully) a nearby transmitter for target practice. The second trooper asks if they should offer the “thing” some water as a pretext for looking at it. The first trooper says he is not taking it out of the bag till they deliver the asset. He asks the commander for an update only to learn that Moff Gideon has killed an officer for interrupting him and that it could take a while.

Just then, IG-11 appears, identifying himself as the Child’s nurse droid and requests that they hand him over. The second scout trooper recognizes IG-11 as a hunter droid but the first trooper underestimates IG-11, dismissing him as a nurse droid. He tries to drive the droid away by firing his blaster pistol.

However, IG-11 twists the first trooper’s arm and throws him to the ground. He grabs the second trooper by his helmet and then slams him against the steering vanes of the speeder bike. After retrieving the Child, he mounts a bike and apologizes to the Child for the violence he had to witness.