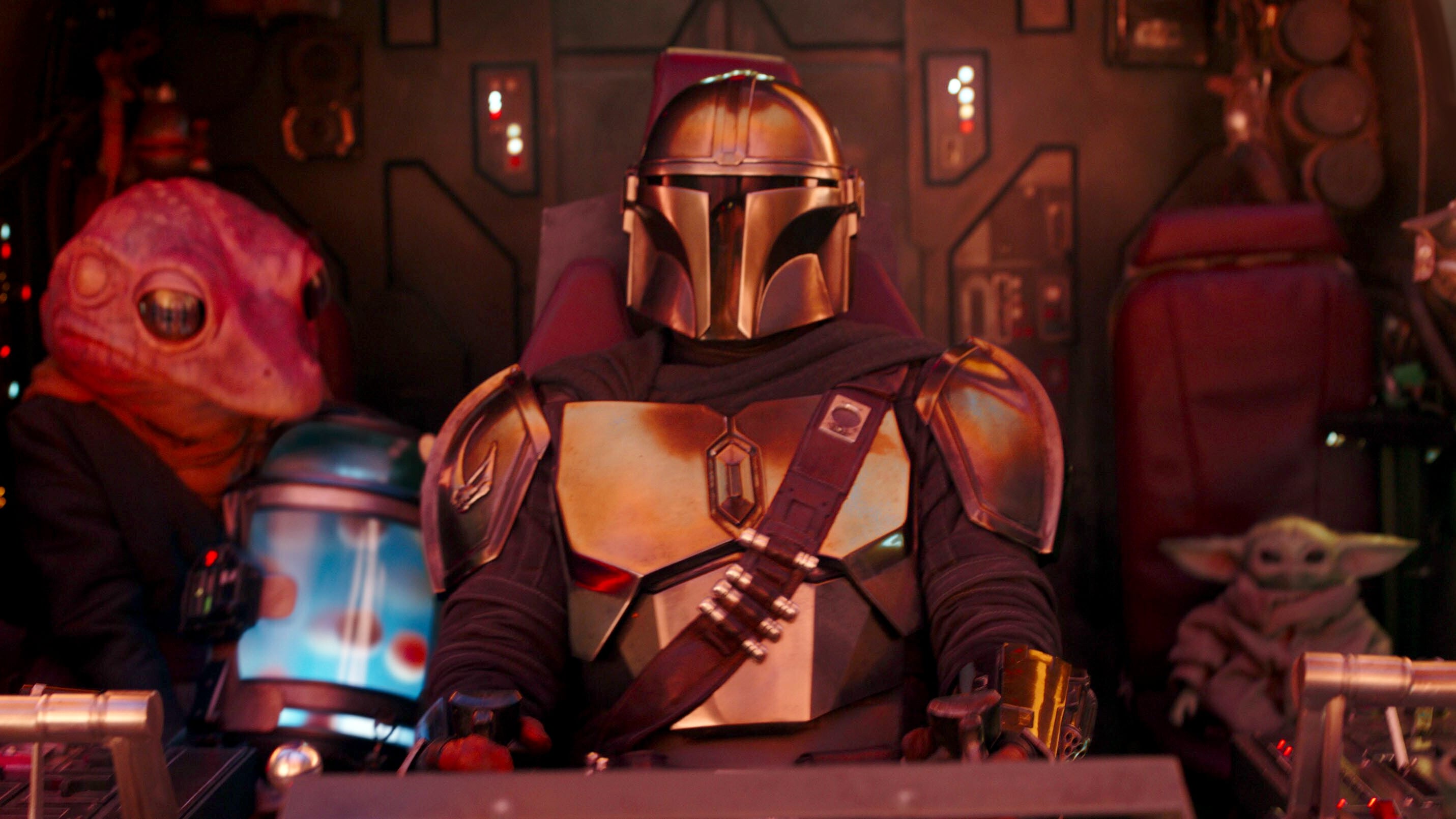 The episode opens with the damaged Razor Crest flying over the gas giant Kol Iben towards the moon Trask. The Child and the Frog Lady are snuggled in the cockpit while the Mandalorian Din Djarin mans the controls. With the landing array not responding and the guidance system not working, Din is forced to a manual re-entry. He warns his passengers that it will be a choppy landing and hopes that once they enter the atmosphere, there will be enough fuel for them to land.

The Mon Calmari watches with his hands on his torso as the Razor Crest is lifted out of the water by a mobile loading gantry. After disembarking, Din speaks with the Mon Calamari dock worker, who offers to make it fly and to fuel it up. Amidst a crowd of Quarren and other aliens, the Frog Lady spots and calls out to her husband. The two embrace and celebrate the safe passage of the Frog Lady’s spawn. Noticing the Child eye the eggs, Djarin promises to get him something to eat.