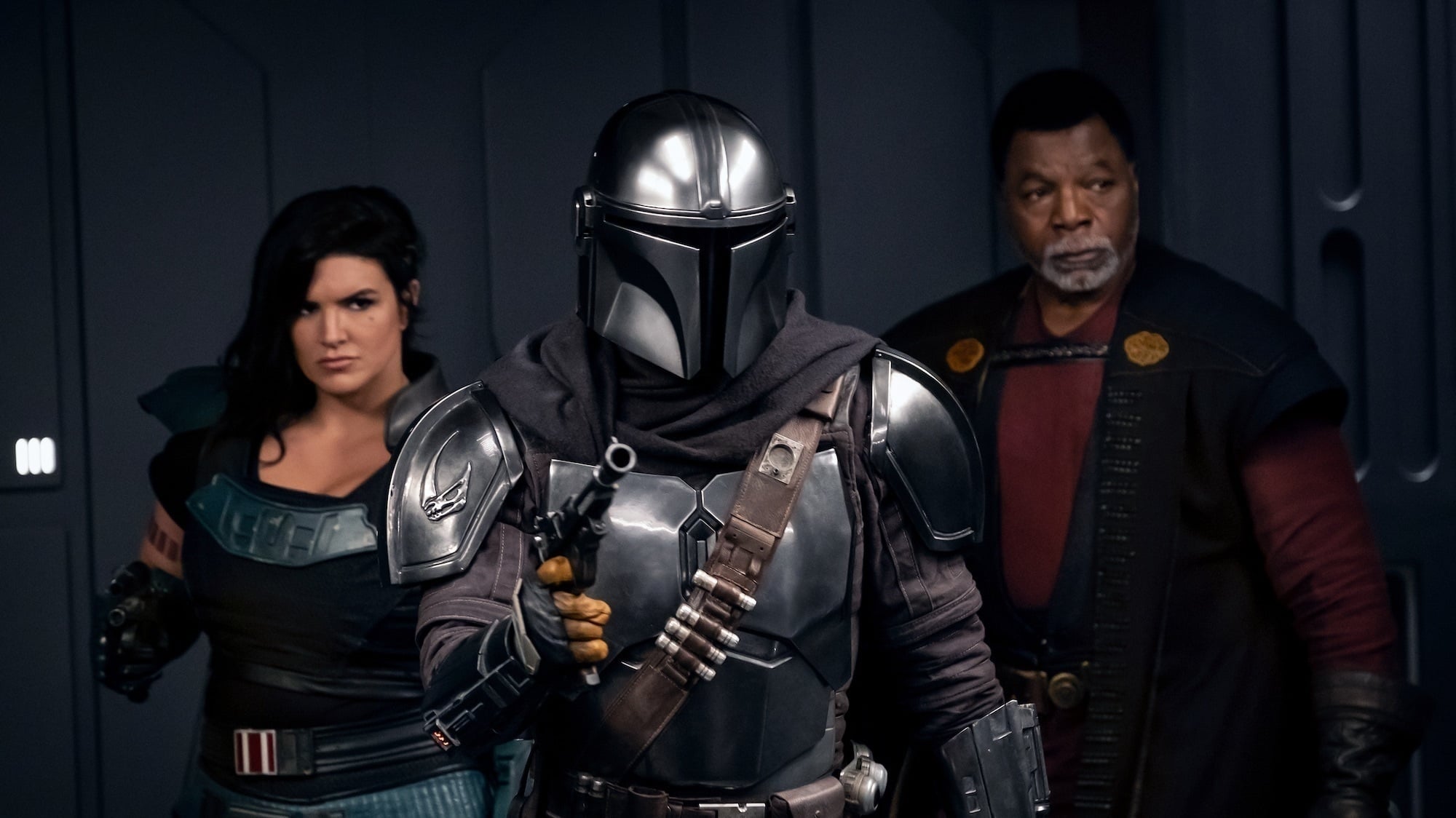 The episode opens with the partially repaired Razor Crest traveling through space. The Mandalorian Din Djarin and the Child work together to repair the ship but the Child is unable to understand Din’s instructions with the red and blue wires. Djarin tells the Child to keep them apart but he almost electrocutes himself. While the Child has some soup, Djarin realizes that they are unable to travel directly to Corvus due to the state of the ship. He decides to visit some friends on Nevarro for repairs.

Meanwhile, the former Armorer’s workshop is now a hideout for Aqualish robbers, with its furnace serving as their kitchen fireplace. The robbers are debating over their loot and preparing to kill and eat a lava meerkat for a meal. Before they can butcher the creature, one of the Aqualish hears some movement and realizes someone is around. The Aqualish sport their blasters but are ambushed by Carasynthia Dune, now the Marshal of Nevarro, who engages them in physical combat. She quickly bests them in combat and uses one of them as a shield. After eliminating the hostiles, she goes through their stolen goods and befriends the lava meerkat, telling the creature that no one is eating it today and that it is free. She gives the lava meerkat some food before returning their stolen property to their rightful owners.

Anchorage on Nevarro
Meanwhile, Djarin lands the ramshackle Razor Crest on the outskirts of Nevarro city. He and the Child are met by Greef Karga, now the Magistrate of Nevarro, and Cara Dune. Seeing the damaged state of the ship, Greef offers to repair Djarin’s ship. Din asks how much his credits are worth around here. While stroking the Child’s face, Cara says that they can work something out. Greef instructs some workers to fix Din’s ship before carrying the Child, teasing him playfully. One of the workers is a Mimbanese who takes an interest in Djarin and the Child.

While walking through the streets of Nevarro city, Djarin notices that the town is bustling with traders. Karga says that he is busy with clerical work and credits Marshal Dune with enforcing law and order in the town. Cara notices that the Razor Crest is not looking so good. Din mentions his run-in with the New Republic, whom Karga believes should leave the Outer Rim Territories alone. If the Old Empire couldn’t settle it, Karga reasons that the Republic won’t do better.