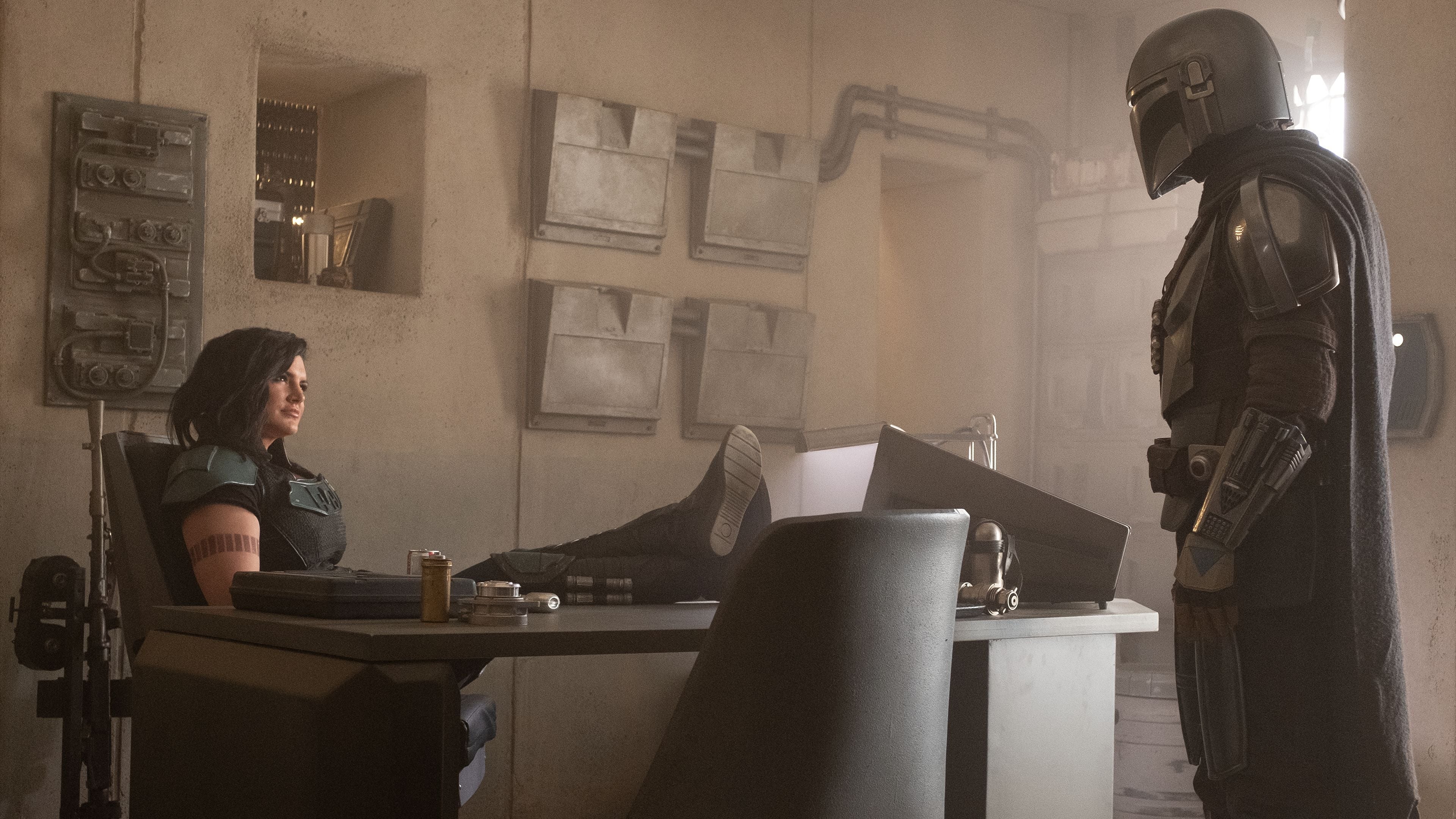 As the Razor Crest approaches the planet Tython, Din Djarin speaks to Grogu, addressing him by his name. He trains the Child to use the Force to summon the joystick ball. Djarin tells Grogu that he is impressed with his Force powers, promising to help him find a Jedi who can train him. He tells Grogu that he would have to go to any Jedi who would answer the call, saying that Grogu is too powerful to train. Djarin explains that he promised to take Grogu back to his own kind.

The Razor Crest descends into Tython’s atmosphere, flying over several hills. Using the ship’s navigation systems, Djarin closes in on the seeing stone that Ahsoka Tano had told him about earlier. Since the “magic rock” lacks a suitable area for the Razor Crest to land, Djarin decides that they will have to “travel the last stretch with the windows down.” Djarin travels on a jetpack with the Child in his arms to the seeing stone.

They find that the stone is a rocky dome that lies at the center of several stony structures surrounding a circle. He places the Child on top of the stone and wonders if there is a way to activate the structure. Djarin uses his helmet scanner to scan for any controls. Grogu plays with a butterfly. While Djarin wonders how to get the Child to activate the structure, he sights a starship circling them which turns out to be Slave I, Boba Fett’s starship. As Slave I lands in a nearby clearing, Djarin tells Grogu that they have to get out of here.

Just then, Grogu summons a force field around the stone. Djarin is unable to reach Grogu. Through his helmet scanner, Djarin sees a figure exiting Slave I and decides to buy Grogu time by standing guard. Djarin walks down the hill and takes position behind a rock, narrowly avoiding blaster fire. A hooded man approaches Djarin, telling him that he has been tracking him. Djarin asks if he is a Jedi or if he is after the Child.