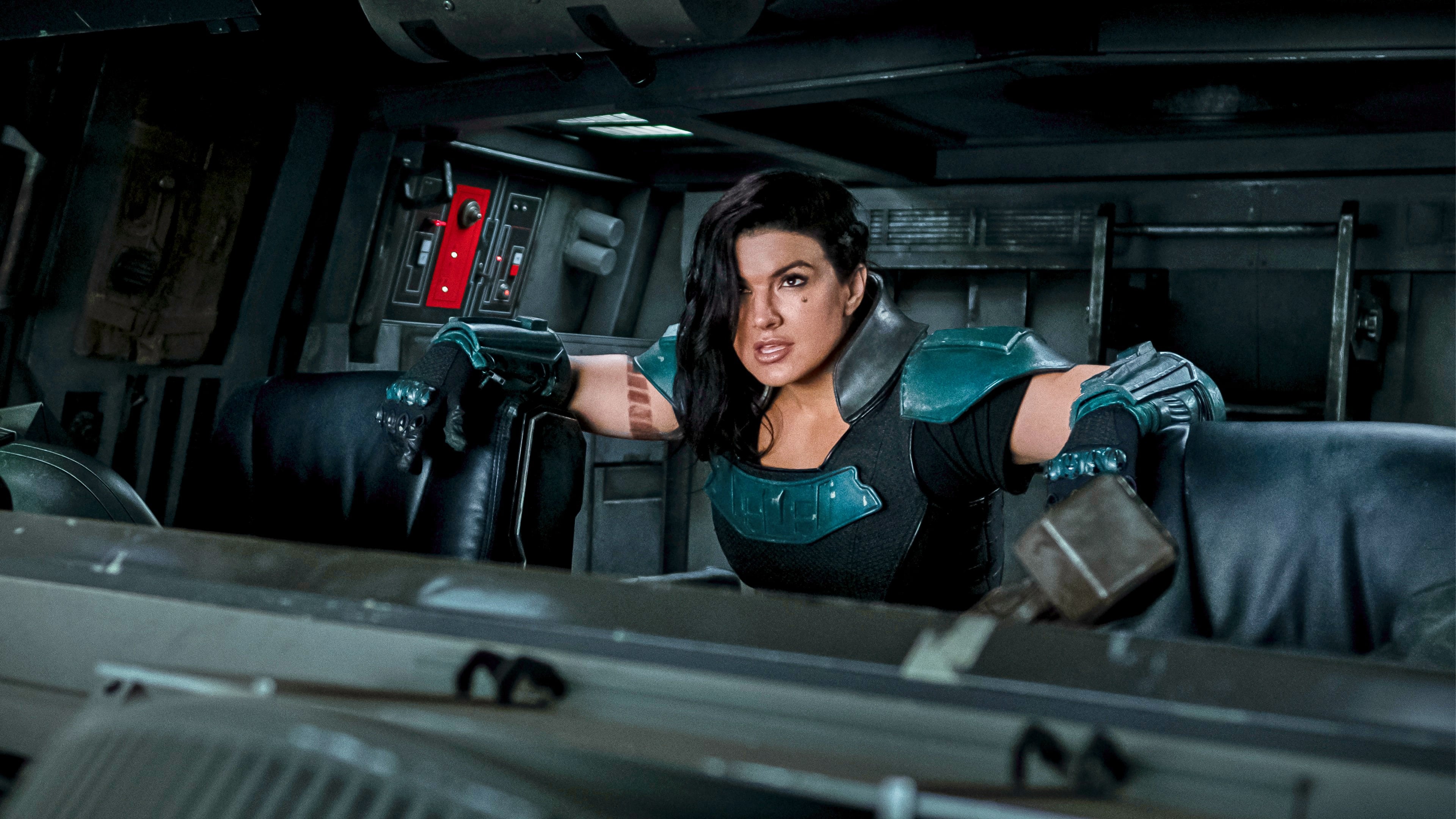 The episode opens with a New Republic Correctional Transport flying over the Karthon Chop Fields. Several crane walkers tower over the field while prisoners work on disassembling starships. A New Republic security droid walks up to Migs Mayfeld (designated as inmate 34667) who is working on dismantling a TIE line starfighter. The droid tells him he has been given new instructions, at which point Marshal of the New Republic Carasynthia Dune rounds the corner, remanding the prisoner into her custody. When Mayfeld asks what is going on, Dune removes his leg shackle and tells him that she has a job for him. The inmate complies after the security droid threatens him with its stun baton.

A confused Mayfeld follows Dune, asking where she is taking him. She leads him to the parked Slave I where he is greeted by Boba Fett and Fennec Shand. Mayfeld is relieved, having initially mistaken Fett for the Mandalorian Din Djarin. However, his elation is short-lived as Djarin descends down the ramp shortly after Fett. Mayfeld asks Djarin if he has come to kill him.

Dune replies for him, stating that all he needs to know is that she bent a lot of rules to bring him along. When Mayfeld asks why he is so lucky, Dune says that it is because he is ex-Imperial. Mayfeld becomes defensive, assuming they are angry with him for having served the enemy. Djarin ignores his remarks and asks to confirm he still knows his Imperial clearances and protocols. Djarin and his crew turn around and reboard Fett’s ship. Seeing Dune and her companions as his only ticket offworld, the prisoner decides to accompany them.

Once seated in the passenger compartment of the Slave I, Djarin tells Mayfeld that they need coordinates for Moff Gideon’s light cruiser. Mayfeld thinks that is too difficult and asks to be taken back to the scrapyard. Dune explains that the Moff has his “kid.” Mayfeld asks if she means the “little green guy” and Dune confirms this. Mayfeld asks if helping them will get him released. Dune, unamused, shoots the idea down and says he only gets a better view.

Mayfeld reluctantly agrees to help but says he cannot get the coordinates without access to an internal Imperial terminal, saying he thinks there is one on the planet Morak. Djarin does not believe anything is on the planet; Mayfeld explains there is a secret Imperial mining hub. Mayfeld promises to get the coordinates if they can get him inside. Djarin tells his fellow Mandalorian to set course for Morak, at which point Fett pilots the ship into space.