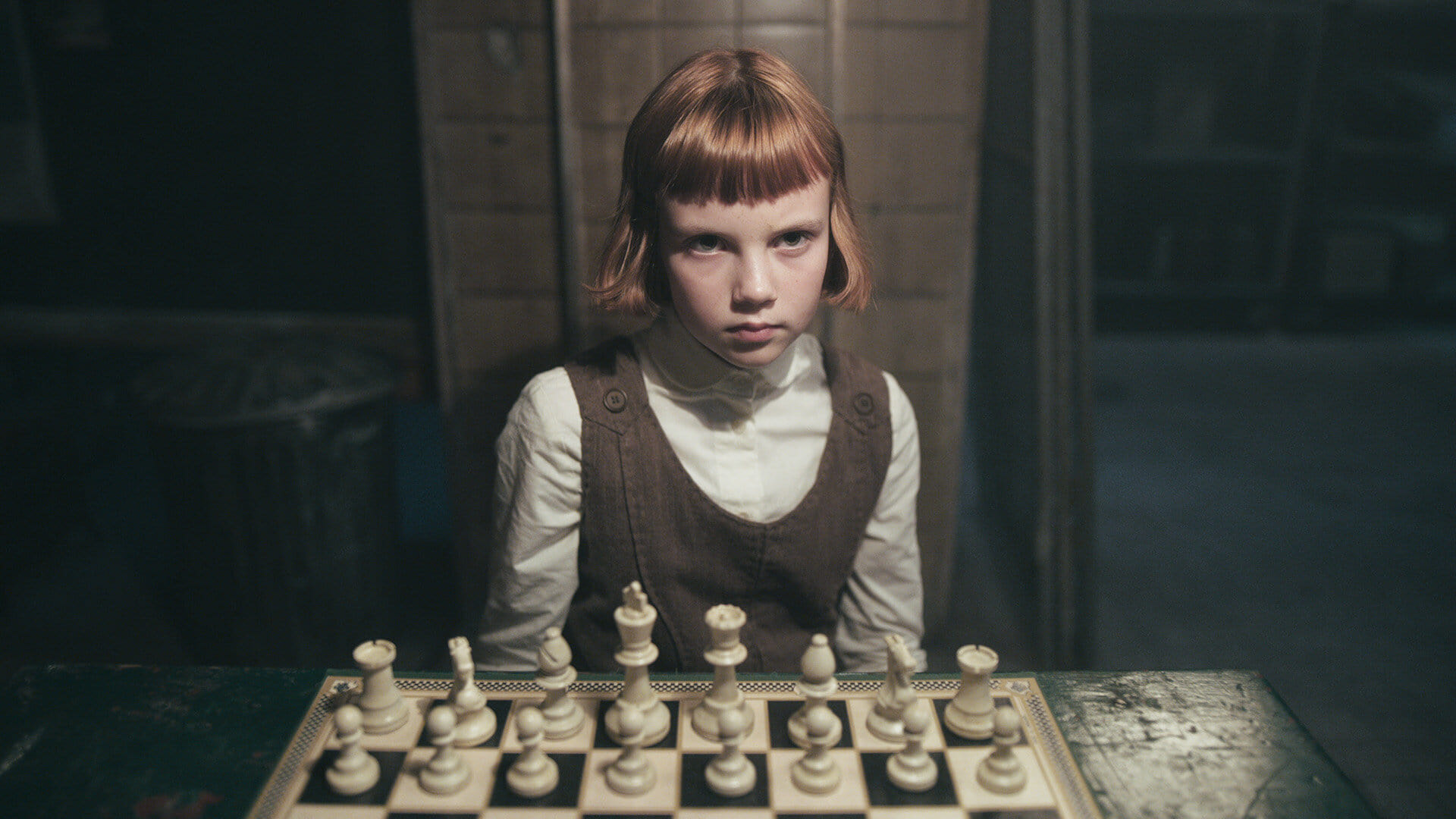 Elizabeth Harmon is orphaned at age 9 when her mother dies in a car crash on New Circle Road. She is taken to an orphanage, where the children are given tranquilizing pills to make them more compliant. While cleaning erasers in the basement, Beth discovers the custodian, Mr. Shaibel, studying chess on his own. After repeated requests he reluctantly agrees to teach her the game.

She has worked out how the pieces move by observing him. She becomes obsessed and improves quickly, thanks to her spatial intelligence and abuse of the mind-altering tranquilizers, which allow her to focus and visualize chess games on the ceiling above her bed. When she is able to beat him regularly, Shaibel introduces her to the local high school chess club teacher, Mr. Ganz, whom she also beats. Ganz invites her to play a simultaneous exhibition against his entire club.

After the state passes a law outlawing the use of tranquilizers on children, Beth begins to suffer from withdrawal. Provided a tranquilizer pill by her friend Jolene, Beth beats Ganz’s entire class easily, later commenting to Shaibel on their poor chess skills and how invigorating it was to win. Still suffering from withdrawal, she is caught stealing a jar of the medication and passes out after overdosing by swallowing several mouthfuls of pills.