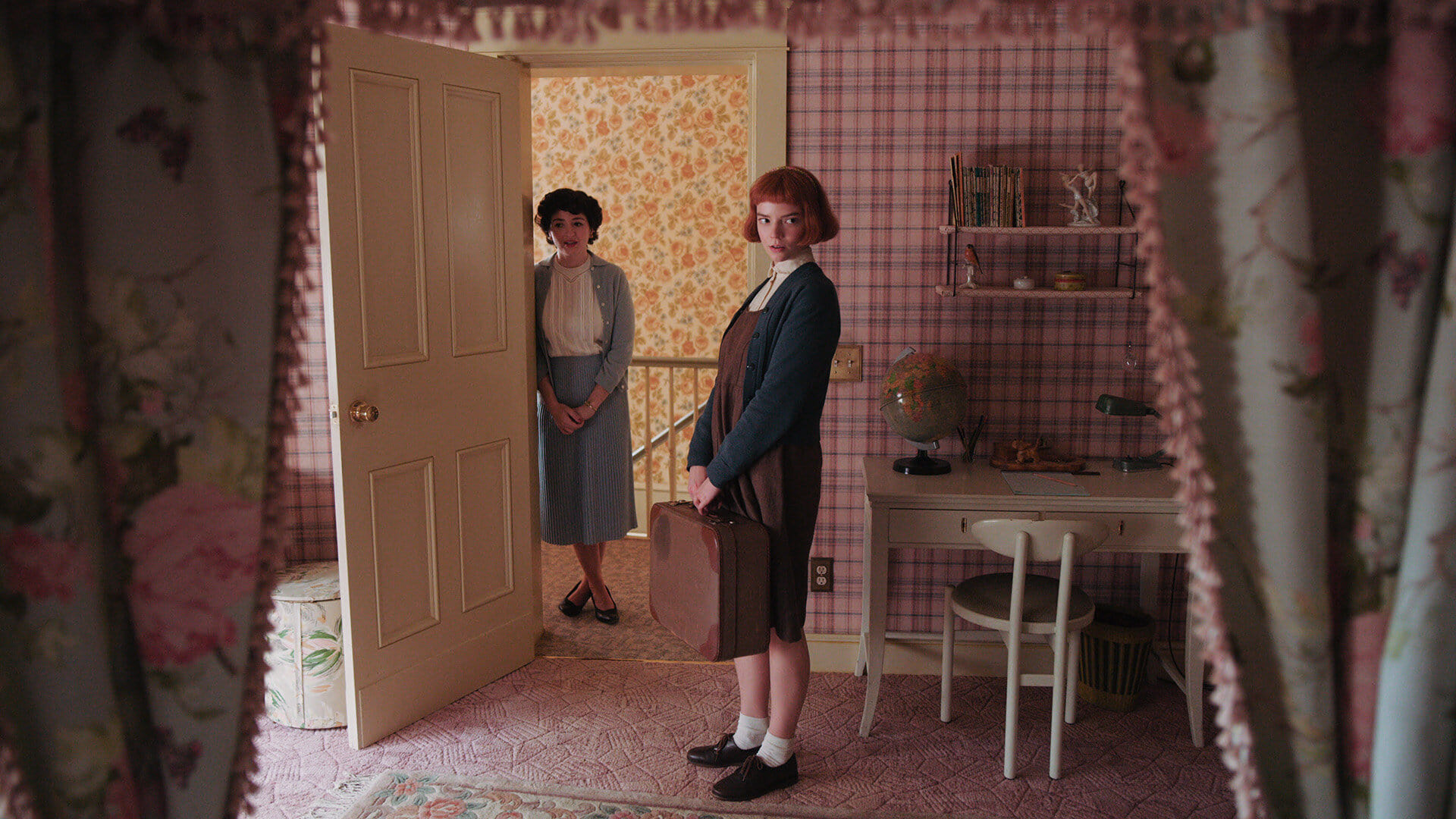 Beth is adopted as a teenager by Lexington couple Alma and Allston Wheatley. Alma is unhappy, while Allston is emotionally distant and frequently absent for his sales job. At her new high school, Beth is bullied by the popular girls from the “Apple Pi Club” for her drab clothes and obvious intelligence. Beth steals tranquilizers from her mother (the same kind that she was given at the orphanage), and again begins to visualize chess positions on the ceiling.

She also steals a chess magazine and learns about the upcoming Kentucky State Championship. Short of money, she writes to Mr. Shaibel, who sends her $5 for the entrance fee. She surprises the organizers by cruising through her early games, and develops a crush on a young man named Townes. After the second day of the tournament, Beth comes home to find that Allston has deserted her and Alma.

Beth fears that she will be sent back to the orphanage, but Alma tells her they will lie so she can stay. During her final game of the tournament against state champion Harry Beltik, Beth becomes flustered by his late arrival and runs to the restroom, where she takes a tranquilizer pill to help win the game. Alma plans to take Beth to a tournament in Cincinnati where substantial prize money is on offer.