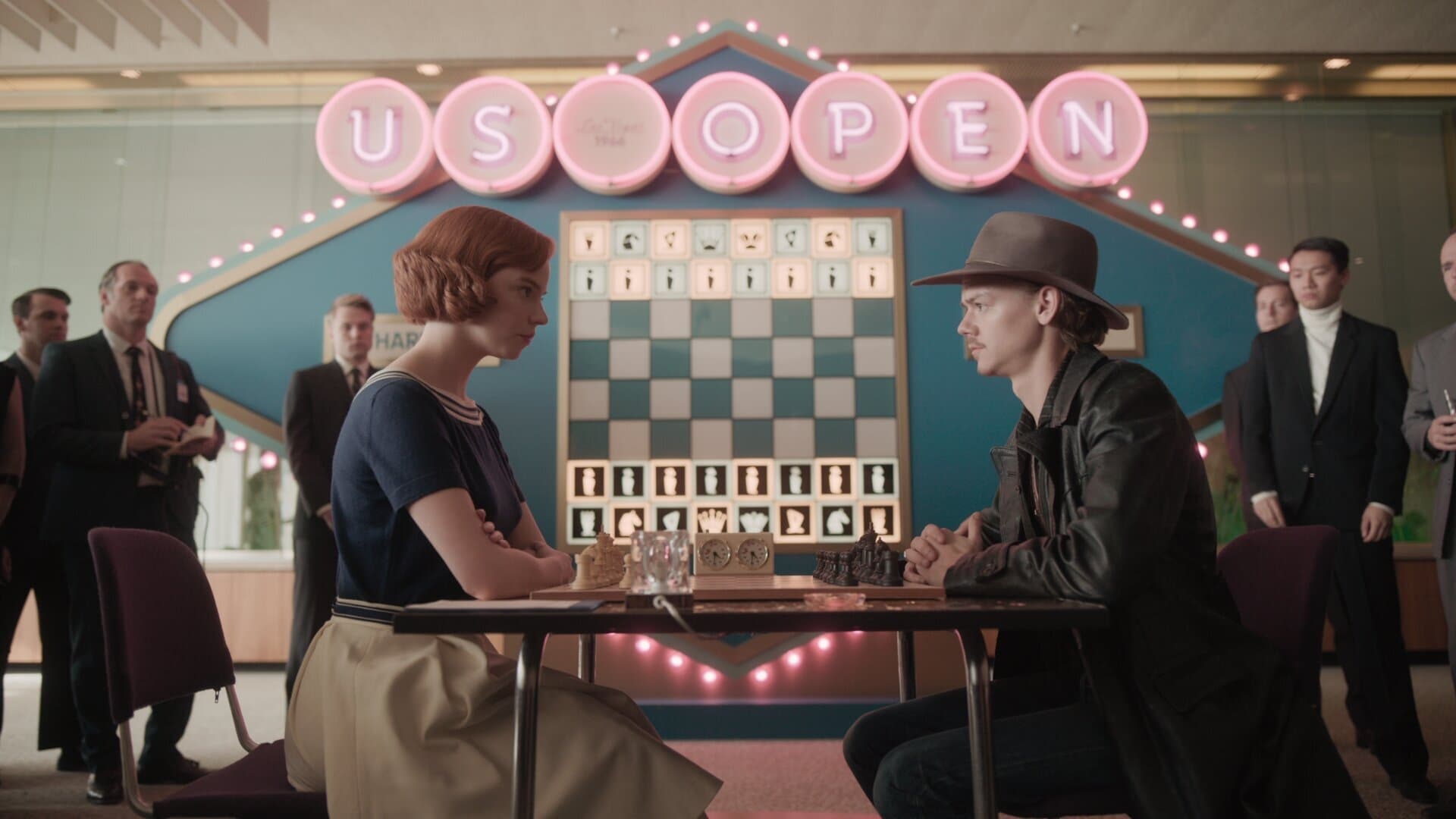 Beth wins the tournament in Cincinnati, giving Alma 15% of the prize money. Beth continues to skip school while traveling to tournaments and quickly gains national recognition for her achievements. She also begins dressing more stylishly as her winnings increase. At school, Beth is invited to a meeting of the “Apple Pi Club” by the girls who had initially shunned her.

She soon realizes she has nothing in common with them and, stealing a bottle of gin, escapes back home. In 1966, Beth heads to Las Vegas for the U.S. Open where she is reunited with Townes, now a journalist covering the event for the Lexington newspaper. They return to his hotel room where Townes takes pictures of her. The two play chess and share a brief, intimate moment, but are interrupted by Townes’s roommate, whom Beth suspects is also his boyfriend.

Beth abruptly leaves before Townes can explain the situation. Beth runs into the current U.S. national champion, Benny Watts, who points out an error in her game against Beltik. Beth is taken aback and replays her earlier game, losing her confidence. She experiences her first professional loss against Watts the next day and they finish the tournament as co-champions.