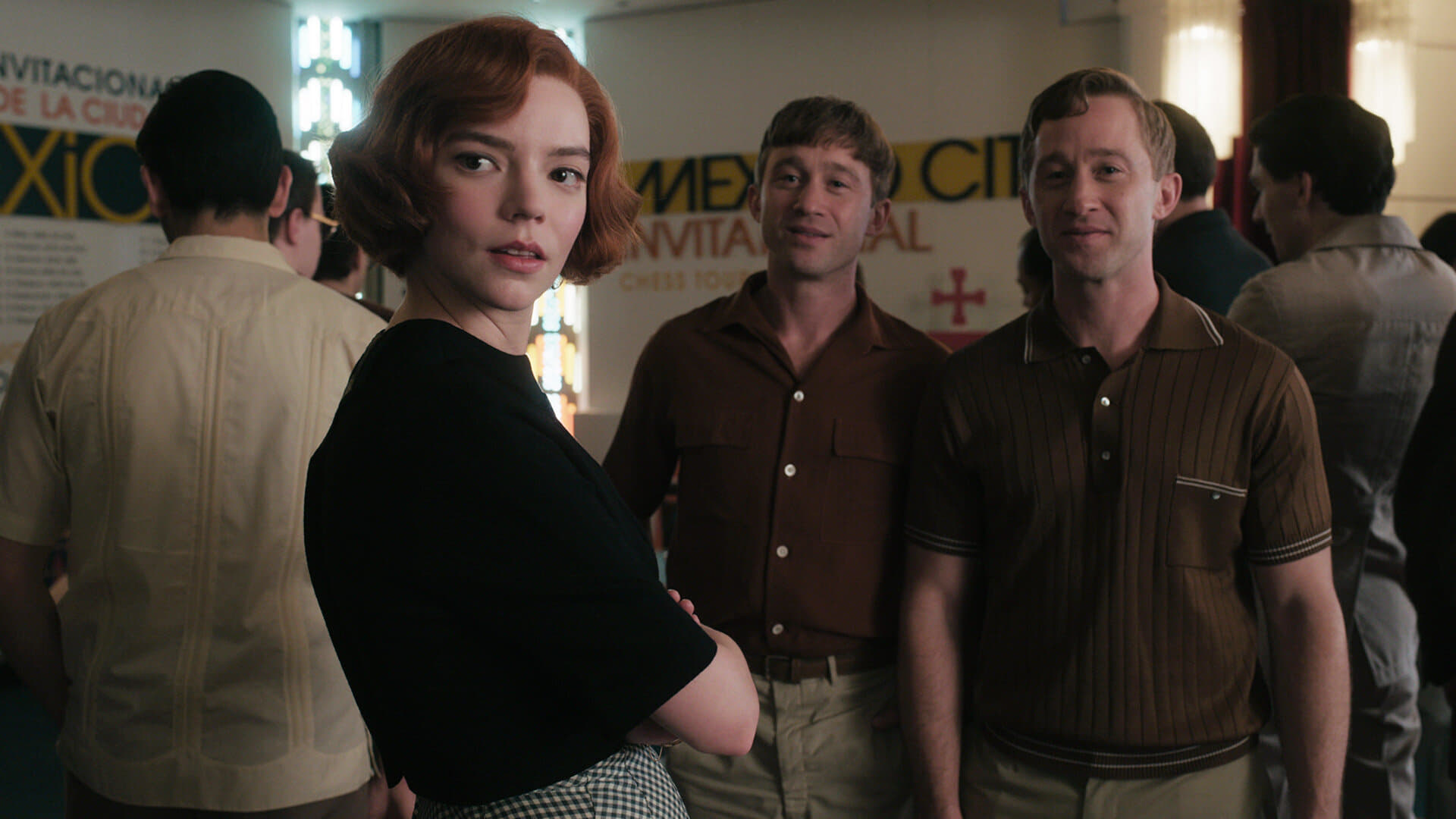 Beth takes night classes in Russian at a local college. She attends a party where she smokes marijuana and sleeps with one of the students. Left alone in her empty apartment for the weekend, she indulges herself with more alcohol and drugs. After graduating high school, Beth travels to an international tournament in Mexico City with Alma.

Beth competes against several international players, including 13-year-old Soviet prodigy Georgi Girev, whom she defeats in a tough game lasting two days. While in a crowded elevator, Beth overhears a conversation between Soviet world champion Vasily Borgov and two associates discussing her playing style and potential weaknesses. Borgov comments she is an orphan and a survivor like them. Beth then plays Borgov and loses to him in an intense game after he surprises her with an offbeat opening.

Back in the hotel room, Beth discovers Alma has died of suspected hepatitis, likely worsened by her excessive drinking. Beth manages to contact Allston in Denver, who wants nothing to do with the burial arrangements. However, he agrees to let Beth keep the house. Beth buys more tranquilizers from a pharmacy before flying home to arrange Alma’s burial, ordering her trademark Gibson as tribute.