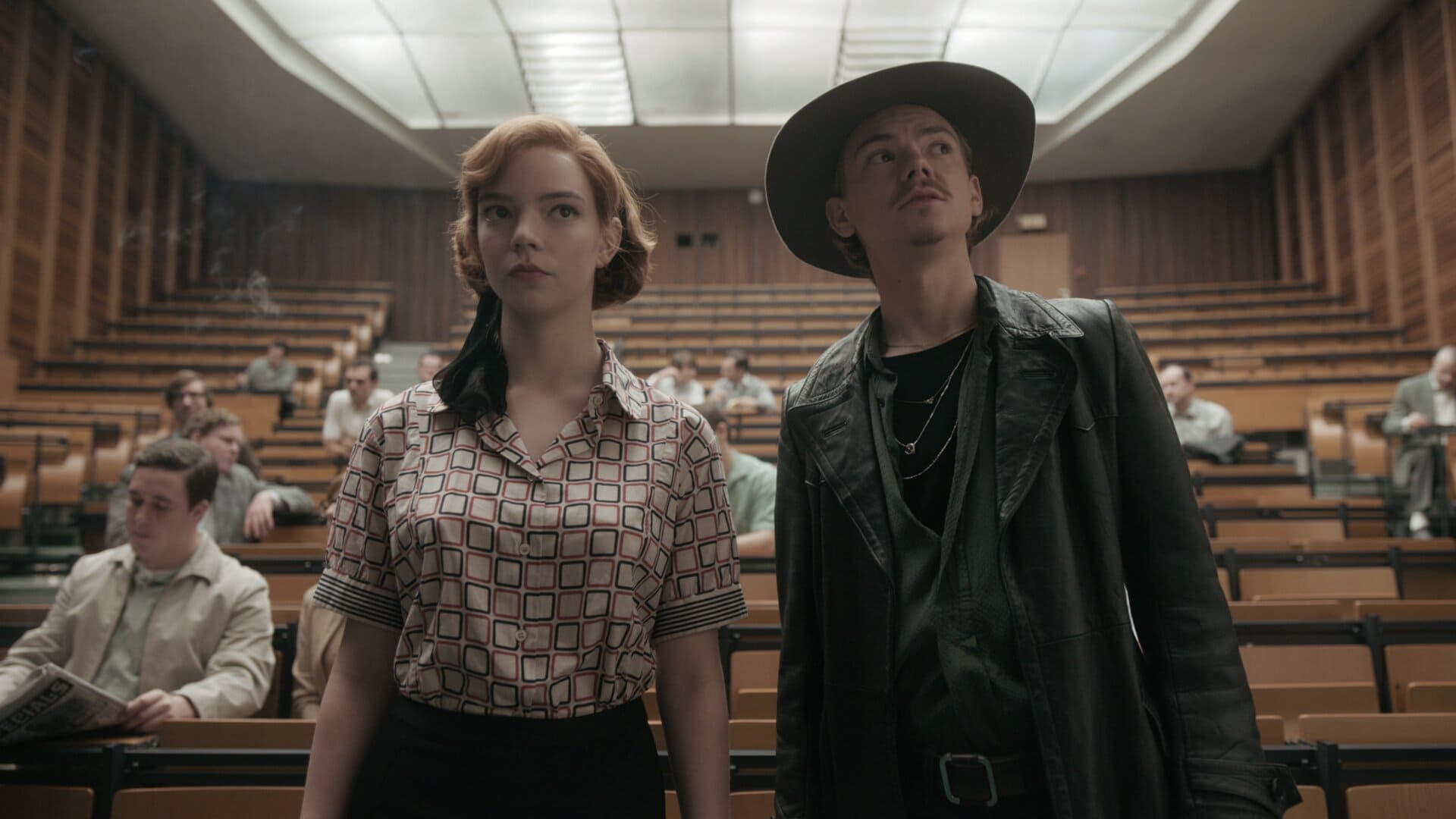 Beth returns home to Kentucky and reconnects with Harry Beltik, who is attending college and has romantic feelings for her. At Beth’s suggestion, he moves into Alma’s house to accompany the now lonely Beth. The two spend time training and sleep together a few times until Beltik realizes Beth’s obsession with chess will always supersede any relationship they may have.

The two part ways, as Beltik admits his passion for the game has waned. Beth meets her former high school tormentor Margaret in town now married soon after graduating. She now has a baby daughter and is fast becoming an alcoholic. Beth travels to the 1967 U.S. Championship in Ohio, where she reunites with Benny Watts. The evening before they are scheduled to face each other in the final game, Benny challenges Beth to several rounds of speed chess for five dollars each.

An experienced speed chess hustler, he beats her consistently and cleans her out of all her cash. The next day, however, Beth defeats Benny to become the U.S. champion. The two discuss Beth’s future in international competition. Benny, recognizing that Beth needs both a role model and a trainer, invites Beth to train for the Paris Invitational with him in New York City.