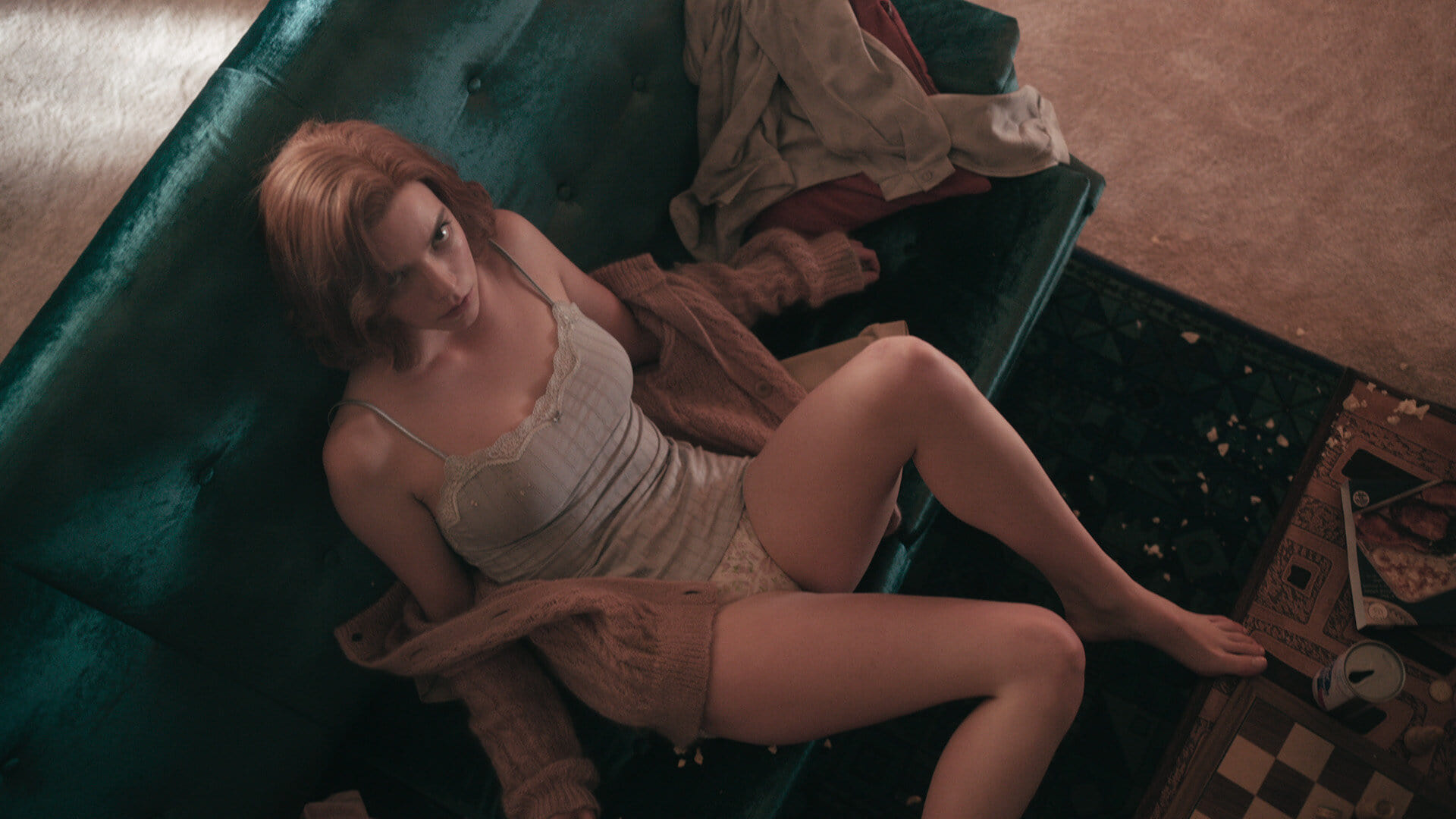 Beth travels to New York with Benny, where he trains her for the Paris Invitational. He invites two strong players, Hilton Wexler and Arthur Levertov to assist, along with a mutual friend, a French model named Cleo, who quickly befriends Beth. Beth repeatedly beats Benny, Wexler, and Levertov at simultaneous speed chess, winning back more than Benny took from her in Ohio. Beth and Benny sleep together, but Benny ruins the mood by talking chess strategy for Paris afterwards. At the Paris Invitational, Beth advances to the finals against Borgov.

Cleo, who is also in Paris, invites Beth out for drinks. Beth hesitantly joins Cleo at the bar, resulting in a late-night bender. Hungover, Beth oversleeps for the final and is unable to focus, losing once more to Borgov. Devastated, Beth declines Benny’s offer to continue staying with him in New York to prepare for the Moscow Invitational. Instead she returns to Kentucky.

Upon her returning home, she is contacted by her lawyer stating her estranged adoptive father, Allston Wheatley, now has issues with her living in his house. He demands she vacate, insisting he did not give her house, despite her protestations. Beth buys the house from him, agreeing to pay the equity of $7,000 but subtracting the burial arrangement cost for her adoptive mother, Alma Wheatley. Alone, she removes all his belongings from the house and redecorates the house.

Soon after, she plunges into a days-long drug and alcohol binge, ignoring phone calls and the outside world. Reluctantly honoring her commitment to visit the Kentucky State Championship, she blows off her first-ever tournament opponent Annette, before Harry confronts her about her alcoholism. The next day, Beth finds her old friend Jolene at her front door.