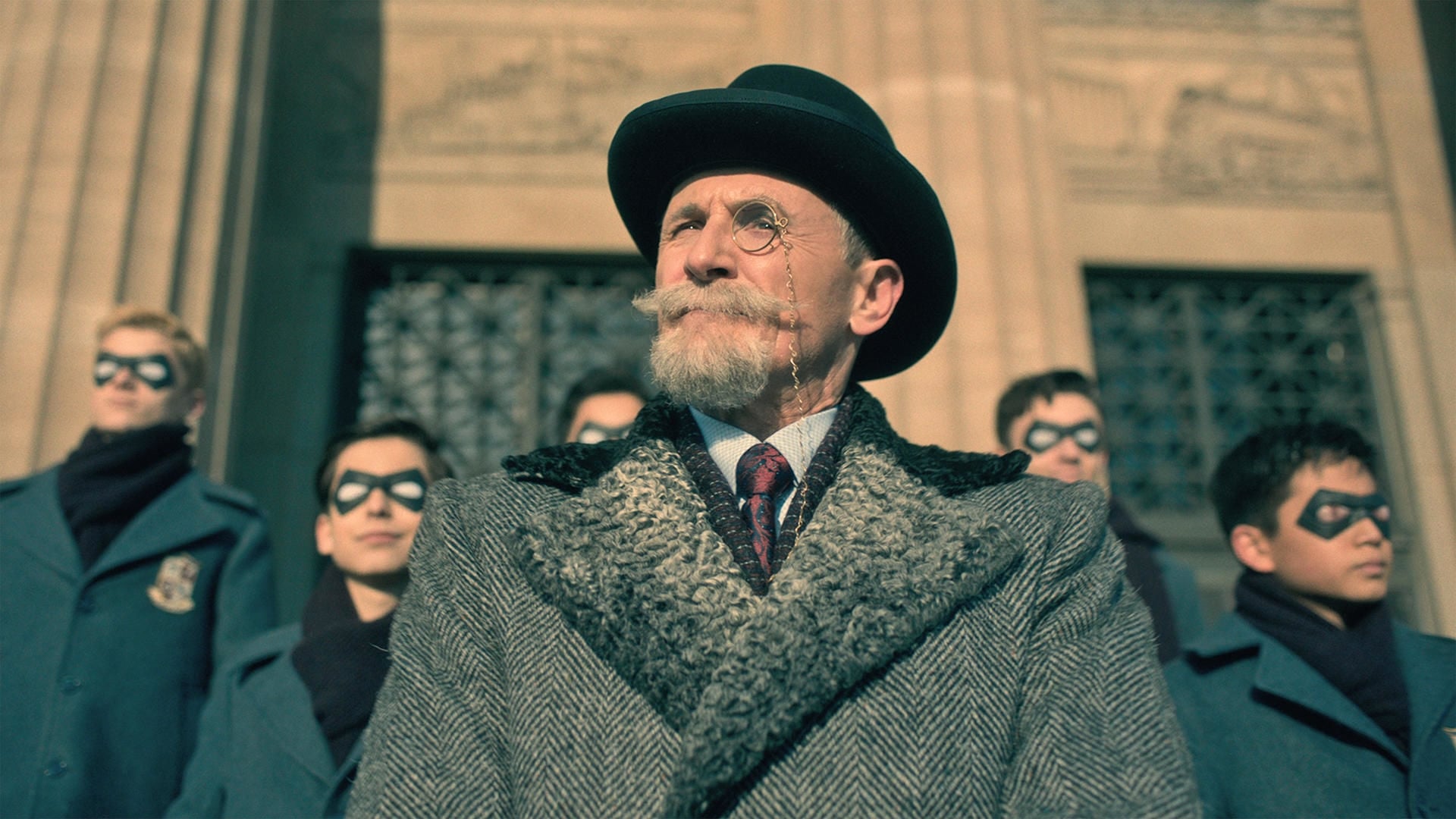 
Plot : We Only See Each Other at Weddings and Funerals

In 1989, forty-three women simultaneously give birth, despite showing no prior signs of pregnancy. Seven of the children are found and adopted by eccentric billionaire Sir Reginald Hargreeves, who raises them as a superhero team. Hargreeves calls the children by number, one through seven, but Grace, their android mother, gives them names. Years later the surviving children are grown, and reluctantly reunite for Hargreeves’ funeral. The monocle that he always wore is missing after his death, leading Luther (Number One) to suspect foul play.

Number Five, who disappeared 16 years before, appears in a ball of blue energy, claiming to have returned from the future. He has his 13-year-old body but claims that he is fifty-eight years old. Tensions emerge among the siblings, and Diego (Number Two) gets into a fight with Luther that destroys a statue of their dead brother, Ben (Number Six). Later, Five is visiting a doughnut shop when several armed men enter and open fire. After killing the men, he removes a tracker embedded in his arm. It is revealed that Diego has the monocle and that Klaus (Number Four) can talk to Ben’s ghost. Five warns his estranged sister Vanya (Number Seven) that the world will end in eight days.