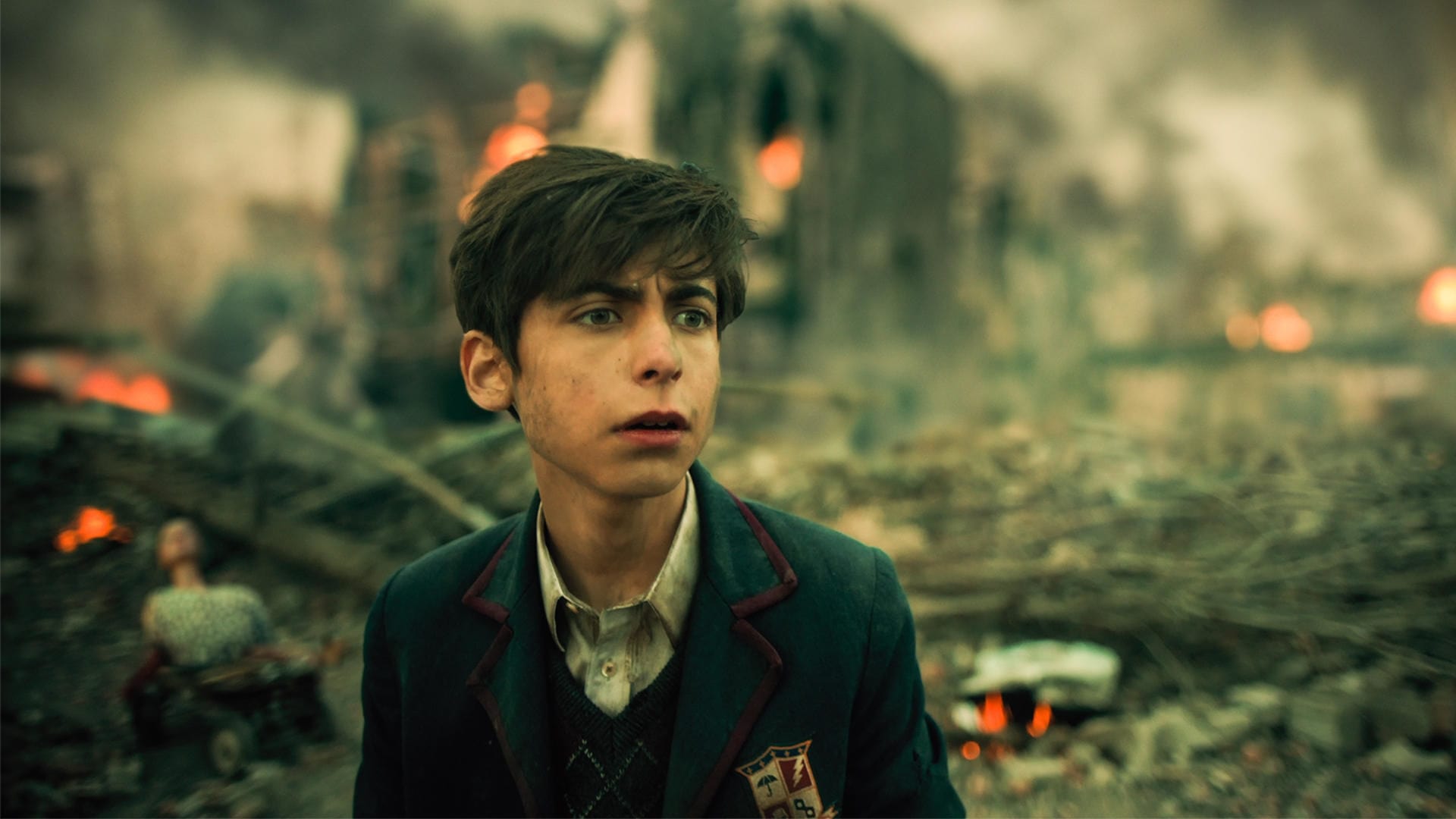 Vanya thinks Five’s mind has been corrupted by time travel, and that the world will not really end. Agents Cha-Cha and Hazel arrive at a motel and begin to track their target. Luther learns that Diego had a boxing match at the time of their father’s death, which rules him out as a suspect, and Vanya meets her latest violin student, Leonard. Partly assisted by Klaus, Number Five tries to find out the origin of a prosthetic eye he found in the future, knowing that its owner will soon destroy the world.

The brothers learn, however, that the eye has yet to be manufactured in the present. Five visits a department store to see “Delores”, a store mannequin who was his companion for thirty years, and is attacked by Cha-Cha and Hazel. Diego’s former friend, Detective Eudora Patch, investigates the deaths at the doughnut shop, but her only witness has already been interrogated by Diego. As Allison (Number Three) watches old surveillance videos of her childhood to cheer herself up, she finds a disturbing tape of her father. It is revealed that in the apocalyptic future, Five found his siblings dead and removes the prosthetic eye from Luther’s clutch.