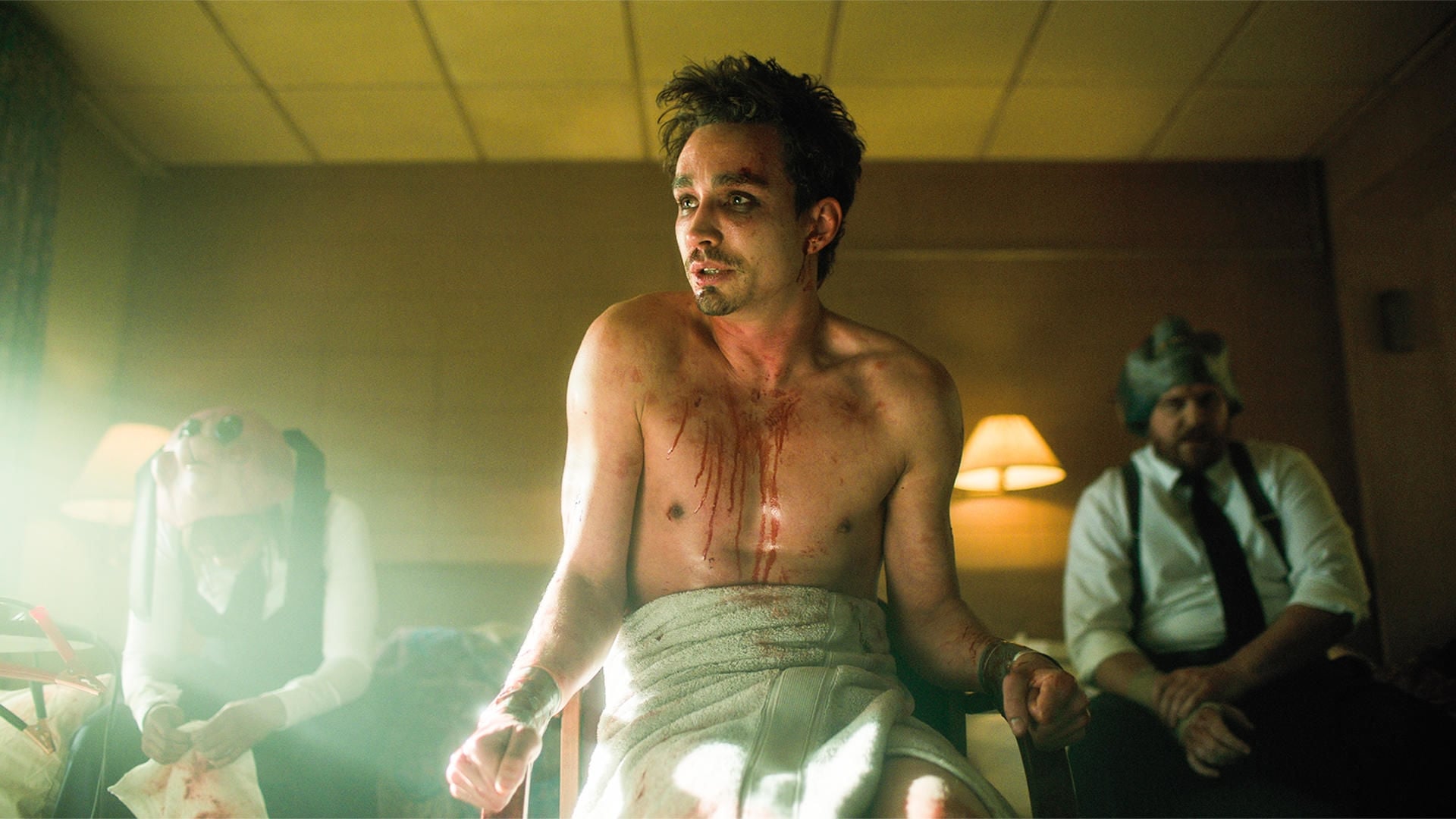 Seven years ago, Hargreeves sends Luther on a mission that goes severely wrong. To save his life, Hargreeves injects Luther with a serum that also transforms his body into that of an ape. In the present, Allison and Luther find the deactivated Grace and assume the hit-men shut her off. Leonard and Vanya bond and agree to go to dinner. Meanwhile, Cha-cha and Hazel torture Klaus to get information about Five.

When they begin to destroy Klaus’s drugs, he gives up information, and after sobering up, he begins to see their dead victims. Five threatens the man from Meritech to get more information about the prosthetic eye. Cha-cha and Hazel, now aware of Five’s investigation, go to the lab and set it aflame.

Diego and Luther find Five passed out drunk. Patch goes to the motel to search for the two hit-men and frees Klaus but gets killed by Cha-cha. Klaus escapes through the vents with the briefcase. As he opens the briefcase, he time travels.