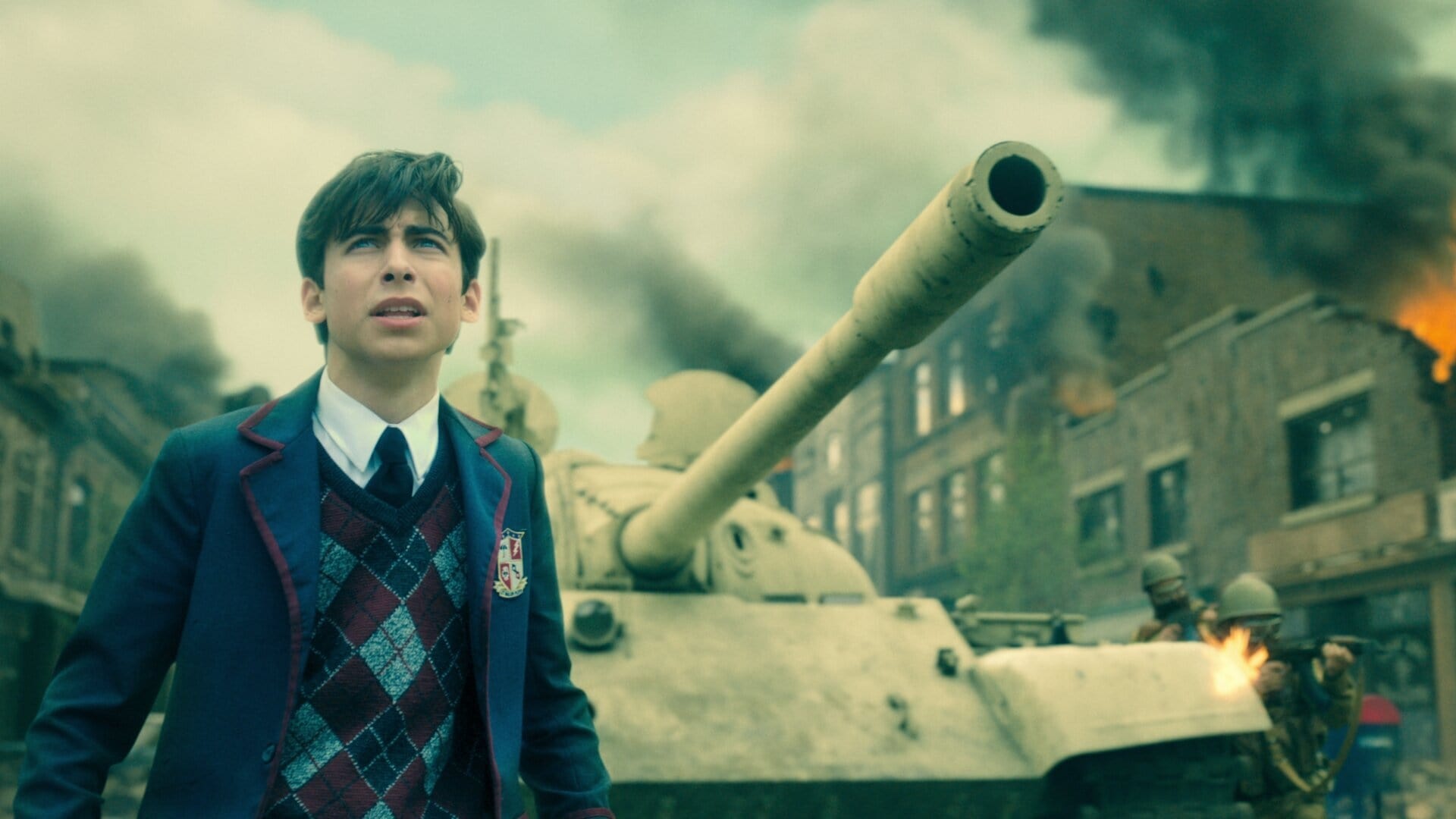 
Plot : Right Back Where We Started

Five’s time travel goes awry as his siblings end up in different years in 1960s Dallas. Five arrives on November 25, 1963, to find his siblings battling Soviet soldiers. An elderly Hazel appears, and he and Five escape before the world is destroyed by nuclear weapons. Hazel explains that was the apocalypse and that the Hargreeves siblings have ten days to stop it.

Three Swedish assassins (Axel, Otto, and Oscar) arrive and kill Hazel, though Five escapes and ends up in the house of a man named Elliott, who agrees to help Five. The other siblings’ lives are revealed: Luther is a bodyguard for Jack Ruby, Diego is a mental asylum inmate and wants to prevent the assassination of John F. Kennedy, Allison married a civil rights activist named Ray, Klaus started a cult, and Vanya, who has amnesia, is living with a married couple, Sissy and Carl, and is the nanny of their son Harlan.

After being chased by the Swedish men, Diego escapes the asylum with Lila, a friend and fellow patient. Five finds Luther at the club and tells him about the situation, but Luther refuses to help.