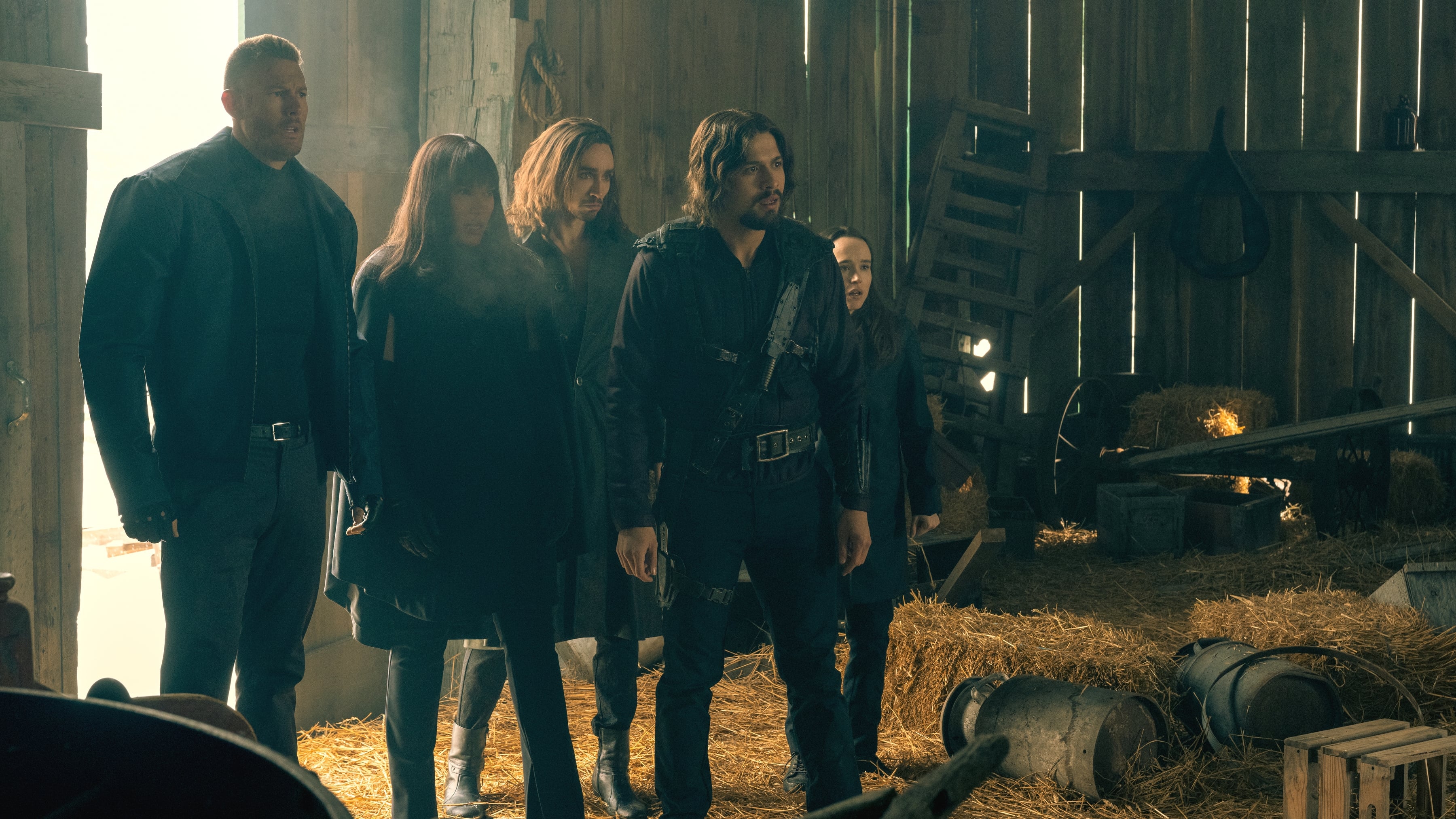 
Plot : Final : The End of Something

The Academy learns that they are wanted as terrorists for supposedly aiding in Kennedy’s assassination. Sensing that Harlan is in trouble, Vanya and the others go to Sissy’s farm. The Handler arrives with an army of Commission agents, and Vanya kills them all. Lila reveals that she can mirror the powers of the Academy, and they realize that she is another of the forty-three children who were born on the same day; the Handler had Five murder her parents in order to get Lila for herself.

The siblings reveal the truth to Lila before the Handler kills everyone and is in turn shot by Axel, the last Swede. Mortally wounded, Five reverses time by a few minutes and stops the Handler. Axel kills the Handler anyway, but agrees to end his hunt for the Academy while Lila escapes. Vanya takes her powers back from Harlan, but later she and Sissy mutually end their relationship due to Vanya’s dangerous life. Herb, now leading the Commission, allows the Academy to use a briefcase to return to 2019.

Ray receives a goodbye letter from Allison, Axel seeks a fresh start with Klaus’s cult, Dave goes off to war, and Sissy begins a new life with Harlan, who retains telekinetic abilities. In an altered 2019, the Academy discovers that a still-alive Reginald formed the “Sparrow Academy” instead of the Umbrella Academy, consisting of five different children, a floating green cube, and a still-alive Ben.