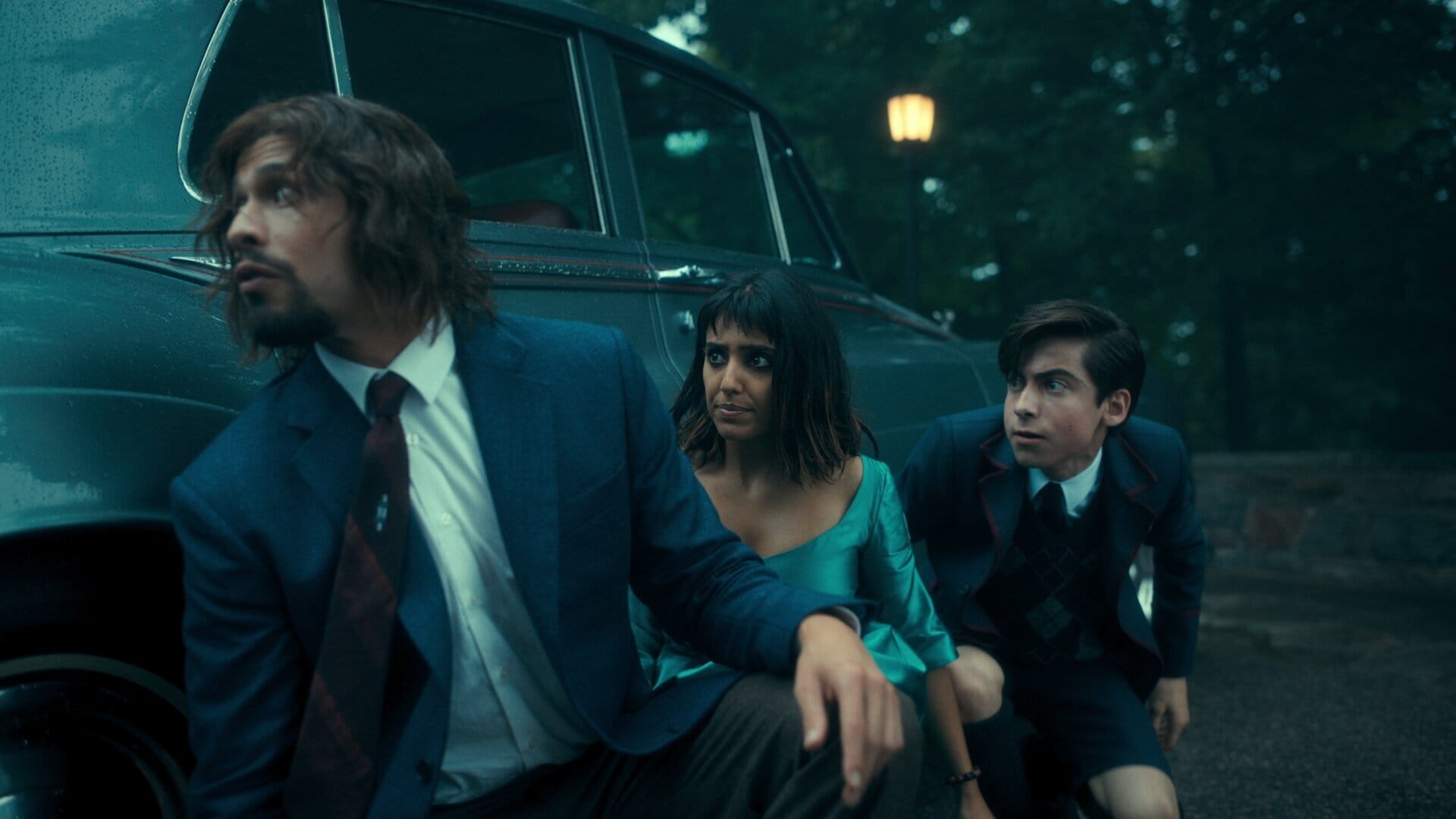 Before returning to Diego, Lila is instructed by the Handler to protect Five at all costs. Vanya learns that she caused the original apocalypse and returns to the Cooper family. Allison is unable to explain to Ray what happened without revealing her power. She leaves and finds Luther, who tells her about the upcoming apocalypse. Diego, Lila, and Five visit a gala that Reginald is attending.

Diego encounters a human Grace, who is romantically involved with Reginald. The trio is attacked by the Swedish assassins and fight them off, but Reginald leaves during the chaos of the fight. Lila chooses to protect Five and leaves Diego to fight two of the assassins. Harlan hears Vanya’s plan to leave and runs away. She goes after him, finds his toy in a lake, and uses her powers to rescue him.

Realizing that Harlan could die if she left, Vanya decides to stay. After failing to change Dave’s mind about joining the Army, Klaus begins to drink and spends the night at Allison’s. At Elliott’s house, Luther, high on nitrous oxide, reveals to Elliott that the apocalypse will arrive in seven days.