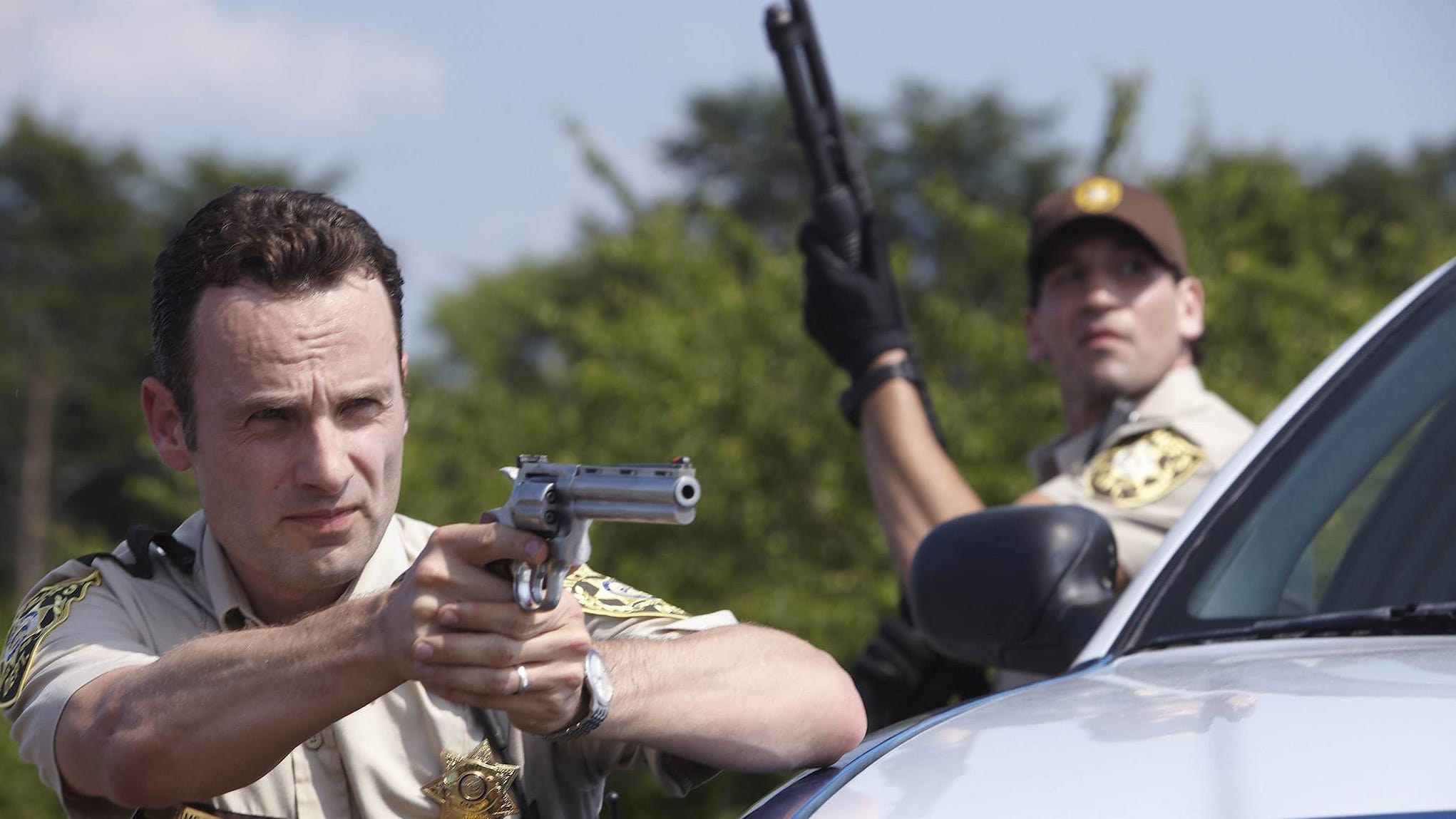 Wounded in the line of duty, King County sheriff’s deputy Rick Grimes wakes from a coma to find the world infested by zombies. Alone and disoriented, he sets off in search of his wife and son.

Rick soon encounters two other survivors — Morgan Jones and his son, Duane. Morgan gives Rick additional information about the situation, explaining that the undead are driven to eat the living. “One thing I do know, don’t you get bit,” Morgan says. “Bites kill, then you become one of them.” Duane then speaks: “I saw it happen.” Morgan saw the transformation first-hand. His wife Jenny was bitten, and then turned into a “Walker.” Now she haunts him and his son, frequently returning to the house where she died.

Rick takes Morgan and Duane to the King County Sheriff’s Department, where they stock up on guns and ammunition. Rick is headed for Atlanta, where a refugee center has formed and the CDC is supposedly working on a cure. Along with a rifle, Rick gives Morgan a walkie-talkie, with instructions to check in daily at dawn so the two men can reunite later. En route to Atlanta, Rick runs out of gas near a farmhouse, where he finds a horse to ride the rest of the way.

Meanwhile, Lori and Carl are living in a camp outside Atlanta, with Shane Walsh, Rick’s high school friend and partner. There are many other survivors present, including Amy, Dale Horvath, Jim, and the Morales and Peletier families. Believing Rick to be dead, Lori has begun a romantic relationship with Shane, who is the group’s de-facto leader.