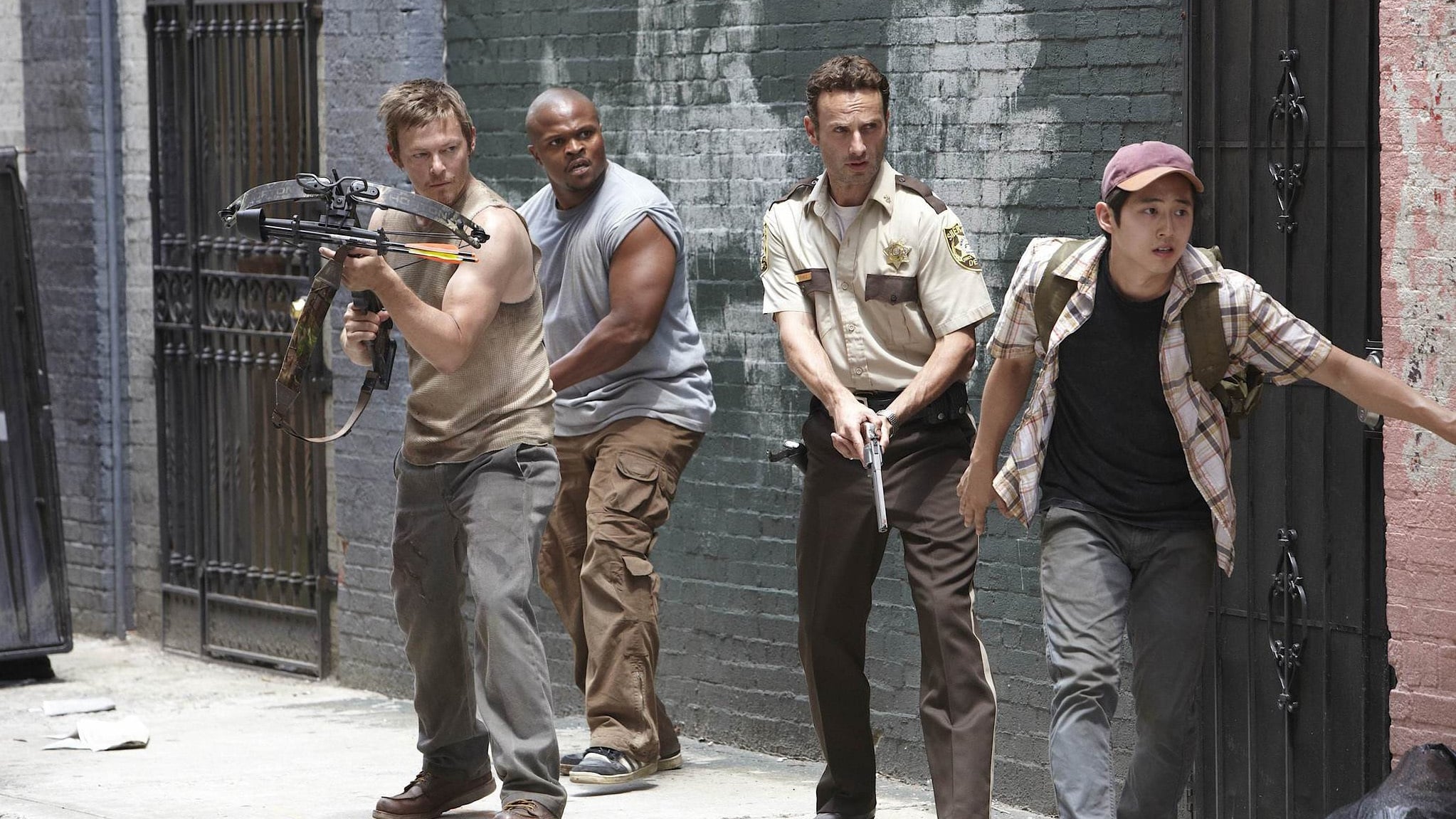 
Plot : Tell It to the Frogs

Driving back to camp, Morales warns Rick about Merle’s brother, Daryl, who will be angry that his brother was abandoned. Glenn arrives at camp first, and Shane and Dale chastise him about drawing Walkers with the car alarm. Jim disconnects the alarm just as the cube van approaches.

Andrea tearfully reunites with Amy, her younger sister, as does Morales with his family. Rick then emerges from the van and is shocked to discover Lori and Carl living at the camp. Later that night, Lori tells Rick she was told he would be Medevaced to Atlanta. But it never happened. “Mom said you died,” Carl says. “She had every reason to believe that,” Rick replies, before thanking Shane for saving them.

That night, Rick and Lori have sex in their tent, vowing to each other that this is a new beginning in their marriage. The next morning, Rick and the others find a Walker feasting on a freshly-hunted deer in the woods. Jim theorizes the undead are running out of food in the city.

Daryl returns from an overnight hunt. After being informed of his brother’s whereabouts, Daryl attacks Rick and Shane, who subdue him. Daryl vows to retrieve his older brother, horrified at the idea that they left Merle bound and unable to fend for himself. Rick volunteers to go with him, as do Glenn and T-Dog.

“You’re putting every single one of us at risk,” Shane says, arguing they need everybody to protect the camp. Rick contends that they really need the guns that he dropped when the geeks attacked. Lori is against it, but Rick tells her he has to get the walkie-talkie back. Otherwise Morgan and Duane could walk into the same trap he did.

After Rick departs, Lori tells Shane to keep away from her family. “You are the one that told me that he died,” Lori seethes. Nearby, an altercation breaks out between Ed Peletier and his meek wife, Carol. After Ed slaps Carol, Shane intervenes and beats the man mercilessly.

In Atlanta, Rick and company head to the department store where Merle was left. Reaching the door they had barricaded, they see the chains have been broken. They then find the rooftop deserted, save for a severed hand lying, bloodied, beside a hacksaw. Daryl screams, as the screen cuts to black.