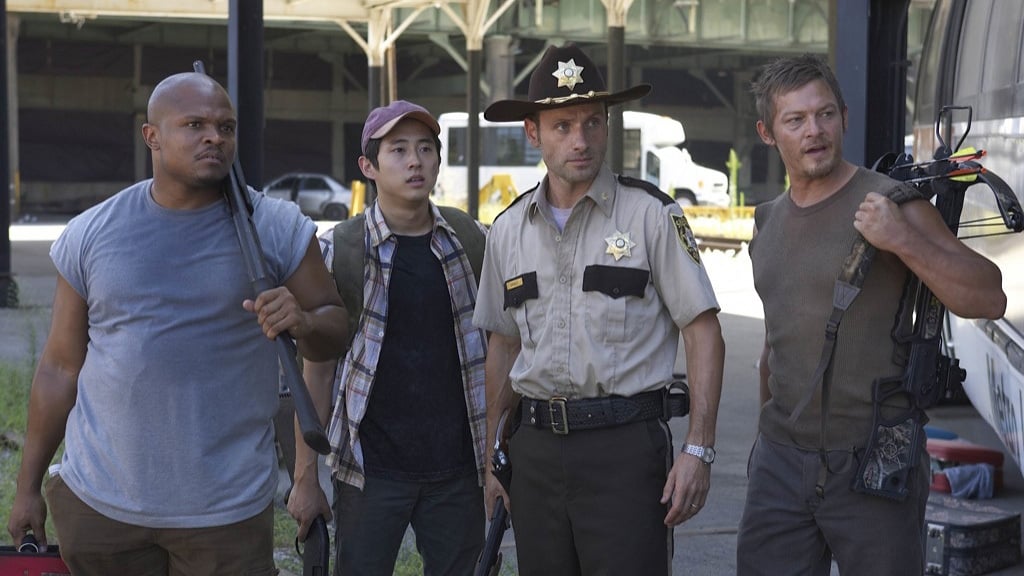 The Atlanta crew follows Merle’s trail of blood down to the streets. They decide to retrieve Rick’s guns before continuing the search. Glenn goes for the guns while the others stand guard. Their plan is derailed when Daryl is jumped by two men. Glenn is then taken hostage, and brought to an inner city fortress. Although his captors at first seem hostile, it turns out to that they are simply locals who are trying to protect elderly survivors in a nursing home. Glenn is set free, and Rick passes on some guns to the nursing home staff. Rick, Glenn, T-Dog, and Daryl then discover their vehicle is missing. “Merle,” Rick says. “He’s going to be taking some vengeance back to camp,” Daryl predicts.

Back at camp, Andrea and Amy present fellow survivors with fish caught in a nearby lake. Dale interrupts the excitement to express concern over Jim, who is feverishly digging holes without explanation. Shane subdues Jim, who cannot remember exactly why he was digging: “I had a reason, don’t remember,” he says. “Something I dreamt last night.”

Andrea, meanwhile, roots through Dale’s RV. She’s looking for something to wrap up Amy’s birthday present: a mermaid necklace she took from the department store. Later, the group feasts on fish around the campfire and the mood takes on a lighter note. When Amy steps away to go to the bathroom in the RV, she is bitten on the arm by an unseen roamer—one of many about to attack the camp. Rick and his cohorts arrive and drive the Walkers back. They are too late, though, to save Amy or Ed. Jim has also been bitten during the attack. 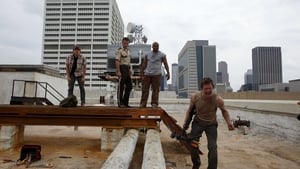