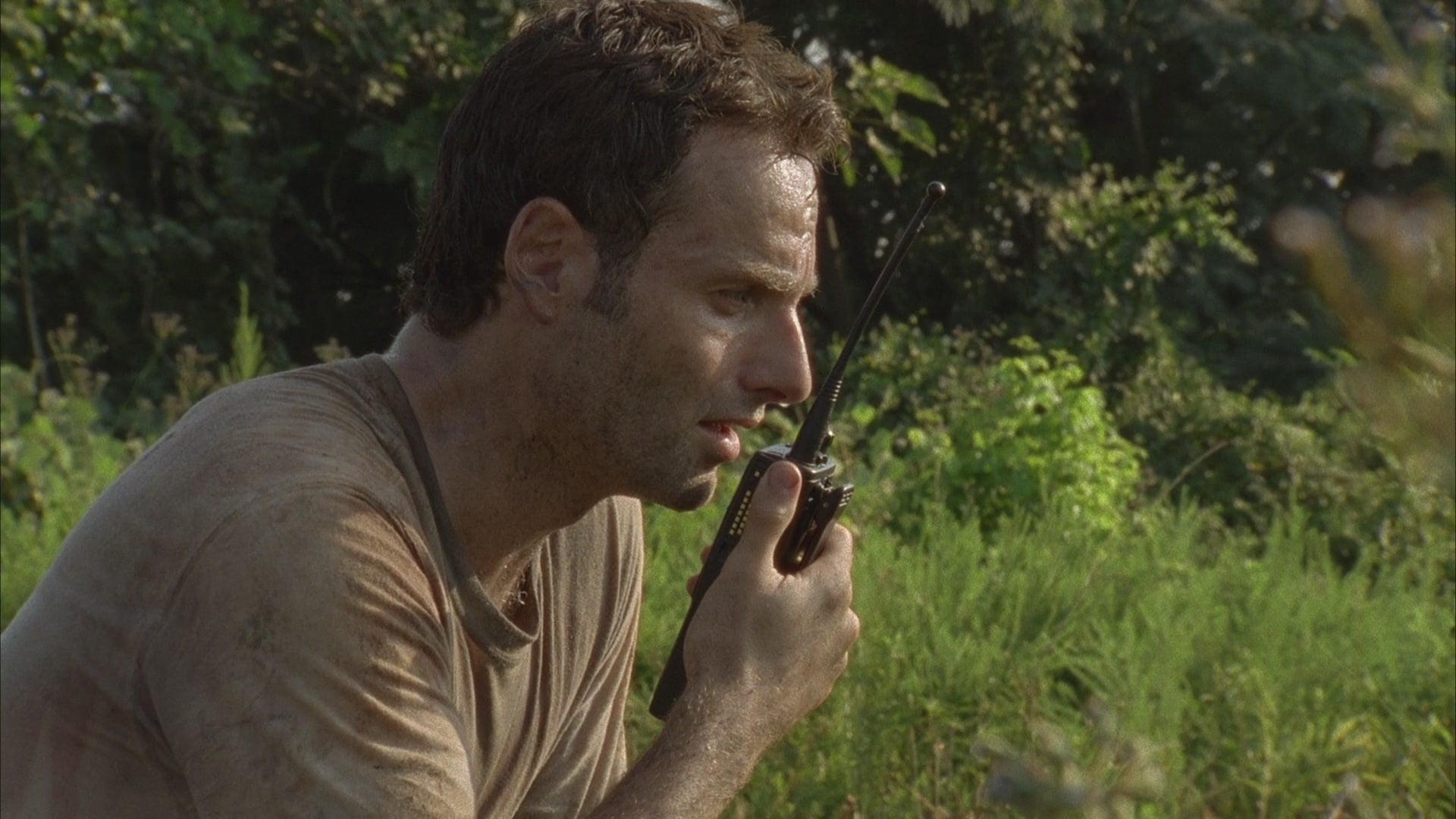 The survivors burn the Walkers, though Glenn insists they should bury their dead. Andrea cradles Amy nearby, unwilling to let anyone near the body. Dale commiserates, explaining that since his wife’s death, “you girls were the first people that I cared anything for.” Andrea tells Dale she feels guilty for missing so many of Amy’s birthdays. “I’m sorry for not ever being there,” Andrea weeps, kneeling next to a now re-animated Amy. She tells Amy that she’s here now and loves her. Then she puts her down with a shot to the head.

When Jim’s injury is revealed, and the sickness associated with infection worsens, Rick suggests the group go to the CDC for help. Shane thinks the Army base in Fort Benning is safer, but it is 125 miles away. While sweeping the forest for any remaining roamers, Shane tries to convince Rick to change his mind. “I’ve gotta do what’s best for my family,” Rick says. “If it was your family you’d feel differently.” Enraged, Shane aims his gun at an unknowing Rick, but doesn’t pull the trigger. Rick didn’t see Shane’s actions after their argument, but Dale had been watching the entire spectacle. “Jesus,” he mutters.

Later, Shane announces his support of Rick’s plan. Morales says that his family will not be joining the group, and they head off in a different direction. En route to the CDC, the RV breaks down. Jim, in agony, asks Rick to leave him behind. “I want to be with my family,” he says of his late wife and children. The group reluctantly leaves him beneath a tree.