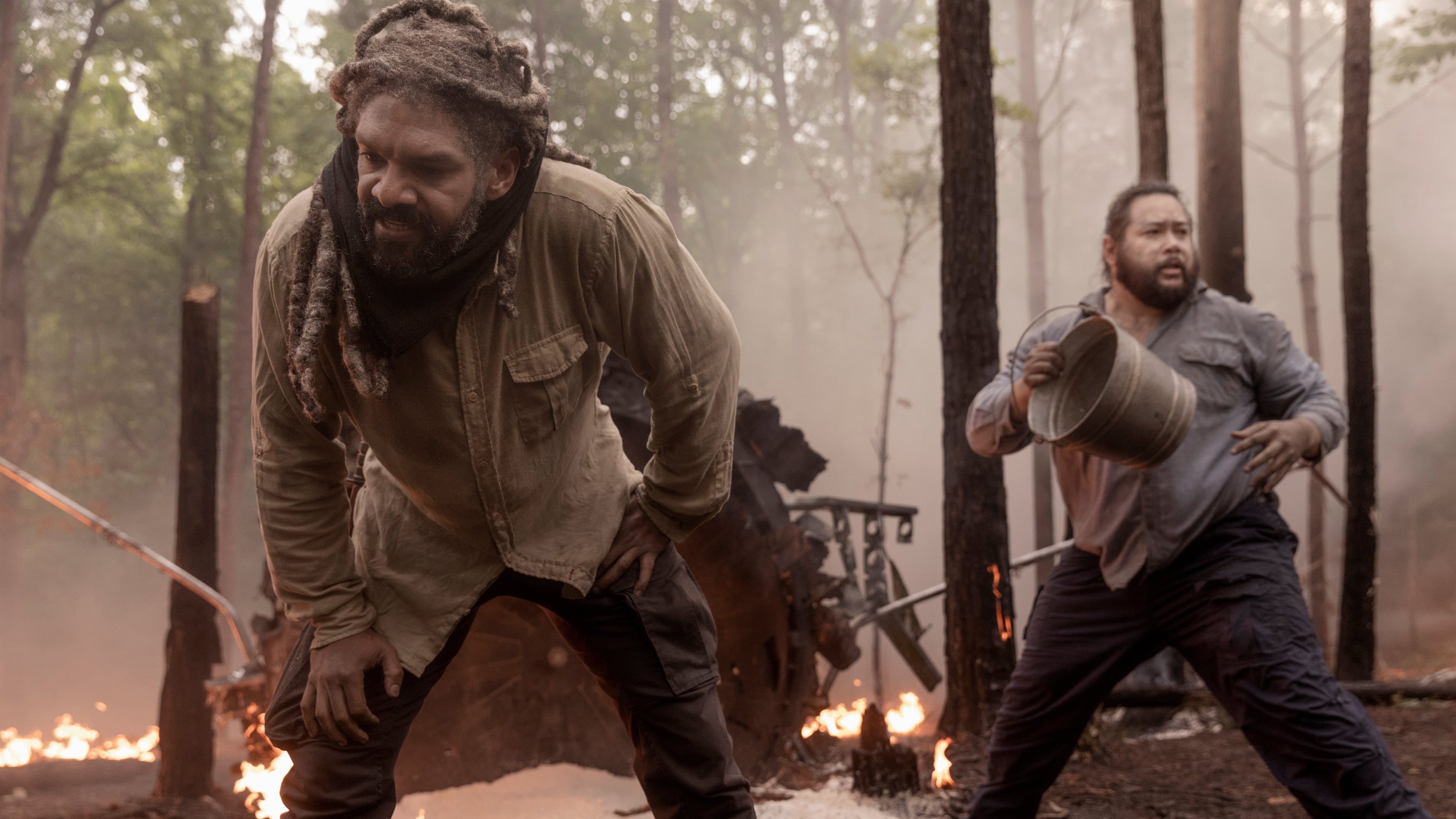 The group in Oceanside continues to train in case the Whisperers return; tensions are high as the heroes struggle to hold onto their concept of civilization.

At Oceanside, the Coalition trains to fight in case the Whisperers return. They are alerted when R.J. discovers a Whisperer mask, and radios Alexandria. While Michonne tells them to simply stay on alert, Gabriel decides to go on lock-down after Negan advises him to do so.

Meanwhile, Michonne and Aaron lead a scouting mission and debate on how to best proceed, when they discover more evidence of Whisperer activity. Back on the beach, Daryl welcomes Carol from months on at the sea and the two have a heart-to-heart conversation. When a Soviet satellite crash-lands in the nearby woods, the survivors are forced to cross into Whisperer territory in order to put out the fire. Later, Daryl and Carol investigate the location of the Whisperers’ herd. While the herd is now gone, Alpha emerges from the trees and stares down Carol.