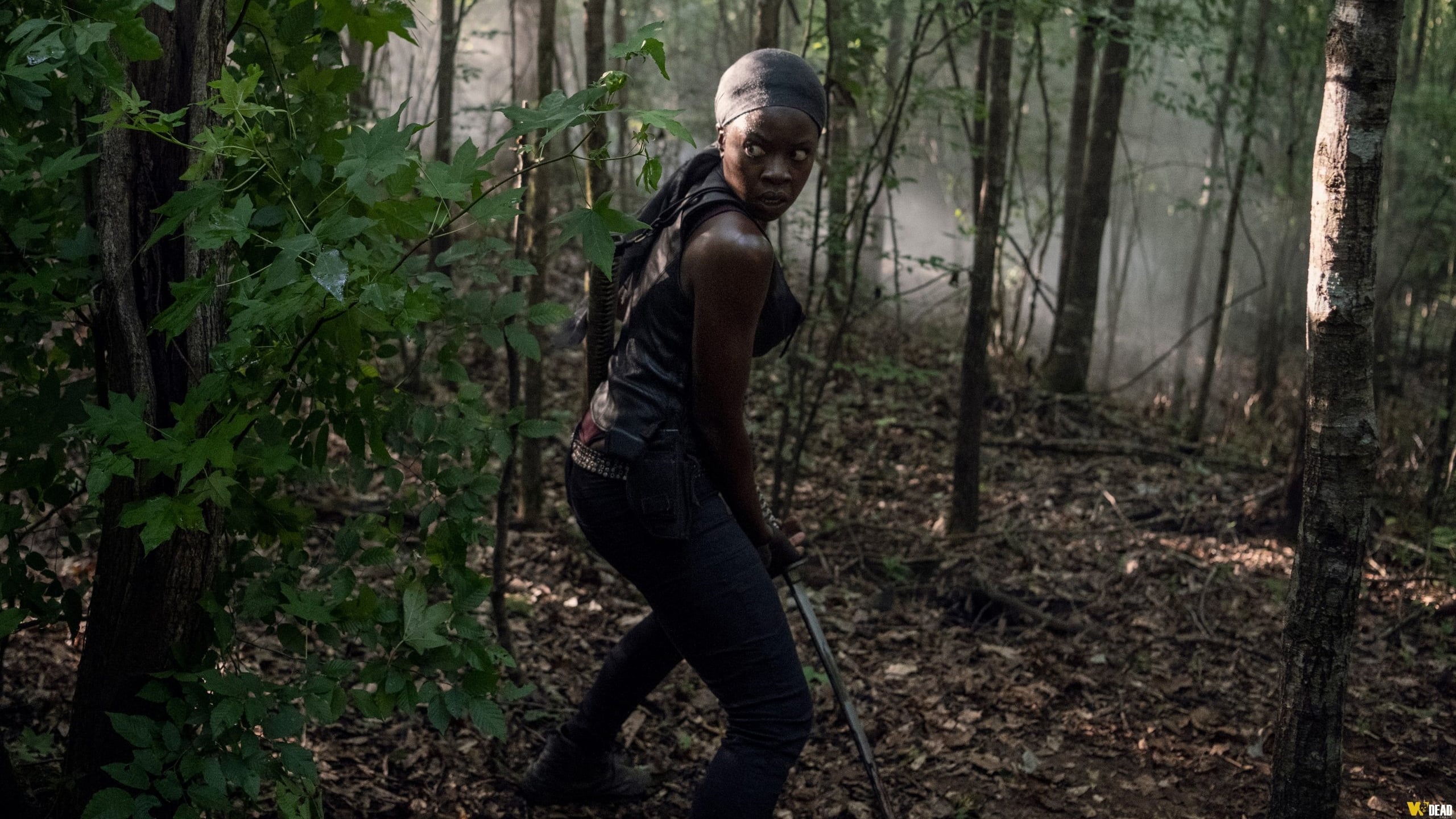 
Plot : What We Become

Michonne arrives at the naval base with Virgil but finds no weapons, soon realizing it’s a trap. Virgil locks her up, and she finds out that there are other captives on the island. Virgil then drugs her, and she experiences hallucinogenic visions of Andrea and Siddiq, and of what her life would have been like if she had sided with Negan and the Saviors. As she comes to, she stabs Virgil, escapes, and frees the others.

She chases Virgil to the armory where she finds evidence that Rick Grimes may still be alive. Allowing Virgil to live, she takes leave of the others and contacts Judith via walkie-talkie to tell of her intent to find Rick; she later comes across stragglers who need help catching up to a large group of organized troops marching ahead of them.