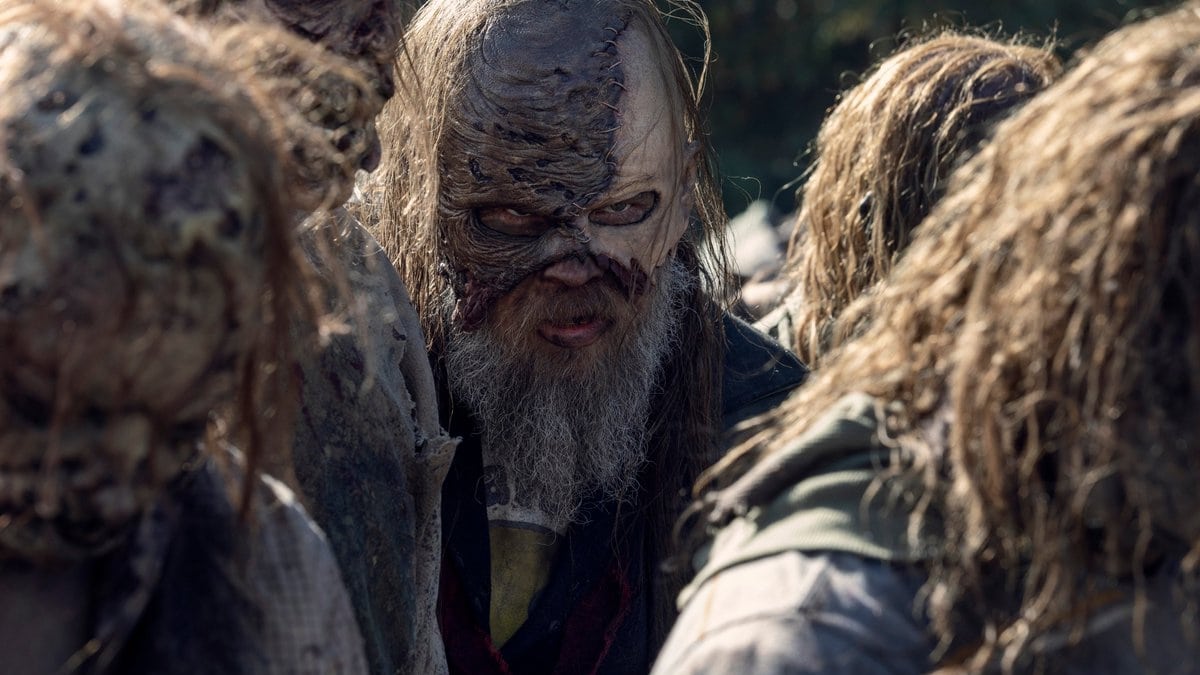 With the hospital surrounded, Daryl and other survivors sneak through the horde and lead it away using a wagon and loud music; Beatrice is killed on the way. Several Whisperers make it into the hospital where Gabriel remains behind to allow the others to escape. Maggie and a masked survivor rescue Gabriel, having received Carol’s letters and then saving Alden and Aaron.

The Whisperers destroy the makeshift sound system, forcing Daryl’s group to infiltrate the horde and kill the Whisperers one by one. After a fight with Negan, Beta is wounded by Daryl and consumed by the walkers. Lydia and Carol lead the horde over a cliff. Meanwhile, Eugene’s group is captured by armed soldiers while trying to make his rendezvous, and Virgil finds an exhausted Connie near Oceanside.