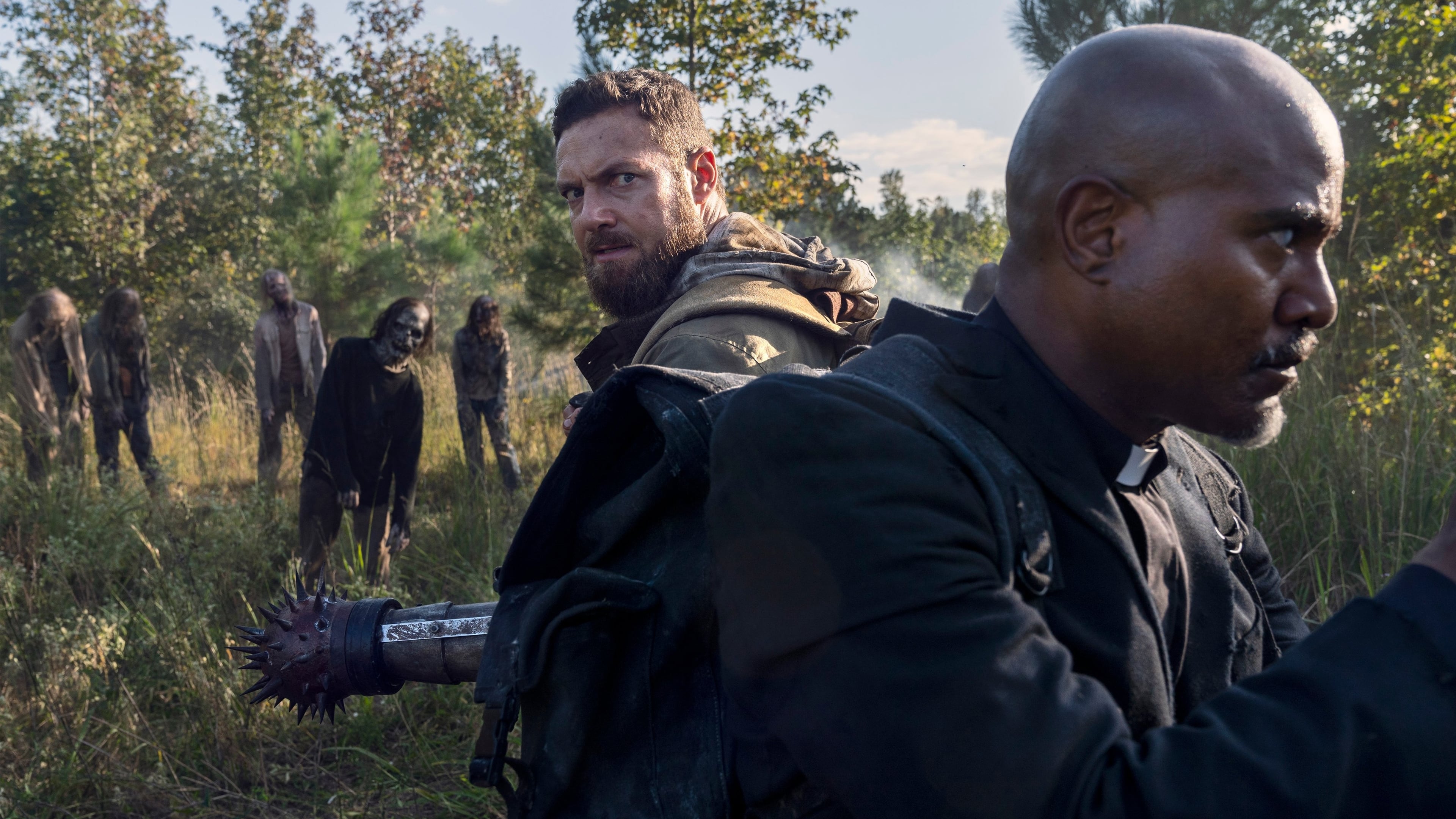 While on a supply run, Aaron and Gabriel find an apparently abandoned warehouse and spend the night. The next day, Aaron is missing and a gunman named Mays approaches Gabriel who tells him that this is his safehouse and that Gabriel and Aaron have taken his supplies. Mays reveals a tied-up Aaron and forces him and Gabriel to play Russian roulette. Gabriel and Aaron try to convince him that not all people are bad, but he refuses and confesses what he did to his family.

When Aaron is about to pull the trigger on himself, Mays tells him to stop. When Mays unties them, Gabriel kills him with the mace from Aaron’s prosthetic arm. They then discover Mays’ captive brother, along with the corpses of his family, in the attic. Aaron and Gabriel try to free him but he kills himself.