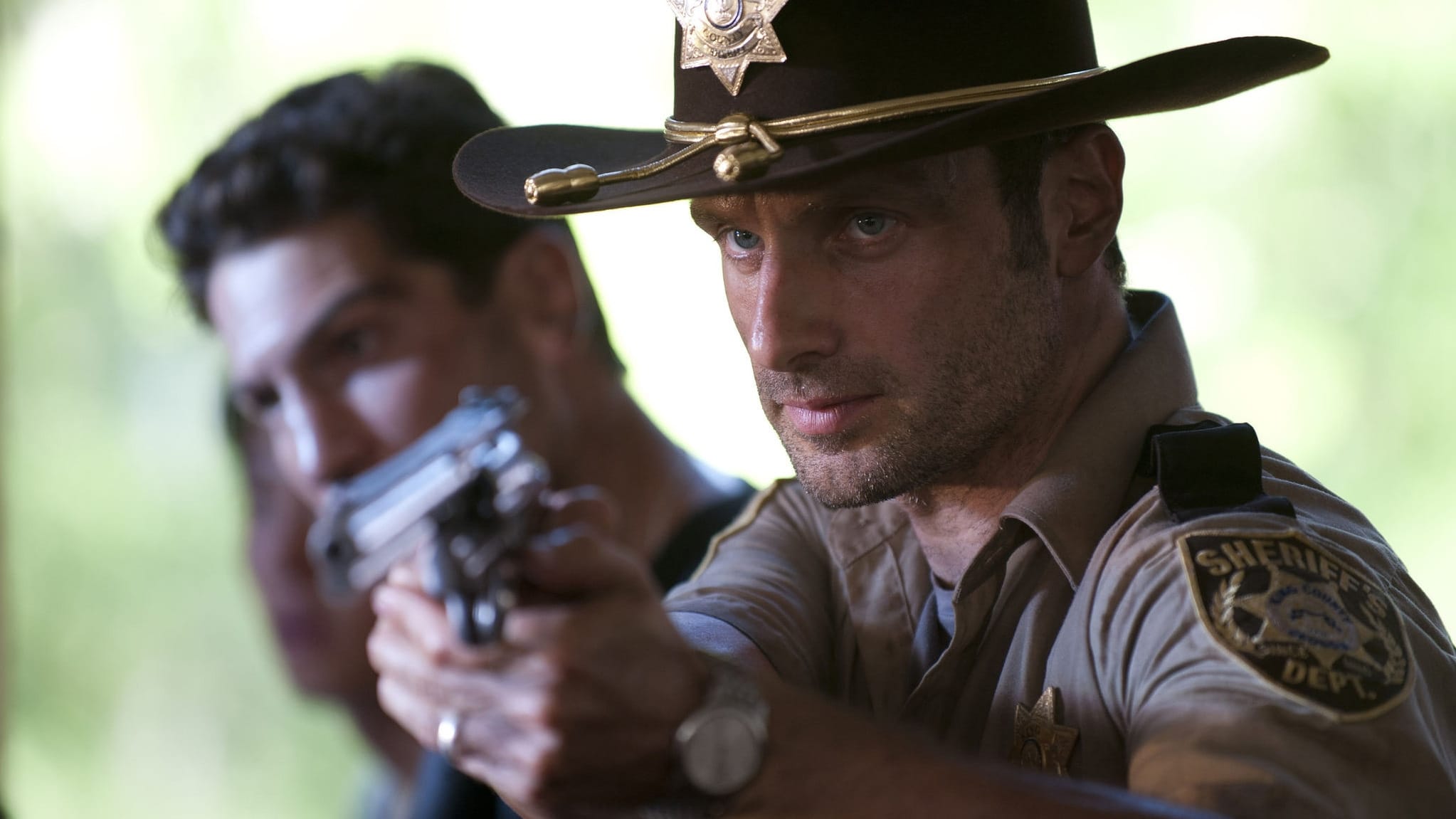 
Plot : What Lies Ahead

The caravan of survivors finds the highway blocked by abandoned cars. Just then the radiator hose on Dale’s RV bursts. The group decides to make a stop to get fuel and supplies from the scattered vehicles.

After a tense scene, during which T-Dog finds a bloody baby-seat in a car, a large herd of walkers approaches. Dale is stuck atop his RV, Andrea is stuck inside the RV, while the others hide underneath the cars. A walker hears Sophia crying and begins chasing her. Terrified, Sophia makes a run for it, as two zombies chase her down a ditch and into the woods. Rick rushes after the walkers, reaches Sophia first, and asks her to stay hidden in a tiny hollow at the mouth of a stream. He leads the two walkers away to kill them. When Rick returns he discovers Sophia is gone. The group organizes a search to find the girl before sundown. While marveling at a stag deer in the forest, Carl is critically wounded by a hunter’s gunshot.