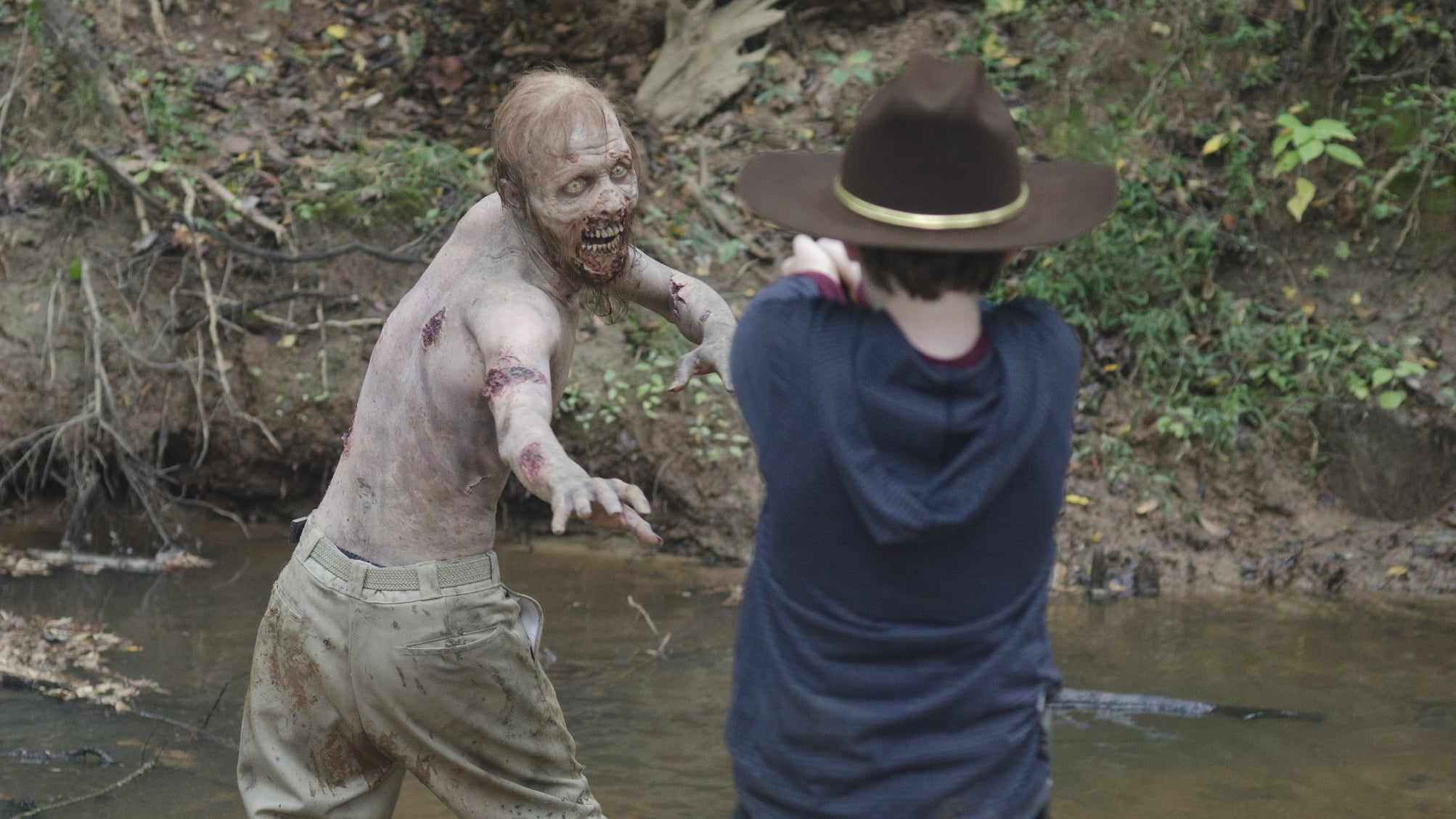 Daryl tortures Randall for information. Randall reveals that he comes from a large group. In the time he was with them, he saw some members rape two teenagers, although he did not participate. The group believes that Randall is dangerous, and decide that they should execute him.

Dale begs the group to reconsider. He feels that if they kill Randall they will sacrifice the morals that keep them human. Meanwhile, Carl has grown cold and bitter, disrespecting Carol and stealing a gun from Daryl. He attempts to execute a trapped walker, but instead inadvertently causes it to escape. Carl is forced to flee.

At the farm there is a final vote on Randall’s fate. Dale attempts one last time to convince the others not to execute the man. Dale’s words make the others feel guilty, but only Andrea changes her vote. Dale storms out, lamenting that the group is broken.

Hershel gives Glenn a pocket watch, a family heirloom that shows that he approves of Glenn’s relationship with Maggie. Rick, Shane and Daryl take Randall to the barn to execute him. The process is temporarily postponed when Carl is revealed to be watching. Meanwhile, Dale explores the land and comes across a gutted cow. He is then attacked by a walker which rips open his abdomen. Daryl arrives and kills the walker, and when the group arrives, they realize they can’t save Dale.

Carl is shocked to see that the walker that gutted Dale is the same one he accidentally released. Rick attempts to put an end to Dale’s misery, but is too distraught to do it. Daryl volunteers, takes the gun from Rick, and proceeds to shoot Dale.