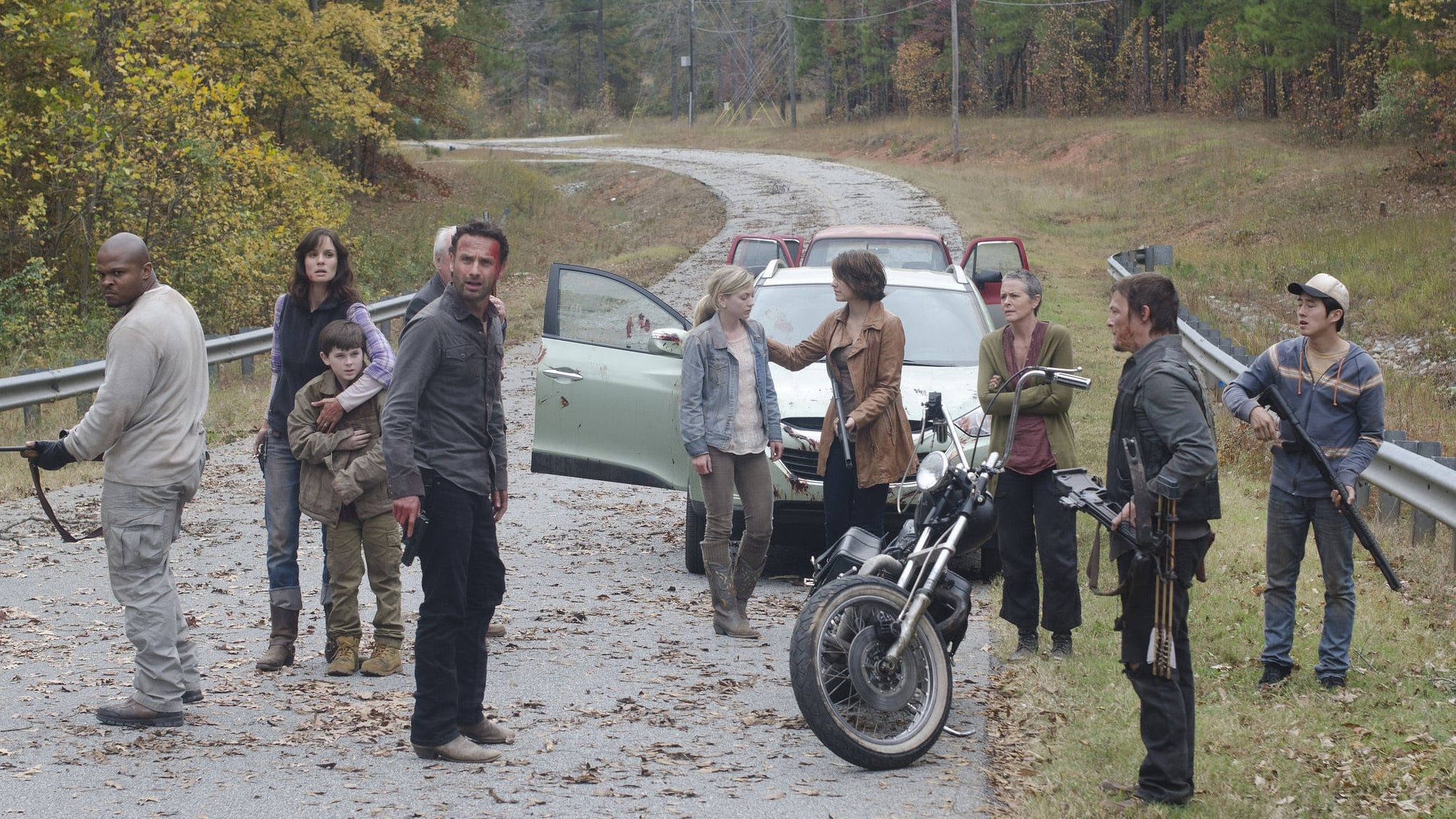 
Plot : FINAL : Beside the Dying Fire

Carl questions Rick about Shane’s death. There is no time to discuss the matter, though, as the two are forced to flee to the barn as walkers close in. The two corral a number of walkers inside the barn, then burn the structure in an attempt to eliminate the creatures.

Daryl and Glenn report Randall’s death and reanimation to the group. The survivors then spot the horde. They devise a plan to lead all the walkers away, but it fails. Beth’s boyfriend Jimmy and Otis’ wife Patricia are killed. The group has no choice but to leave the farm.

Andrea is left behind, and attempts to fend off numerous walkers. She is saved when a hooded figure, wielding a katana and accompanied by two armless walker pets, intervenes. The survivors, with the exception of Andrea, reunite on the highway. They camp out for the night after they run low on gas. Rick admits to Lori that he was forced to kill Shane in self-defense. Having softened her position on Shane, Lori is stunned about this revelation. She withdraws from Rick.

When Daryl confronts Rick about Randall’s reanimation, Rick reveals what Dr. Edwin Jenner whispered in his ear: They are all infected. Anyone who dies from any cause, under any circumstance, will reanimate. This revelation upsets the group. When they question Rick’s leadership, Rick snaps, telling them that he never asked for the leadership position, and he has done everything he can to keep the group safe.

He shouts that he killed Shane for them. He tells them that anyone is welcome to leave, if they feel they can do better without him. When no one chooses to exit, he, issues a final warning: “If you’re staying, this isn’t a democracy anymore.” He has established himself as the group’s leader.

As the camera pulls back, it is revealed the group is unknowingly camped near a fortified prison.