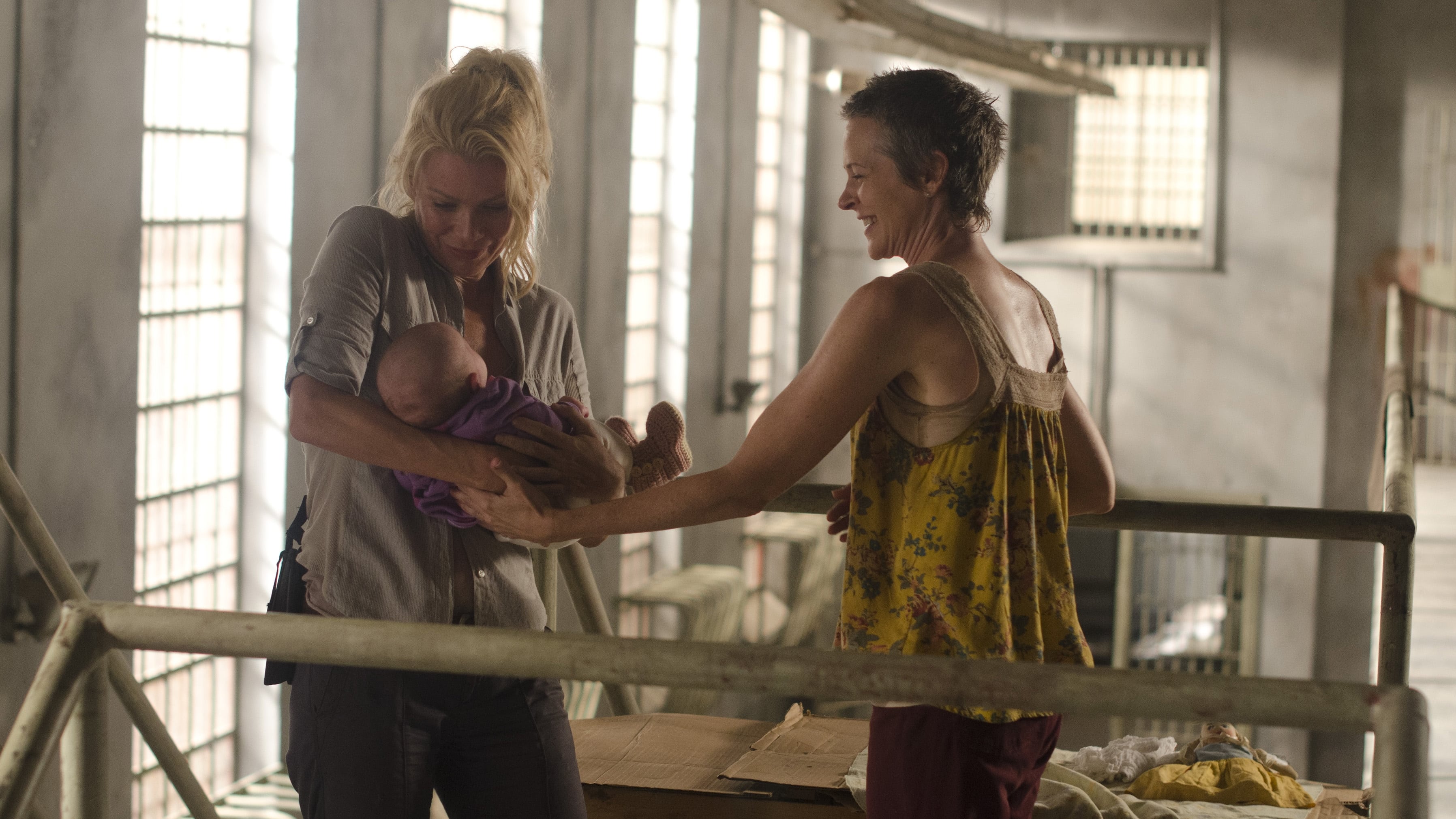 The survivors regroup in the cell block following The Governor’s assault. Rick and Glenn want to stay and face The Governor; Hershel thinks they should flee. Merle tells them The Governor won’t stop until they are all dead. As Rick surveys the walker-infested prison yard, Carl expresses his opinion to his father that he should stop being the leader.

In Woodbury, The Governor tells Milton to enlist residents aged thirteen and up to fight. Milton calculates that will give them 35 soldiers. After confronting the Governor about the prison attack, Andrea decides to go to the prison, with Milton’s help. She hopes to make peace with her former companions. Arriving at the prison, she is initially treated as an intruder, until they learn of her true intentions. While catching up, Andrea suggests negotiating for peace with Philip, but the group is doubtful. Carol encourages Andrea to kill Philip in his sleep. Andrea returns to Woodbury, and after sleeping with Philip, she stands over his sleeping form. She holds a knife, but cannot bring herself to kill the man.

Milton finds Tyreese’s group after they’ve left the prison, and takes them to Woodbury. The Governor welcomes them to stay as long as they like, then brings up the Survivors. Tyreese recounts his experience at the prison, and offers to join the fight.