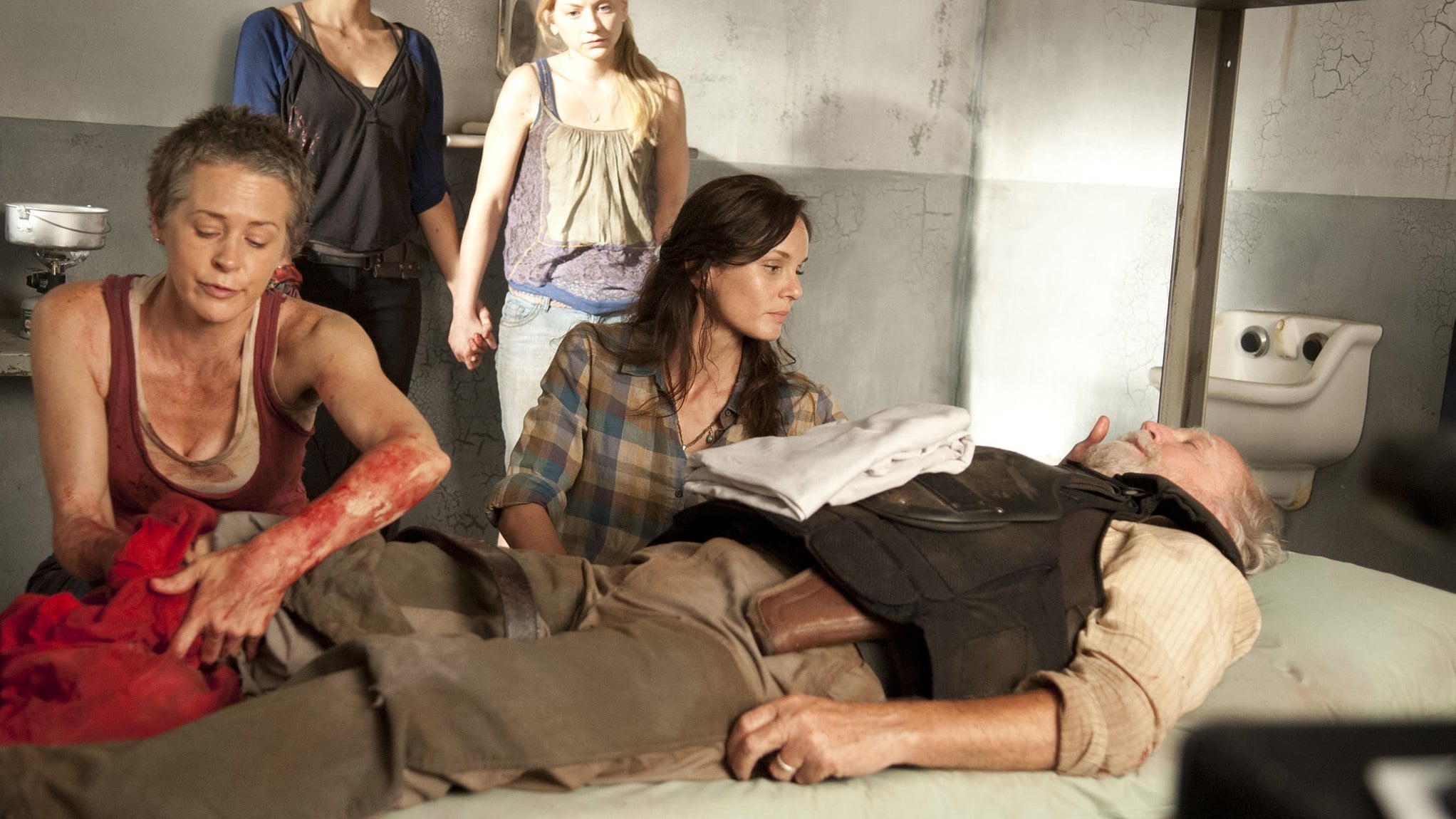 Picking up from the last episode, Hershel is rushed back to Cell Block C and are followed by prisoners Axel, Tomas, Big Tiny, Oscar and Andrew. A standoff occurs between the prisoners, T-Dog, and Daryl, with Rick intervening. Rick tells the prisoners about how the world has been completely overrun by Walkers (as the convicts had no knowledge of outside conditions). Because Tomas wants to claim the prison for his own. Rick cuts a deal with him to help them secure a separate cell block in exchange for half of their food.

While Rick and the others go to work on the project, Carol, Lori, Maggie, Beth, Carl, and Glenn stay in the cell block and try to save Hershel. The man stops breathing at one point, but Lori saves him. Clearing a cell block for the prisoners, Big Tiny is scratched by a walker and then killed by Tomas while the group is discussing what to do.

Once they reach the room outside the cell block, Tomas ignores Rick’s warning and opens up both doors, allowing a herd of Walkers to rush in. During the fight, Tomas tries twice to kill Rick; he swings his weapon too close to Rick, and pushes a Walker on top of him. After the Walkers are cleared, Rick retaliates by chopping Tomas in the head with a machete. Andrew runs away, but Rick locks him on the outside where Walkers are roaming.

Rick decides to let Axel and Oscar live, as they didn’t appear to be involved in Tomas’ plot to kill him. The group returns to Cell Block C. Rick holds Hershel’s hand as he awakens, and thanks Lori for saving Hershel’s life. He meets up with Lori outside, and for the first time in months, he touches her. He then tries to minimize the significance of the gesture, saying the whole group is grateful for saving Hershel. He walks away, never making eye contact with Lori.