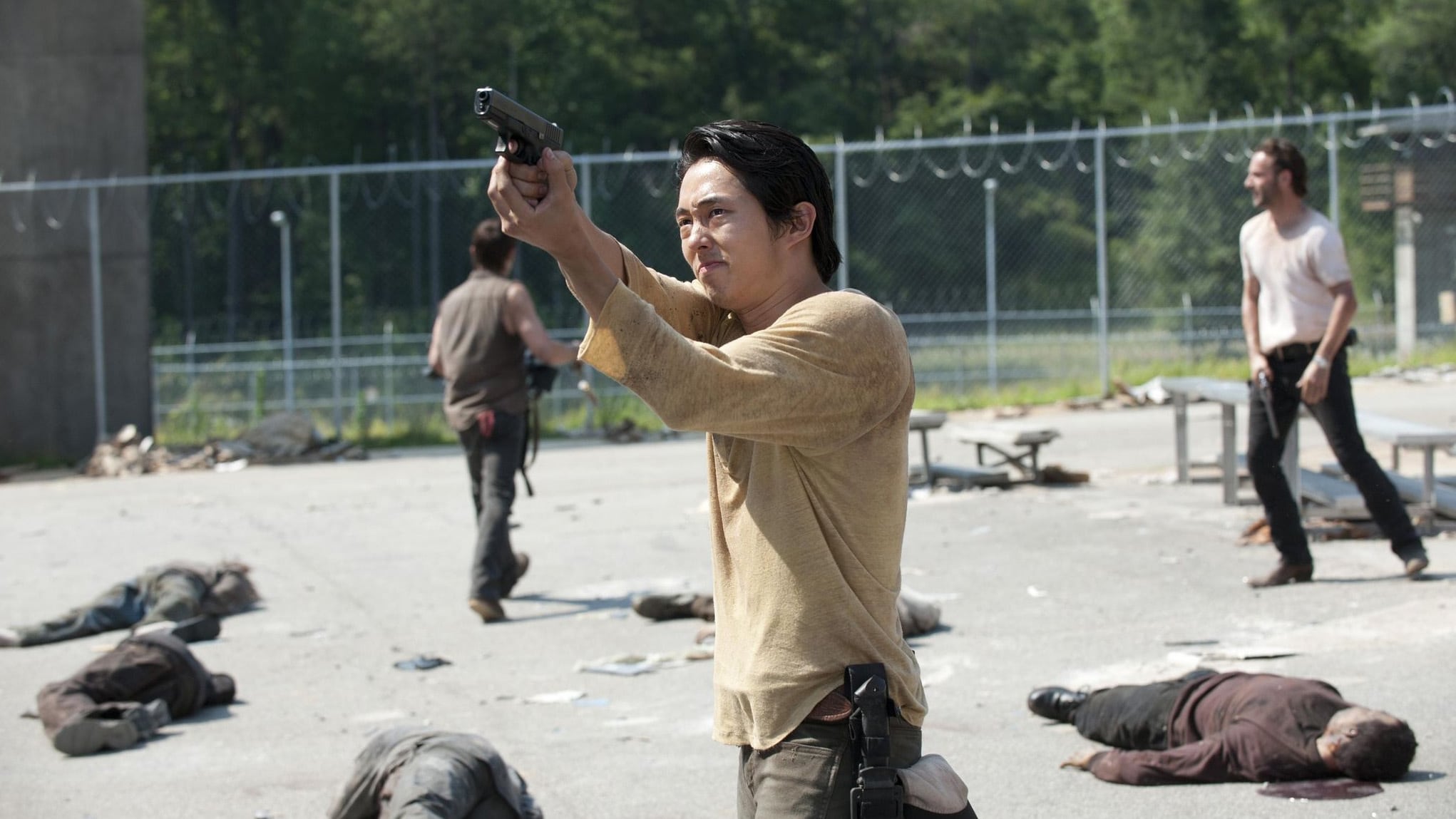 While planning to burn all of the Walkers the group killed inside the prison, Rick and the others receive an unexpected visit from Axel and Oscar. The two want to leave the prison, which everyone but T-Dog is okay with. While Rick, Daryl and Glenn go to get wood to burn the corpses, Walkers start to invade the courtyard, forcing the group to split up.

The group learns that someone broke the latch on the front gate, which allowed the Walkers to enter. They suspect that either Axel or Oscar committed the crime. Soon after, a loud prison alarm sounds off, attracting more Walkers. Rick, Daryl, Glenn, and the two inmates make their way to the generator room to shut off the alarm. T-Dog and Carol run off, and T-Dog is bitten on the shoulder. He saves Carol by holding back a group of Walkers, and in the process is eaten alive. Meanwhile Rick is attacked by Andrew, the inmate that Rick left out in the prison yard. The man had somehow managed to survive, and returned for revenge. As Andrew comes close to getting the upper hand, he is shot in the head by Oscar.

On the way back, the group finds T-Dog’s corpse being devoured by two Walkers. In another generator room, Lori has gone into labor. Maggie is forced to do a Cesarean section, knowing it will kill Lori. Carl says goodbye to his mother, and after she dies, he puts a bullet into her brain.

After regrouping and realizing that there are still people missing, Rick demands to search for Lori,but then hears an infant crying. As Rick notices that Lori did not return with Maggie and Carl, he correctly assumes the worst, and sobs over the loss of his wife.

In Woodbury, Andrea and Michonne don’t agree over whether or not to stay. Merle wants to find the Greene Family Farm, but the request is denied by The Governor.